Donald Trump's shadow looms over a swing district in Pennsylvania

Republican candidates in one Pennsylvania district see their path to victory: Be as pro-Trump as possible 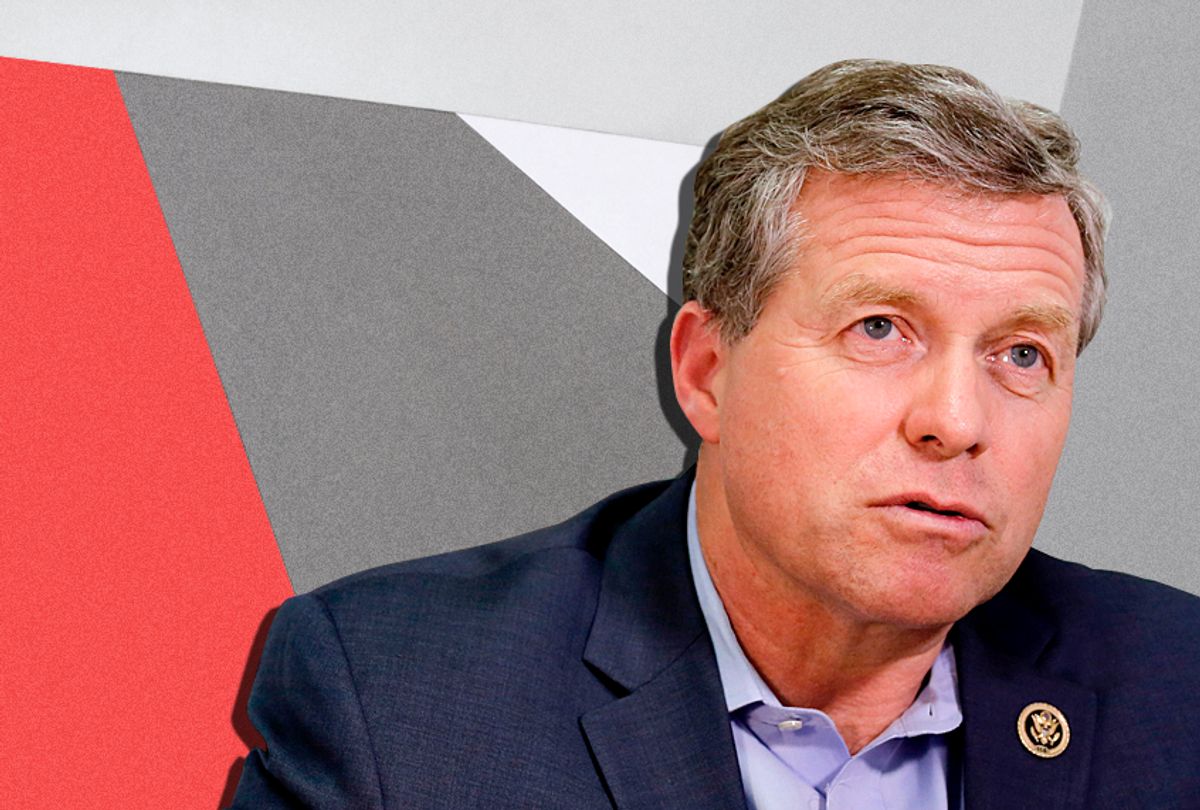 The Lehigh Valley of Pennsylvania is an almost perfect microcosm for the rest of the country. There's a healthy share of liberals, and a fair number of conservatives. And there's a good mix of Democrats and Republicans in the newly formed 7th Congressional District, all of them passionately invested in the fate of their little corner of America's Keystone State.

Thanks to the redistricting by the Pennsylvania Supreme Court, however, only two Republicans remain in the GOP primary to replace outgoing fellow Republican Rep. Charlie Dent: Former Lehigh County Commissioner and business executive Dean Browning and Olympic champion Marty Nothstein, who serves on the Lehigh County Board of Commissioners.

But first, a little bit about Dent. A well-known moderate and alumnus of the so-called Tuesday Group, Dent has been a poetically appropriate congressman for the Lehigh Valley, regardless of what one thinks of his actual politics. For the most part, Dent is a conservative, but he has also taken open pride in his ability to work with politicians on the other side of the aisle. In addition, Dent has taken liberal stances on a few key issues, from supporting the repeal of "Don't Ask, Don't Tell" to opposing the Republican bill to repeal Obamacare.

In other words: Dent has been a conflicted Republican in a conflicted district, making it unsurprising when he decided not to seek reelection in a GOP increasingly defined by the politics of President Donald Trump. And it's Trump who is defining the primary race between Browning and Nothstein, each of whom is politically compelled to ride on his coattails.

That came through when speaking to Browning, who was eager to tell Salon that a Nothstein supporter, local Republican Wayne Woodman, was an outspoken critic of the president. The pugnacious Tea Partyer made it clear that, if nothing else, he felt Nothstein would not be as reliable a supporter of Trump's agenda as Browning himself would be.

"To be honest with you, in listening to his campaign speech, other than him saying that he won a gold medal and that he will work very hard and that you don't succeed unless you have a finish line and starting point, I'm not quite sure what his agenda will be once he's in Washington," Browning told Salon about Nothstein.

And that's the conflict in the Pennsylvania Republican Party — at least here. Can any Republican be as Trump-like as Trump himself?

Browning laid out what he would try to do and which issues would be most important to him if he was elected, identifying three main areas of concern. In the interview he left no room for ambiguity, establishing who he was and what he believed in unmistakable language.

"First and foremost in that is securing our borders and stopping illegal immigration," Browning told Salon. "And specifically within that, I believe that we need to do away with sanctuary cities and counties. My approach in Congress, if I was in Congress, I would vote to strip every penny possible from any sanctuary city or county and use that money to increase the number of border agents that we have."

Browning also got noticeably angry when this reporter asked him about the ongoing investigation into Trump's alleged collusion with Russia.

"There hasn't been anything proved definitively that there was any collusion whatsoever. To me this is something that is made up by the left and perpetuated as a means of discrediting President Trump," Browning told Salon. When pressed on details like Donald Trump Jr's open willingness to accept Russian dirt on Hillary Clinton and Trump himself openly calling for Russia to find Clinton's missing emails, Browning attacked the line of questioning.

"He said that in jest, in a news conference..." Browning told Salon about the then-candidate's call for Russia to find Clinton's missing emails. "I thought this was gonna be a serious interview."

Browning insisted that the line of questioning about Russia was "bulls**t" and "idiotic," but finally answered the Trump-Russia questions: "Quite honestly, that has been investigated and from my standpoint the investigation has been concluded. The House Intelligence Committee has already rendered their opinion that there is no collusion."

Nothstein declined to be interviewed by Salon, but Northampton County Republican Party Chair Lee Snover — who was direct about her support for Nothstein — emphasized her belief that Nothstein would be a staunch ally for Trump.

"Marty Nothstein is going to be 100 percent for the Trump agenda and he is not one ounce against Trump," Snover told Salon. "And if you do some research, if you go back to about 2008 or so, Dean Browning was a RINO (Republican in name only), a huge moderate Republican. He just recently, in the latter years, became a Tea Party kind of Trump guy real recently."

Like many Republicans, Snover also tried to promote Nothstein's cause by casting him as anti-establishment, an anti-politician to be favorably contrasted with Browning.

"Dean Browning is an excellent Republican primary candidate . . . He's memorized all the lingo, he's got all the right-wing terms, he does the Tea Party, he uses the word 'Constitution,'" Snover told Salon. "However, I do not see him as being able to succeed in a general election. He is really not an outsider. Marty is more of an outsider."

Snover's assessment of Nothstein's lack of political experience was somewhat reinforced by Tom Carroll, the chairman of the Bethlehem Republican City Committee and vice chair of the Lehigh Valley Tea Party, who has not endorsed either candidate.

"Marty Nothstein is a little newer to the scene in that sense... His public statements have been more recently, 'I am supportive of the Trump agenda,' although he doesn't seem to articulate specifics as much as Dean does," Carroll told Salon. "I think they're both honorable people, I think they both are conservative, I think they look at it from different points of view."

Carroll also emphasized that he believes both men are "genuine," which he said would make either one superior to the incumbent Republican congressman.

"You want to make sure they're not doing what the Charlie Dents of the world have done to us for decades now, which is every two years come to us and say, 'I'm pro-life, I'm pro-Second Amendment, I'm you know whatever,' all the red meat terms for conservatives," Carroll told Salon. "They go to D.C., they don't vote the right way, like Charlie Dent coming back and saying, 'I couldn't vote to repeal Obamacare,' after promising to do so for all those years, and then giving us an excuse why he wouldn't do it. And then say, 'But you know vote for me again because I'm better than the Democrat.'"

Snover, on the other hand, compared Browning unfavorably to another prominent Pennsylvania Republican — the unsuccessful congressional candidate Rick Saccone.

"Dean resembles that Rick Saccone out in western PA," Snover told Salon. "He gives me that feeling. Like yes, he's gonna win a primary, he can win a primary, he's got the Republican primary narrative. But I will never be able to drag Dean Browning over a general election line. Marty I can."

In defending Nothstein's pro-Trump bona fides, however — stating that "I've had conversation after conversation, I've looked him in the eye, I've done a one on one, and he's for the Trump agenda, and he would support Trump" — Snover made one implicit concession to the Browning camp.

"I would agree, he needs to be officially in writing on the record or on the word on the record on that, but he has expressed to me on more than one occasion that he is a Trump supporter," Snover told Salon.

Snover also offered some insight into how Republicans hope to win in Pennsylvania's 7th district this year, regardless of whether the primary voters pick Browning or Nothstein.

"I prefer the most liberal, the most progressive to win, because that's a great contrast for us," Snover told Salon, identifying lawyer Susan Wild as an example of the type of candidate she believed Republicans would have the easiest time defeating. By contrast, she expressed more trepidation about District Attorney John Morganelli, an outspoken moderate, who she argued has "that Joe Manchin thing [a reference to the centrist United States Senator from West Virginia]. He talks like us but votes like them."

For more on the Democratic side of the race, check out my article from two weeks ago.