Lusting after celebrity men in the #TimesUp era: It's complicated

In a world where beloved artists are now being unmasked as predators, female thirst is getting tougher to quench 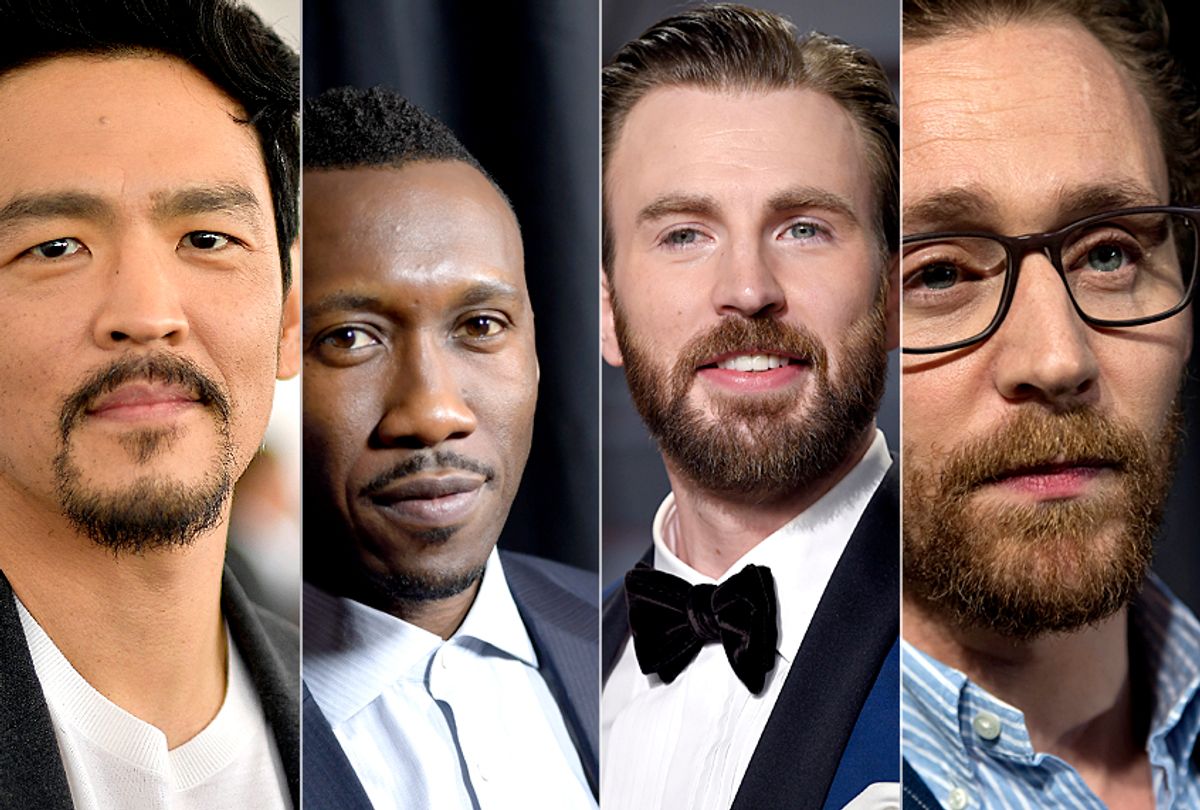 Celebrity crushes. We all get them. But these days, our fantasy baes are becoming increasingly problematic.

As hosts of BUST Magazine’s women’s pop culture podcast "Poptarts," my co-host Callie Watts and I are more likely to be discussing the latest harassment allegations being made against an actor than his latest film. And over time, we’ve found that this constant grind has taken its toll on our overall enjoyment of the media we consume. We needed to give our vicarious libidos a jumpstart, so we invited Bim Adewunmi and Nichole Perkins, hosts of "Thirst Aid Kit" — Buzzfeed’s hilarious podcast devoted to women “lusting out loud” — over to our studio to remind us that there are still, in fact, men in Hollywood worthy of our affections.

Not surprisingly, as authorities on famous men, Adewunmi and Perkins have also had a tough time figuring out who to enthusiastically endorse in the #TimesUp era. “We’ve had to reconcile ourselves to the fact that we are attracted to men in this age where it seems like everything they do is shit,” Perkins told us. “It’s hard, but we try to create a place for people to enjoy the fact that they are going to be attracted to whomever they’re going to be attracted to. That being said, there are a lot of people we’ve had to take off our [lust] list because something has come out about something they did. It’s hard, because we feel like, Ugh! Why can’t you just act right?”

Adewunmi agreed. “Fans and listeners have said, ‘You have to do an episode on X,’ and we’re just like, ‘Uh, cool story, but we’re not going to, because we’ve heard this stuff about him.’ There are stories that have been swimming around for years and many of those people we just don’t fancy anymore. But sometimes, you hear something about someone you actively fancy, and it’s like, Oh for fuck’s sake!"

"In terms of our podcast, we won’t do an episode about anyone we don’t fancy, so that has to be the starting point. And in selecting the people that we actually end up featuring on the show [like Tom Hiddleston, Chris Evans, Colin Farrell, Mahershala Ali, Keanu Reeves, and John Cho] we do go through a rigorous checklist," she said. "People think that just because you’re in a studio chatting about hot dudes that you don’t really do any research, and it’s like, ‘No, no. We do actual work. This is a job.’”

“We are two straight black women and talking about lust and desire and sexuality and all these expressions of humanity is not something that has traditionally been given to black women,” Adewunmi continued. “So when we walk into the studio and we present our thoughts and our ideas and our analysis, what we are very careful not to do is to carry the burdens of all women everywhere. We are not every woman — contrary to the Chaka Khan song. But we are two women with a very specific set of attributes. We are straight, we are cis, we are black, and to be honest, there aren’t that many of us doing this sort of thing in any arena, let alone on a podcast with a platform like Buzzfeed. Sometimes we’ll say, ‘This is our favorite thing,’ and if some listeners don’t agree, we’ll just say, ‘Let us live our lives. Let us say what we want to say. Let us fancy who we fancy.’ We’re trying to find a happy medium where we talk about someone we fancy that hopefully other people fancy and then it’s a beautiful thing.”

“We can’t be all things to everybody,” explained Perkins. “But getting back to doing what we do in this age of #MeToo and holding men accountable for their actions, we’re just going to keep doing what we’re doing and hopefully people will enjoy it and it will feel like a break. The news is so heavy, even just scrolling through Twitter, the headlines can ruin your day. So we hope that hearing women giggle about Oscar Isaac’s hair will brighten your day a little bit. We’re not trying to tell you who to like, we’re just trying to help you approach whoever you like with the same enthusiasm that we have.”

Listen to the rest of our discussion about lusting after celebs: