A shocking new report claims that a fake page exploited black oppression, and the tech gaint was slow to respond 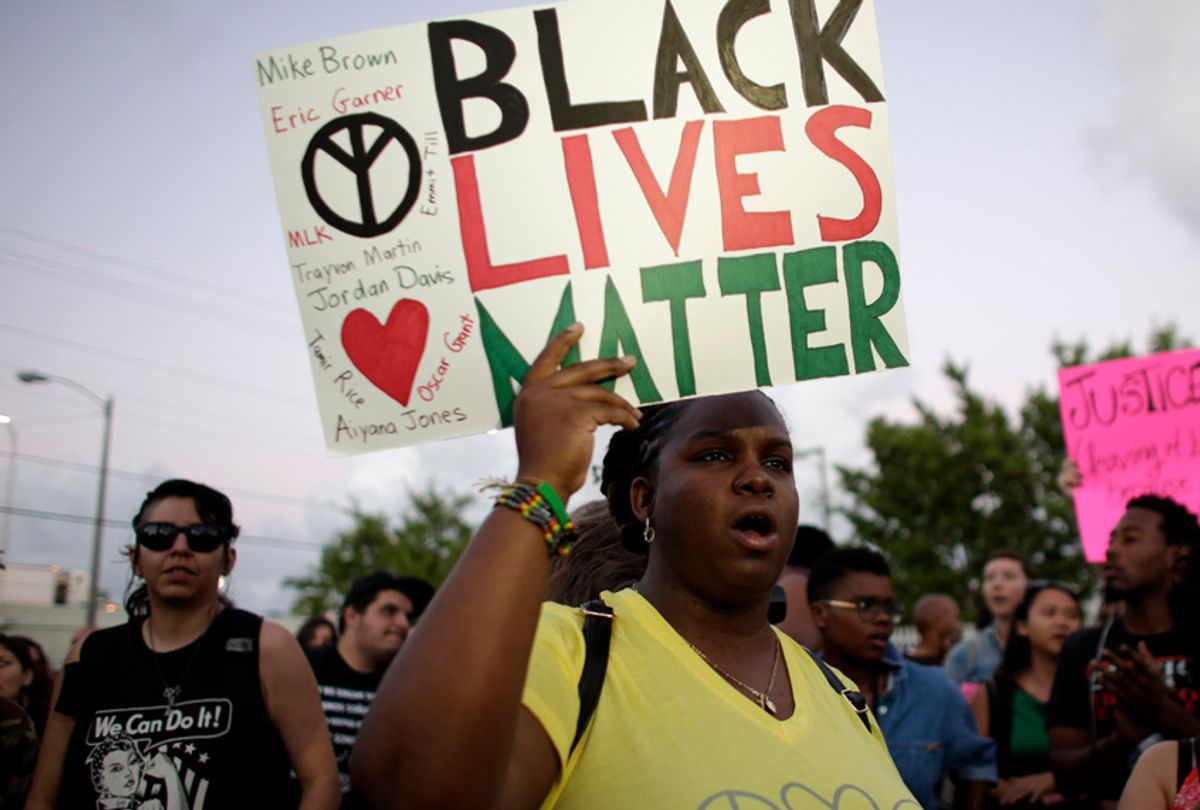 A fake Facebook page posing as part of Black Lives Matter – and with a following two times the size of the movement's verified Facebook account – ran for at least a year and has been linked to a white man in Australia, according to CNN. The page, titled "Black Lives Matter," reportedly solicited money through online fundraisers, claiming the donations would support associated causes.

However, CNN has revealed that the page raised at least $100,000 – and at least a portion of that money was transferred to Australian bank accounts. With nearly 700,000 followers,"Black Lives Matter" had fundraising campaigns with PayPal, Patreon, Donorbox and Classy. Only after CNN contacted PayPal and Patreon for comment did they suspend the campaigns. (Donorbox and Classy had previously taken action.)

Tuesday, Facebook CEO Mark Zuckerberg will testify before Congress in the wake of revelations that the personal and private data of more than 80 million users was harvested by Cambridge Analytica, a British consulting firm with ties to the 2016 Trump campaign. The data breach was the tipping point, and the fake "Black Lives Matter" page only adds to the mounting list of controversies surrounding a company that has come under consistent fire for failing to curb rampant fake news and foreign interference in electoral politics.

The integrity of Facebook and the validity of much of its content continues to raise questions about misinformation and transparency. When CNN approached Facebook about its findings regarding the sham "Black Lives Matter" page, the social media juggernaut responded that the page did not violate its "Community Standards," even though it had raised money under false pretenses as it profited from the death and oppression of black people.

Only after more than a week of repeated emails did Facebook finally suspend the page (although it was a byproduct of the suspension of the user account of the page's administrator), CNN reported. Arguably more disturbing is the fact that Black Lives Matter co-founder Patrisse Cullors tweeted that the movement had contacted Facebook about the fraudulence of the page months earlier.

"These fake BLM accounts and fake BLM people literally stealing money off of black death is so stomach churning I can’t even begin to explain," she wrote. "We told Facebook over and over again to shut that sh*t down. And it wouldn’t. Glad it’s down now."

Cullors added that the movement's founders also had to demand that Twitter remove a fake Black Lives Matter account last month. "We deal with the co-option of our work locally, nationally and globally. It is important that platforms like Facebook and Twitter do their due diligence so supporters aren’t misled and resources aren’t misappropriated," the movement's verified account tweeted.

These missteps are becoming routine for Facebook. As CNN reported, "Not for the first time, Facebook took action against a major bad actor on its site not on its own, but because journalists made inquiries." And racial justice causes and groups have been particularly susceptible to Facebook's inaction and lax security measures. In Sept. 2017, a CNN investigation revealed a social media campaign linked to the Russian government called "Blactivist" on Facebook and Twitter. The campaign exploited racial injustices including mass incarceration and police killings to amplify political and racial tensions during the 2016 presidential election.

Black Lives Matter already faces numerous blockades to organizing. Activists in the movement have been wrongly labeled terrorists and surveilled by the FBI. The movement's objectives are constantly undercut by propaganda on the right, and even with all the momentum and national attention it has garnered around the perils of police violence, accused officers are rarely indicted or convicted for their alleged actions.

Now, organizers also have to police social media for perpetrators. Cullors told CNN that the investigation into the fake Facebook page shows its harm to the movement. "We rely on donors who believe in our work and our cause and that money will be used in a way that is respectful," she said.

The disturbing page was reportedly removed after CNN contacted one of the Australian men who is reportedly connected to it. "The page consistently linked to websites tied to Ian Mackay, a National Union of Workers official in Australia. The union represents thousands of workers across various industries," CNN reported. "A spokesperson for the National Union of Workers said Tuesday that it has suspended Mackay and one other official while it investigates the situation."

Mackay reportedly registered numerous websites tied to black rights, including in April 2015, blackpowerfist.com. The "Black Lives Matter" Facebook page drove traffic to that and other associated websites, among them blacklivesmatter.media, which in an internet-archived record, names Mackay as the administrative and technical contact.

When CNN asked Mackay about the Facebook page last month, he denied being behind it. And of a Black Lives Matter website registered by him, he said: "I once bought the domain name only and sold it." But within a few hours of the questioning, the Facebook page was deactivated, the outlet reported.

As early as Dec. 2017, journalist Jeremy Massler suspected that the "Black Lives Matter" Facebook page was a scam, and he claimed that whomever runs the page "is trying to make some money off the back of the Black Lives Matter movement."

"It's important to remember the movement was organic and no organizations started the protests that spread across the country," Black Lives Matter activist DeRay Mckesson told CNN. "The consequences of that is it hasn't been easy to think about authenticity in the digital space."