What it's really like to grow up black in America 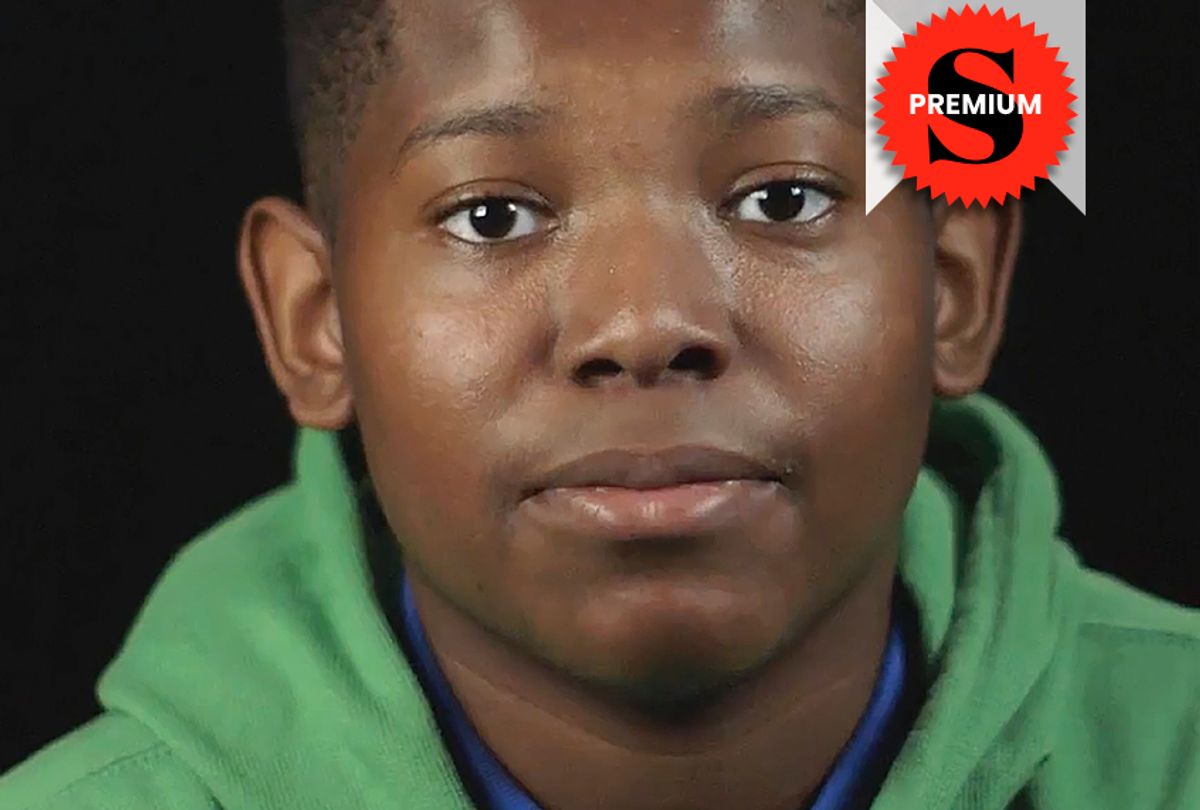 In “A Conversation About Growing Up Black,” young African-American men look straight into the camera and earnestly, lucidly, tell it like it is. The film is disarmingly revealing.

You can watch the full documentary "A Conversation About Growing Up Black" on Salon Premium, our new ad-free, content-rich app. Here's how.

Salon spoke with the directors, Joe Brewster and Perri Peltz, about how they teamed up to make this unflinching and insightful short documentary.

How did you find your subjects?

Perri Peltz: Our goal was to find young black men from varied backgrounds who would be comfortable sharing their experience of growing up black. We cast a relatively wide net and were encouraged by the number of young men who were willing and wanted to share their stories.

How long were the interviews?

Joe Brewster: The interviews were done in two stages, an initial pre-interview followed by an on-camera interview. During the initial interviews, parents and older adolescents were contacted and participated in a 10-15 minute long discussion of consent and the child’s familiarity with the concept of racial bias. The length of the on-camera interviews varied by age — the conversations with the younger kids ran no more than 15 minutes. The interviews with the young men ran anywhere between 30 minutes and an hour.

Perri, you're white, and Joe is black; how did your racial difference inform the filmmaking?

Peltz: The premise behind the Conversation series grew out of our collective belief that our current media landscape is dominated by the filmmaker vantage point or “gaze.” We also believe that we are disadvantaged by a dominant gaze — usually white male gaze — and attempted to advantage the "Conversation Series on Race" with filmmaker teams that brought together co-maker teams that would inherently guarantee a more nuanced view of our participants. If the filmmaker is white, which is all too often the case, the viewer’s experience is being colored by that experience and vantage point. We brought our own experience to the shoots and then into the editing room, and the result reflects our push and pull, our own tensions — individual and shared — around race.

Joe, one of the subjects is your son, right? How was it, filming him?

Brewster: Our son was delighted to participate in the series for a couple of reasons. Firstly, the issue of implicit racial bias was a part of his curriculum at his primary school, The Brooklyn Friend’s School. Miles had been an avid participant in the school-based discussion. Secondly, my wife and I produced “American Promise,” a PBS longitudinal documentary about the rearing of our eldest son, Idris. In a sense, The Conversation Series was his opportunity to join the family business.

The interview subjects' concerns about race often focused on their concern about their parents' worries about them. How did that evolve?

Peltz: You are right; we were both struck by the children's concern for their parents. It is heartbreaking that as these young men of color struggle to cope with the obstacles related to their race and gender, they often struggle with the burden of worrying about their parents’ well-being as well.

What feedback have you received from the distribution of the film so far?

Brewster: We have been overjoyed by the feedback, but more importantly, we are gratified by the Conversation Series' ability to amplify both the national and international dialogue about structural bias. This conversation is long overdue, and we hope it continues.

You shot the film before the 2016 election. How does the Trump presidency color the themes raised in the film?

Peltz: Unfortunately, Trump’s presidency colors all themes raised in this film. His egregious actions make the call to action, the need to discuss, that much more urgent.

Peltz: I just finished a documentary about the opioid epidemic for HBO called “Warning, This Drug May Kill You"

Brewster: I am producing and directing a feature documentary about the life of the American poet Nikki Giovanni, “Going To Mars: The Nikki Giovanni Project.”

Get engaged in "A Conversation About Growing Up Black,” with some bright young men on Salon Premium, our new ad-free, content-rich app.