The burden of wealth: Director Danny Boyle talks about "Trust"

UPDATED: Salon talks with the British director about the Gettys and our enduring fascination with the affluent 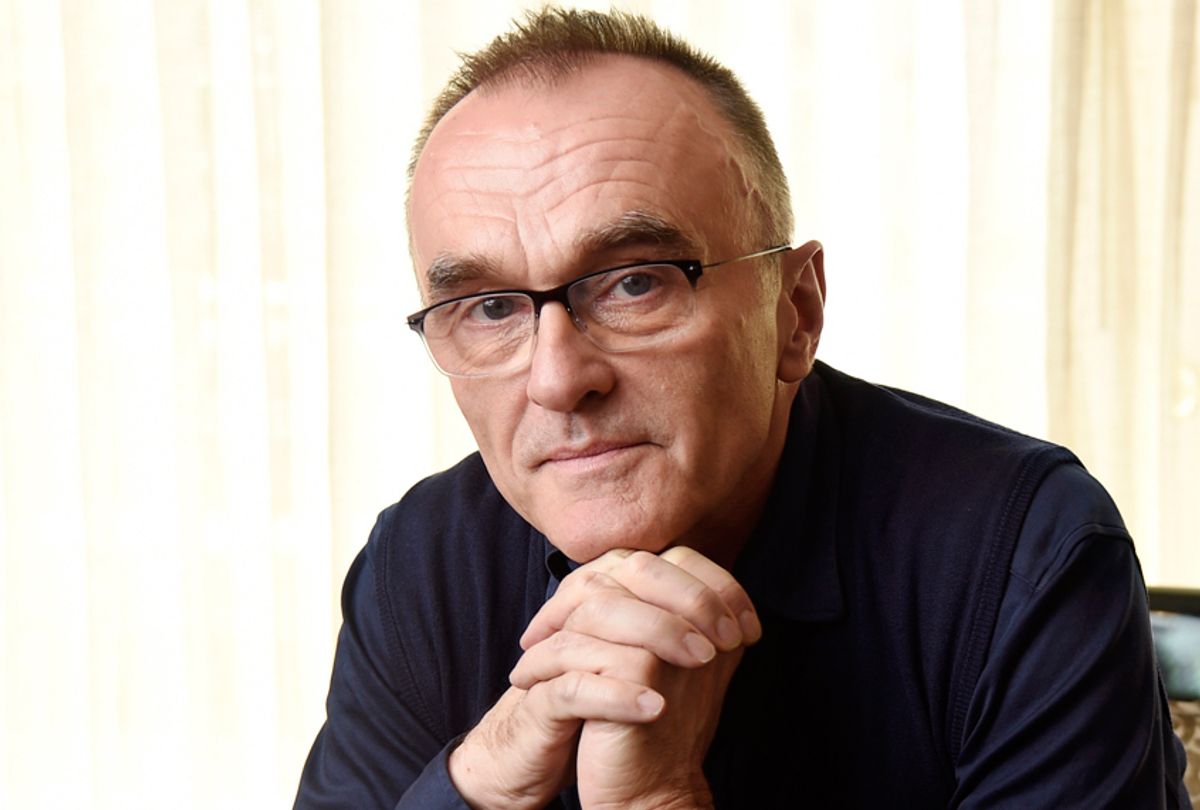 British director Danny Boyle is accustomed to broadening the scope and scale of the stories he adapts for the screen, whether the work in question is one of his earliest, 1996’s “Trainspotting,” or the film that won him an Oscar, 2008’s “Slumdog Millionaire.” Current speculations place him as the frontrunner to direct the next Bond film, the franchise’s landmark 25th. This is after he and his frequent collaborator, screenwriter Simon Beaufoy, somehow wrestled the Shakespearean tragedy that is the Getty family’s history into a 10-episode season of television.

“Trust,” airing Sundays at 10 p.m. on FX, draws influences from a variety of myths and classic literature, including King Lear and other doomed men immortalized by the Bard. “Weirdly, it transmogrifies into a kind of Midas story by the end,” Boyle told Salon in a recent interview, referring to J. Paul Getty Sr. (played in the series by Donald Sutherland) as “a man who has everything and he's the loneliest man in the world. “

“No one knows how the Midas myth ends, but he dies of starvation because everything turns to gold,” Boyle added. “Everyone forgets that, and actually that's the point of the story, not that everything he touched turned to gold, but because it turned to gold he shriveled up and died because he couldn't eat, which is brilliant. That became kind of the metaphor of this story.”

He’s right — few people know the end of that story because it contradicts what we as a culture believe about wealth, and how it equates to our self-image. The world of “Trust” predates the conservatism that preaches about the prosperity gospel, and politicians who equate wealth with trustworthiness. Rich men have everything, their story goes; therefore, they have no need to plunder federal funds or betray voters.

But that’s the present; “Trust” gazes backward at significant chapters in the one of the most famous and wealthiest families in American history and its great father.

When we meet the elder Getty, America’s King Midas, he’s on top of the world: enjoying a harem of girlfriends, shocking his less wealthy but still extremely rich friends with decadent dinner parties to display his jungle cat pet. But the kidnapping of his runaway grandson John Paul Getty III (Harris Dickinson) puts his sense of humanity to the test.

As “Trust” heads into its fourth episode — Boyle directed the first three of the season — the circumstances surrounding one of the most famous crime cases involving America’s economic elite are growing murkier. Was Paul truly a victim, or did he orchestrate his own kidnapping in an attempt to wring cash out of his notoriously stingy grandfather? (This paragraph has been updated since its original publication.)

You can look up coverage of the story, or watch the drama. Either way, while “Trust” does serve as a dark profile of Getty Sr. and perhaps by extension men like him, what it says about our culture’s enduring obsession with the rich and powerful is less obvious. So I put that question to Boyle in addition to asking whether selecting the Getty family as the focus of “Trust” was influenced at all by another major celebrity fond of flaunting his social status and the illusion of affluence as evidence of his superiority. This interview has been lightly edited for length and clarity.

“Trust” reveals how much things have changed in terms of our perception of wealth. Nowadays — much more, I think, than in the early ’70s — the image of wealth is sold to us via celebrity much more than the picture of actual wealth.

It's interesting, isn't it? Because the reality of wealth is, we all think that we want to be wealthy and insanely rich, and buy a sports car and a yacht. And these people did all that and woke up the next day and went, ‘well what can I buy now? Anything.’ And when you can buy anything, what value is anything? What do you do with your day? Because you get bored with the toys very quickly.

There something fascinating about seeing the reality rather than the image of wealth. And the reality is that it's a burden, it's a terrible burden that this poor kid Paul is clever enough to know. He had to run away from it . . . he wanted to be a person in his own right, and live a life on his own terms, not have the family name on his back. And of course no matter how fast you are, you can't outrun your destiny. It just ran and caught him, and he made a fatal error when he was backed into a terrible corner of relying on the family name. That plagued him for the rest of his life, he never recovered from the kidnapping.

. . . Everyone goes, "Man that's a burden I could handle." But really, I don't think people handle it very well at all. It's a very difficult burden. And generation after generation of Gettys have proved how difficult it is to lead a life as an insanely wealthy person that has any sense of satisfaction, or a jot of contentment about it.

How long was this concept brewing for you?

Well before we knew that someone who enjoys slapping his name on buildings, and making his wealth the centerpiece of a celebrity brand that isn't concretely backed up by massive wealth, would become the leader of the free world.

Indeed. Him in particular, yes. But we are very familiar in Britain with Russian oligarchs and the uncomfortably close position to power they have. Plenty of the leaders of the Labor Party were sailing on yachts of Russian oligarchs. They've taken over all the football teams. From about the late ’90s on, Britain, and London in particular, has been full of the insanely wealthy, who park their gold-plated Bentleys outside Harrods and walk around the people begging on the street to get inside. And though the polarity is huge, and Trump is a kind of apotheosis of that, it's been coming for a while.

Did your interest in developing this as a project grow from, not necessarily from Trump, but just from observing the ostentatious wealth you were talking about, or were the Gettys a long-time historical interest of yours?

It started with the puzzle, the sort of Rubik's Cube of, how could the richest family in the world, as they were at the time, not pay a tiny amount of money to get their grandson released, or their son released, for five months? He had to have his ear cut off before anyone would pay any attention. How does that happen? And as soon as I started looking I realized, and you unpeel all that problem, that mystery about the heart of it. Suddenly this extraordinarily family came into focus with [J. Paul Getty Sr.]'s harem, with his payphone in his home and his pet lion. Stuff that if you made that up as a writer, everyone would go, "I think you'd better dial that down a bit because it's too weird and not believable." But there it all was, for real.

[J. Paul Getty Sr.] lived by raw power alone, and he just wanted to bend everybody to his will, this insanely powerful, rich man. Wouldn't play by anyone else's rules. That to me was fascinating. And you look at his son, all his sons, who were crushed by this emotionally dysfunctional man. And of course it just rolls down the generations.

That’s right. And the title for us was really interesting too, because it meant so many things. It meant the Sarah Getty Trust where all that money was holed up, though they couldn't get at it. And the whole business was a business of trust. This whole kidnapping was a trust. I'll kidnap myself, and my parents will pay, of course they will, he trusted them to do that. They completely broke that trust.

So it's kind of a parable about wealth on a sort of Shakespearean level. To me, the whole thing seems Shakespearean, that the extremities of it, the plausibility of it, the kind of privilege of these people and the entitlement that comes with that kind of privilege, that people can just waste human emotions, human connections, and they think money can replace it. To me it's a huge parable about family, and about emotion, and about how that's way more important than your bank balance. Because there was no emotional connection between these people, they tried to replace it with money, drugs, or sex, and it just destroyed them all.

The Getty story is about three generations. This is a family saga, this about dynasties. There's plenty to examine in all three dynasties here, all three generations. So with season two, we'll go back to the 1930s to examine how [Getty Sr.] became who he was, where the money came from, his extraordinarily weird relationship with his mother, who turned him into the person he was by the time we see him at the beginning of this season.

Season three will probably take off where this one ends, with the death of John Paul Getty I, and the squabbling that took place around the world. Because of course he left a will that meant they all got just enough to know they weren't getting anything. They got a bit, enough to make them furious. There were loads of people who contested the will, and yeah, as you can imagine it was a huge bum fight over what he left. He left all his money actually to the Getty Museum, and all these women got scraps. And they were all expecting to cash in big time, and none of them did. And then we'll take it on from there to what happened to the second generation of the family.

Obviously there's a ton here, but if this goes past three seasons, could you envision maybe looking at another family?