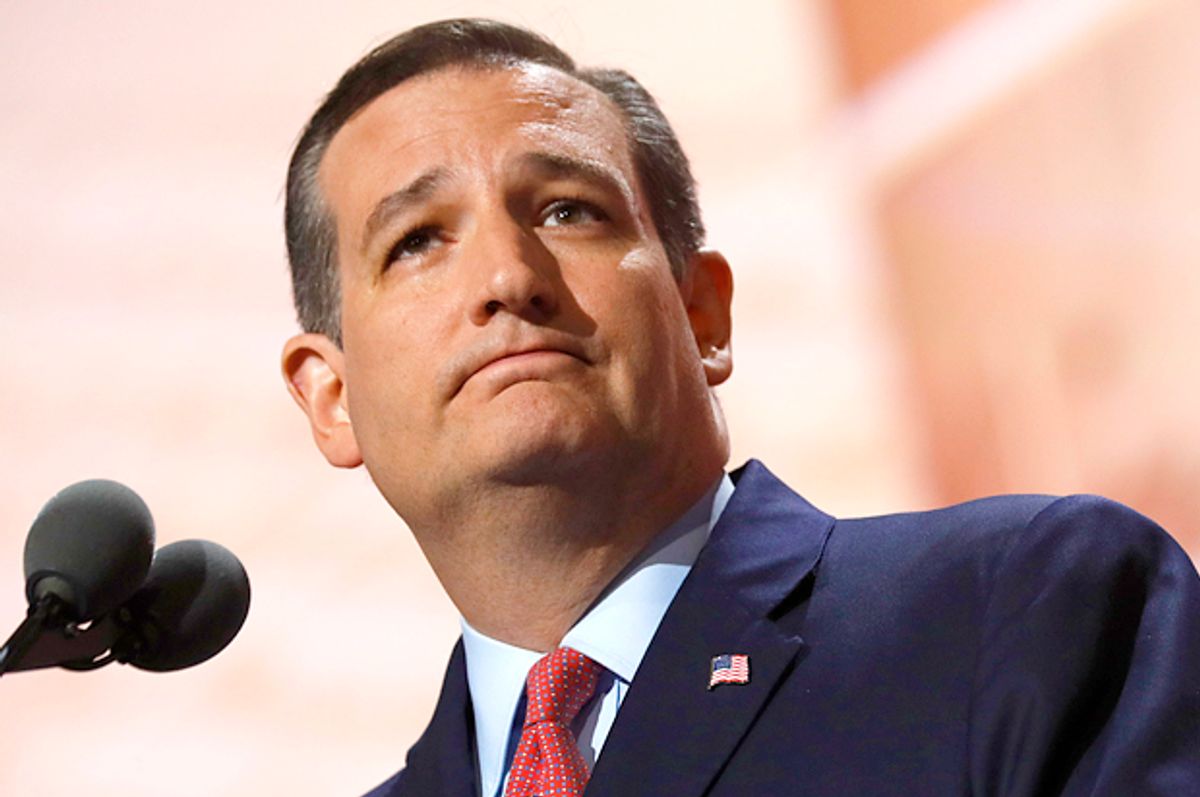 A new poll has even more bad news for Sen. Ted Cruz, R-Texas, as he seeks re-election in 2018.

Perhaps the most troubling statistic for Cruz is his fading support among independent voters.

Although both candidates are predictably popular among their bases — Cruz has the support of 88 percent of Republicans, O'Rourke of 87 percent of Democrats — independents prefer O'Rourke over Cruz by a margin of 51 to 37 percent. Even in a heavily red state like Texas, such lopsided support for O'Rourke is enough to put a damper on Cruz's reelection prospects.

Other figures are similarly ominous for Cruz.

Cruz also suffers from a low approval rating of 47 percent and a low favorability rating of 46 percent. While O'Rourke only has a 30 percent approval rating, this can be attributed to the fact that 53 percent of Texas voters said they don't know enough about him to form an opinion.

While 25 percent of voters said immigration or health care were the most important issues for them, the economy came a close second with 22 percent, followed by firearm policy with 16 percent.

The tight re-election race in which Cruz now finds himself is a considerable fall from where the United States senator from Texas stood less than two years ago, when he placed second to Donald Trump in the 2016 Republican presidential primaries after winning 11 states and more than 7.8 million votes. Since that time, Cruz's increasing political vulnerability has made his seat a prime target for Democrats who are anxious to have a win in a state which — despite its electoral appeal as the second most populous in the United States — has seemed to be in the solid grip of the Republican Party.

This isn't the first sign that Cruz may be in trouble. Earlier this month, it was revealed that O'Rourke had raised more than $6.7 million during the first fiscal quarter of 2018. Not only did this surpass the money raised by any other Democratic candidate during that same period, but it was also more than twice as much as O'Rourke's previous hauls, which had amounted to $1.7 million and $2.4 million.

O'Rourke celebrated his impressive haul by announcing in a statement, "Campaigning in a grassroots fashion while raising more than $6.7 million from 141,000 contributions, we are the story of a campaign powered by people who are standing up to special interests, proving that we are more than a match and making it clear that Texans are willing to do exactly what our state and country need of us at this critical time."

By contrast, Cruz has emphasized red meat attacks against O'Rourke that depict him as the type of liberal which the Republican's far-right supporters have grown accustomed to despise.

So far, fewer Texans seem to buying what Cruz is selling this time around.