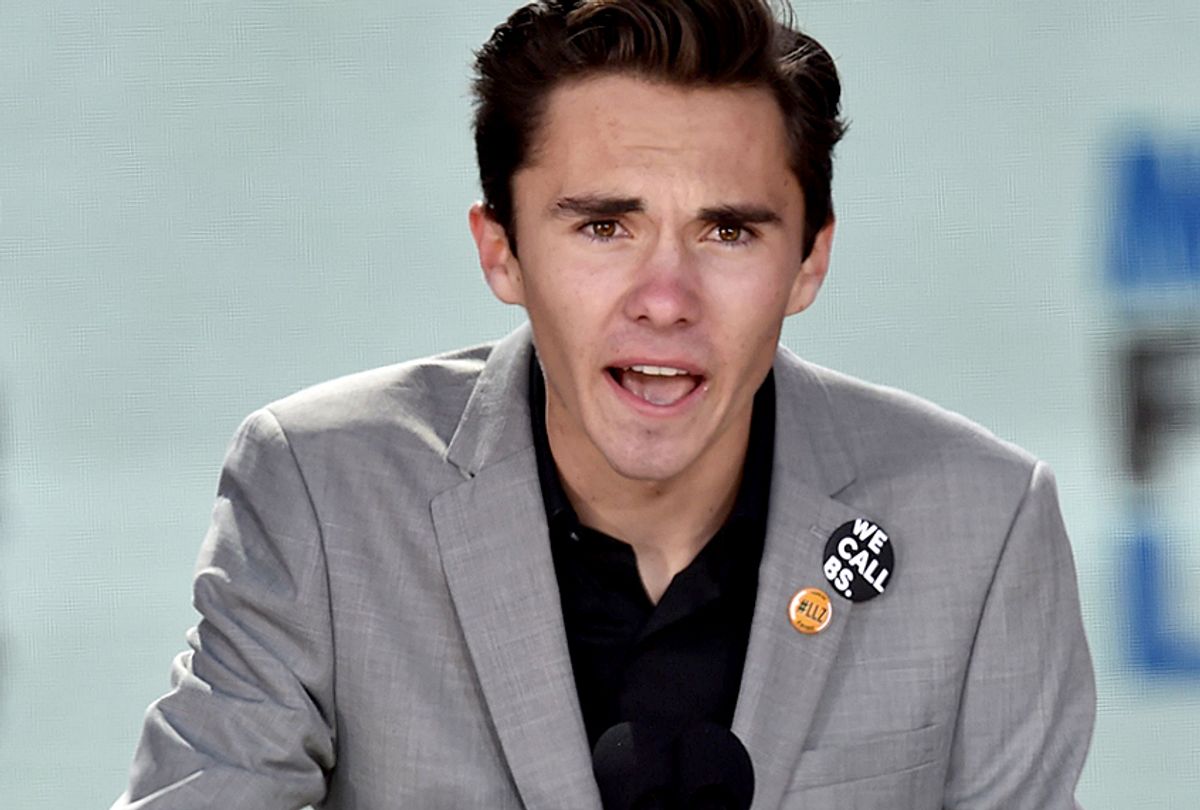 Parkland activist David Hogg, 17, and his younger sister Lauren Hogg, 14, are writing a book about the Valentine's Day school shooting that turned high school students into national activists and launched the ensuing #NeverAgain movement. Their forthcoming book, "#NeverAgain: A New Generation Draws the Line" will be published by Random House this June. "This book is their statement of purpose, and the story of their lives," Random House said. "It is the essential guide to the #NeverAgain movement."

Hogg is one of the most prominent student activists to emerge from this movement, and he announced the book deal on Twitter Wednesday. He wrote that the book "tells the story of the foundation of this movement for those we lost." He added that "Lauren and I will be using the money made from the book to help heal the community."

Lauren also shared the news and said that the book will detail "how we turned our grief into action and how we fight and speak out for those who no longer can. All proceeds going to healing Parkland and to prevent gun violence," she wrote on Twitter.

Hogg, as well as Emma González, Cameron Kasky, Jaclyn Corin and Alex Wind have been the most recognizable faces and voices of the #NeverAgain movement. They made the cover of Time Magazine and were honored on its Time 100 list. Former president Barack Obama penned the homage.

Seared by memories of seeing their friends murdered at a place they believed to be safe, these young leaders don’t intimidate easily. They see the NRA and its allies—whether mealymouthed politicians or mendacious commentators peddling conspiracy theories—as mere shills for those who make money selling weapons of war to whoever can pay. They’re as comfortable speaking truth to power as they are dismissive of platitudes and punditry. And they live to mobilize their peers.

Given Hogg's visibility and his rebuke of the typical Republican line calling for "thoughts and prayers" as the answer to mass shootings, he has received substantial critique from right-wing commentators. Recently, he made headlines for being mocked by Fox News host Laura Ingraham on Twitter. He called for advertisers to boycott her show and more than 20 sponsors walked away from "The Ingraham Angle."

But a lesser-publicized critique has been the black and brown students at Marjory Stoneman Douglas High School who feel neglected by the widespread media attention concentrated on Hogg and a handful of other, mostly white students there. The Time cover offers a one-dimensional view of the Parkland school, which is about 40 percent people of color.

Hogg and his visible activist peers have often expressed the importance of examining gun violence through a racial justice lens — a point Obama mentioned in his dedication to them. "As these young leaders make common cause with African Americans and Latinos—the disproportionate victims of gun violence—and reach voting age, the possibilities of meaningful change will steadily grow," he wrote.

But according to some of the black students at Parkland, the movement's frontrunners have done little to engage with their peers of color at home. While González invited black students from Chicago to Florida, for discussion and collaboration around gun violence activism, for some Stoneman Douglas students, this underscored the problem. "It hurts, because they went all the way to Chicago to hear these voices when we’re right here," Mei-Ling Ho-Shing, a 17-year-old black student at Parkland, told HuffPost. "We go to school with you every day."

#NeverAgain is still burgeoning, and for many, these young activists have been thrust into the fore with a task that seasoned policymakers and organizers have had little success with. So much of their journey is new territory, especially on such a grand stage. And there is much work to do. But a study of famous activists, like Angela Davis or Dr. Martin Luther King Jr., will underscore the importance of the collective and of amplifying a multitude of voices. Hopefully, with the Hogg siblings' book deal, that will resonate.