On the 19th anniversary of Columbine, students across the country protested gun violence and budget cuts 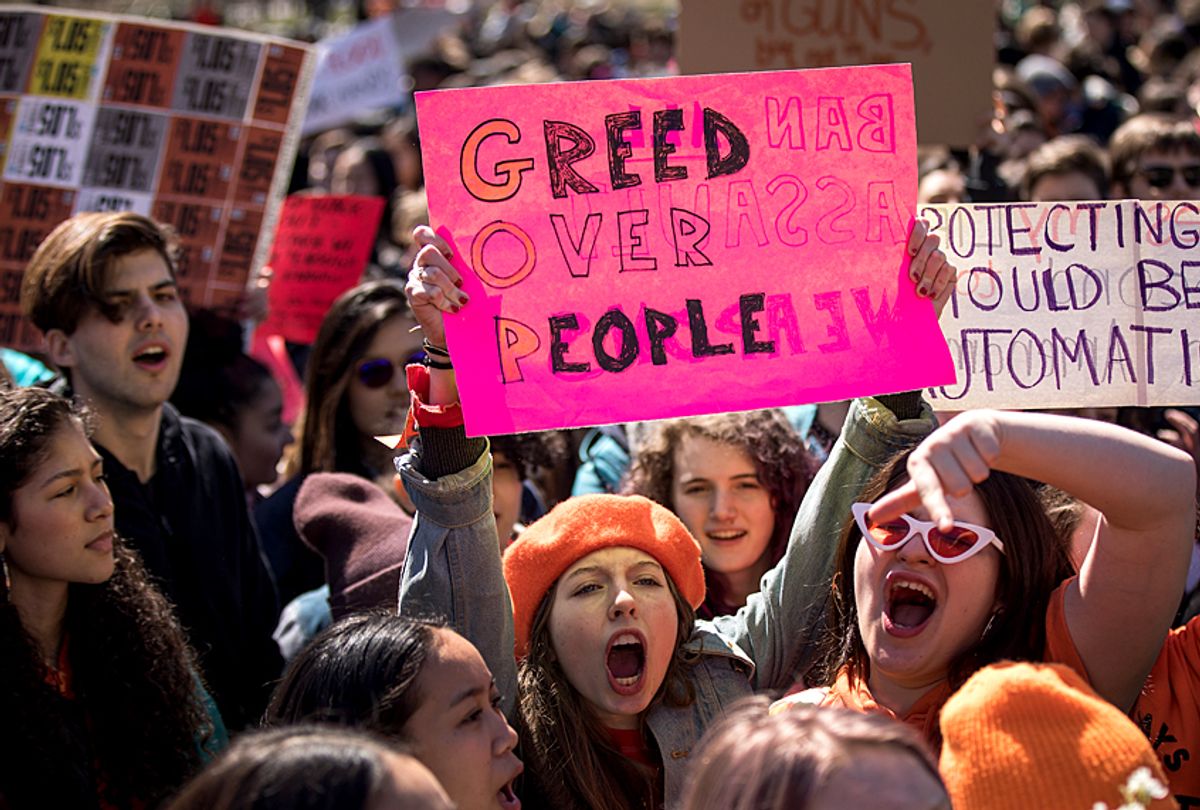 For the second time in two months, thousands of students from coast to coast in the United States will walk out of their classrooms as part of a National School Walkout. But before the walkouts even started, a student was shot at Forest High School in Ocala, Florida, according to the Marion County Sheriff's Office.

Officials asked residents to avoid the area of Forest High School, which was surrounded by emergency vehicles and buses transporting students away from the scene, CNN reports.

Forest High School had intended to participate in the National School Walkout, according to the high school's Twitter account.

The shooting at Forest High comes more than two months since the massacre at Marjory Stoneman Douglas High School, which left 14 students and three adult staff members dead when a former student opened fire on February 14 in Parkland, Florida.

While drawing on momentum from the Valentine's Day shooting, Friday's walkouts were also timed to mark the 19th anniversary of the Columbine High School massacre in Colorado, in which two gunmen killed 12 students and a teacher.

Students at more than 2,500 schools were set to participate in today's walkouts, according to National School Walkout.

Students, many wearing orange, planned to walk out of class at 10 a.m. in their respective time zone to observe a moment of silence for shooting victims.

On top of observing moments of silence, other actions during the day will include marching to a local lawmaker's office, allowing open-mic time for students to express concerns and helping register those who are eligible to vote.

She was disturbed by her own reaction — or lack thereof — to the February shooting in Florida.

"We should be horrified, and we're not anymore." she continued. "It's American culture."

Murdock also said students should be empowered "to [join] the walkouts and become leaders in their communities, speaking up when they see inaction."

The event, which grew out of a petition on Change.org, comprises more than 2,500 walkouts nationwide.

Teachers, too, are participating. In Parkland, Florida, teachers got an early start, protesting outside the building before classes began. Those teachers combined demands for gun control with requests for more school funding.

They held signs with messages such as "Children's lives > assault rifles," "Arm me with school funding" and "Arm me with better pay and lower class size." The messages seem to be a nod to the #ArmMeWith movement, launched by educators Olivia Bertels and Brittany Wheaton, in response to President Trump's statements about giving teachers guns.

Rather than a walkout, Columbine High students will be opting for a day of service, a tradition the school has kept every year since the April 20, 1999 shooting. The high school will be closed today to commemorate the tragedy.

Kaylee Tyner, a junior at Columbine who helped organize a walkout at the school on March 14, told the Associated Press that the anniversary is a day to remember those lost in the shooting and suggested politicizing it could create divisions in the community.

"Every other day can be a day to push for change," said Tyner, who told the Associated Press he wishes organizers of the national walkout had reached out to the Columbine community first. "But [today] is a day to respect victims and their families."

In a letter shared on social media, current Columbine principal Scott Christy and the principal at the time of the massacre, Frank DeAngelis, suggested students continue the school's tradition rather than participating in a walkout, emphasizing that April "has long been a time to respectfully remember our loss."

"This year April 20 is garnering more attention that usual in the national and statewide media," Christy wrote. "We wanted to reach out to students, school leaders and school communities to share what our tradition has been and invite you to join us."

"We know another walkout has been promoted by various groups," Christy continued. "However, in [Jefferson County] the month of April has long been a time to respectfully remember our loss, and also support the efforts to make our communities a better place."

DeAngelis, who because of his personal experience has been an unofficial consultant to schools rocked by shootings, told the AP he does not want to tell other schools nationally what to do and has always told them to think about what their community wants instead of following a template.

In the aforementioned letter, Christy wrote that if schools want to hold events to honor the Columbine victims on the anniversary, he said he would ask that they include a day of service since that is the practice at the Littleton, CO high school.

"Please consider planning service projects, an activity that will somehow build up your school, or perhaps pre–Day Without Hate event on April 20, as opposed to a walkout," Christy wrote. "The Columbine survivors and Columbine community has supported our efforts as a way to hope and remember, and we encourage you to as well."