Naturopathic doctor treats preschooler with "rabid dog saliva": This is our world

Like Trump and Brexit, homeopathic remedies are a "cure" that misidentifies the structural problem 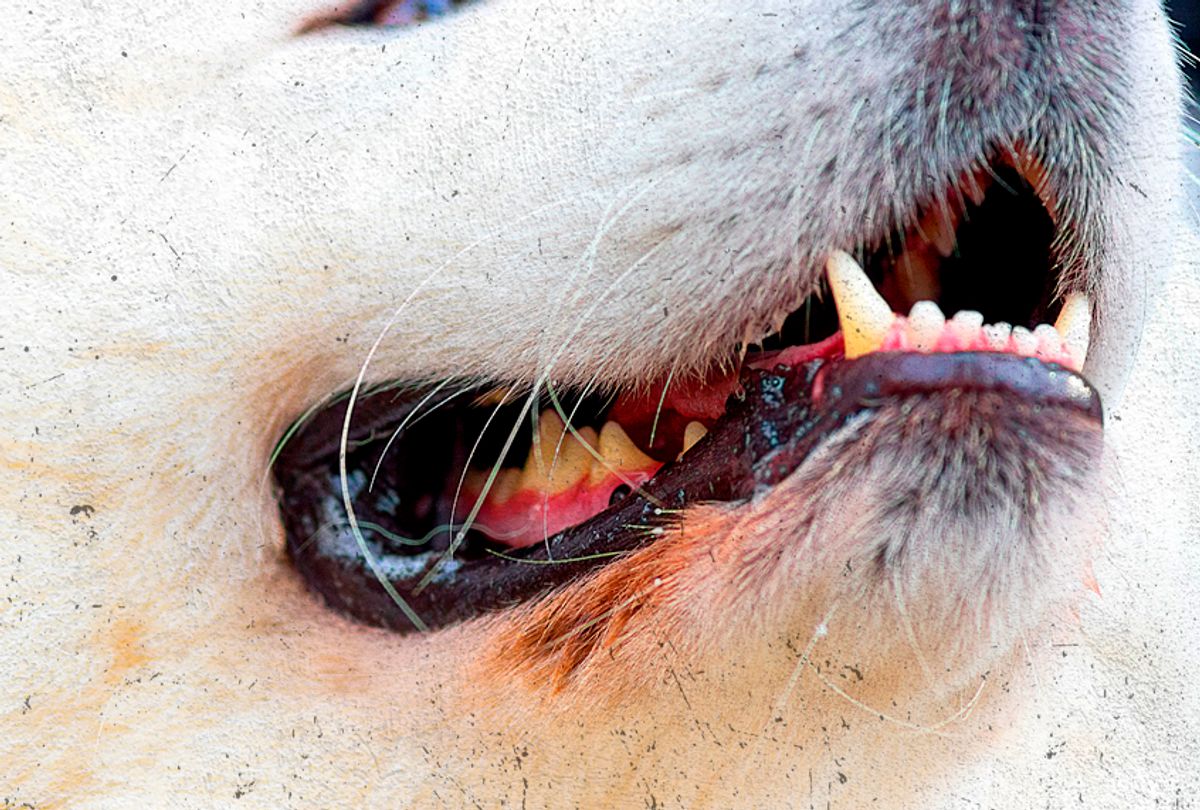 For one perfect moment, a polarized electorate united in shared horror over the revelation that a naturopathic doctor in Canada had prescribed rabid dog saliva to a preschooler with behavioral problems. As the Washington Post reported:

A Canadian naturopath claims she treated a 4-year-old boy's behavioral problems with a controversial homeopathic remedy — this is, saliva from a rabid dog.

The recent claims have caused concern in the medical community and prompted questions about why the saliva — known as lyssinum, lyssin or hydrophobinum — has been approved by the Canadian government as a legitimate homeopathic product.

Understandably, scientists and medical professionals condemned the actions of the naturopath, Anke Zimmermann, who is based in Victoria, British Columbia — even though Zimmerman's prescription was perfectly legal under the Canadian regulations that govern homeopathic medicine.

That may come as a surprise to many. And it raises the question as to what other kinds of potentially hazardous substances are legally allowed to be prescribed by naturopathic doctors — or what other dangers there are to naturopathy.

Though the term isn’t universally understood, naturopathic medicine has been around for a long time. Erika Janik, who wrote a book on the topic, explains how the bureaucratization and professionalization of medicine in the United States in the late 19th century led to a reactionary backlash.

In many ways, the practitioners of “irregular” medicine, as Janik calls it, had legitimate gripes against the establishment: The medical academy’s increasing turn to specialization, technology and pharmaceuticals, spurred by advances in microbiology, has at times led to exclusionary policies seemingly at odds with the stated goals of the profession. When the establishment made spectacular blunders, as with the Tuskegee syphilis experiment or the thalidomide scandals of the 20th century — or perhaps the overprescription of opioids today -- there has been a reactionary response.

A medical counterculture thrived for more than a century in the United States, operating in a parallel universe to the science-based Western medical profession. Janik describes how naturopathy and homeopathy, which appealed to folk wisdom and "natural" cures, naturally picked up during the 1960s counterculture years:

Growing American disillusionment with regular medical practice and the high cost of care in the 1960s and 1970s led some to explore irregular medicine. Just as in the nineteenth century, broader cultural forces were at work. The Cold War, Vietnam, and atomic energy, among other social and political forces, made life feel uncertain and beyond individual control. In response, a counterculture emerged that rebelled against the authority of the government, science, and experts. Its members, mostly white and middle class like many of the nineteenth-century reformers, focused intently on tolerance, natural living, and individual rights. They embraced a simpler, more spiritual orientation to life that integrated the mind and body into well-being. These cultural trends burnished the appeal of irregular medicine. Americans rediscovered homeopathy and botanical remedies as well as a host of other therapies like naturopathy and the hydropathic Kneipp Cure. Health foods, exercise routines, and vitamins became topics of broad popular interest. To a new generation, irregular health-care approaches represented freedom, self-reliance, personal empowerment, and affordable care, the familiar chords that had stoked American health reform in the nineteenth century.

Naturopathy is a general term for the treatment of patients using so-called natural or alternative cures; homeopathy falls within naturopathy and was the specific regime that led to the rabid dog saliva treatment mentioned above. As Reynard Loki describes in an Aarticle for Alternet, homeopathy was founded by German physician Samuel Hahnemann in the late 18th century and revolved around the principle of “the law of similars,” also known as “like cures like.”

Hence, in typical homeopathy practice, someone who experiences inflammation or an upset stomach might be given a dilution of deadly nightshade, which would cause similar symptoms in undiluted form. And in the case of the rabid dog saliva example that was trending on social media Thursday, the homeopathic practitioner believed that because the child’s preschool was “complaining that [the child] hides under tables and growls at people,” the “law of similars” dictated that the child be given a dilution of rabid dog saliva.

“Dilution” is the key word here, because the prescribed cures in homeopathy are not given in their potentially deadly dosages. They are diluted until only a fraction of the original substance remains, as the American Institute of Homeopathy explains on its site:

Homeopathic medicines are prepared through a series of dilutions, at each step of which there is a vigorous agitation of the solution called succussion, until there is no detectible chemical substance left.  As paradoxical as it may seem, the higher the dilution, when prepared in this dynamized way, the more potent the homeopathic remedy.

There are various explanations as to why this is supposed to work, viewed by mainstream science with extreme skepticism. These seem to recall the pseudoscience of “Messages from Water,” a project by Japanese researcher Masaru Emoto that purports to illustrate how water crystals react to the emotions of humans. (Emoto’s work was popularized in the 2004 documentary “What the Bleep Do We Know,” funded by students of Ramtha’s School of Enlightenment, a New Age sect.)

Similarly, homeopathy purports that water or alcohol dilutions are affected by whatever they come in contact with, even if the dilution is so extreme that none of the original substance remains. A 2004 study published in the Lancet, which compared double-blind trials of homeopathic remedies and conventional medicine , concluded that any effect from homeopathic cures was likely a placebo.

There are some in the homeopathic community who cling to scientific explanations for why the dilutions might work; this paper has an overview of them and why each is unconvincing. More concerning, however, are the regulations — or lack thereof — in preparing said dilutions. The World Health Organization (WHO) issued a report in 2009 ,titled “Safety Issues in the Preparation of Homeopathic Medicine,” that warned of various “potential safety hazards”: some of the “source materials” for dilutions — which can include fungi, bacteria, viruses, plant parasites, animal organs, secretions and hormones — may be hazardous if not dilute enough. Indeed, a single virus is enough to cause infection.

The WHO’s white paper is ideologically generous; it doesn’t specifically describe homeopathy as quackery, although it recognizes the danger of pathogenic contamination from homeopathic remedies. Yet homeopathy can also be dangerous when used as a substitute for scientifically tested medicine. Britt Marie Hermes, a former neuropathic doctor who founded a blog to expose what she saw as pseudoscientific and often dangerous practices in her field, has documented many of the horrifying results of naturopathy and homeopathy — including a recent case in Arizona in which a naturopathic physician prescribed a homeopathic remedy for a distressed newborn, who ultimately died.

In a way, the naturopaths of today might be likened to charter school advocates, in that both observe a parallel institution’s problems and seek to offer a solution that has nothing to do with the structural failings of the more prominent academy. Hence it exemplifies a larger social trend: the “solution” that fails to identify the cause. See also: Donald Trump as the solution for problems caused by income inequality; nationalism as the solution to problems caused by neoliberalism; privatized colonization of Mars as a solution to a decaying public space program. In all these cases, the "cure" is irrelevant to the disease, and may make it worse.