Kanye says Emma González is his hero — but she points to James Shaw Jr. 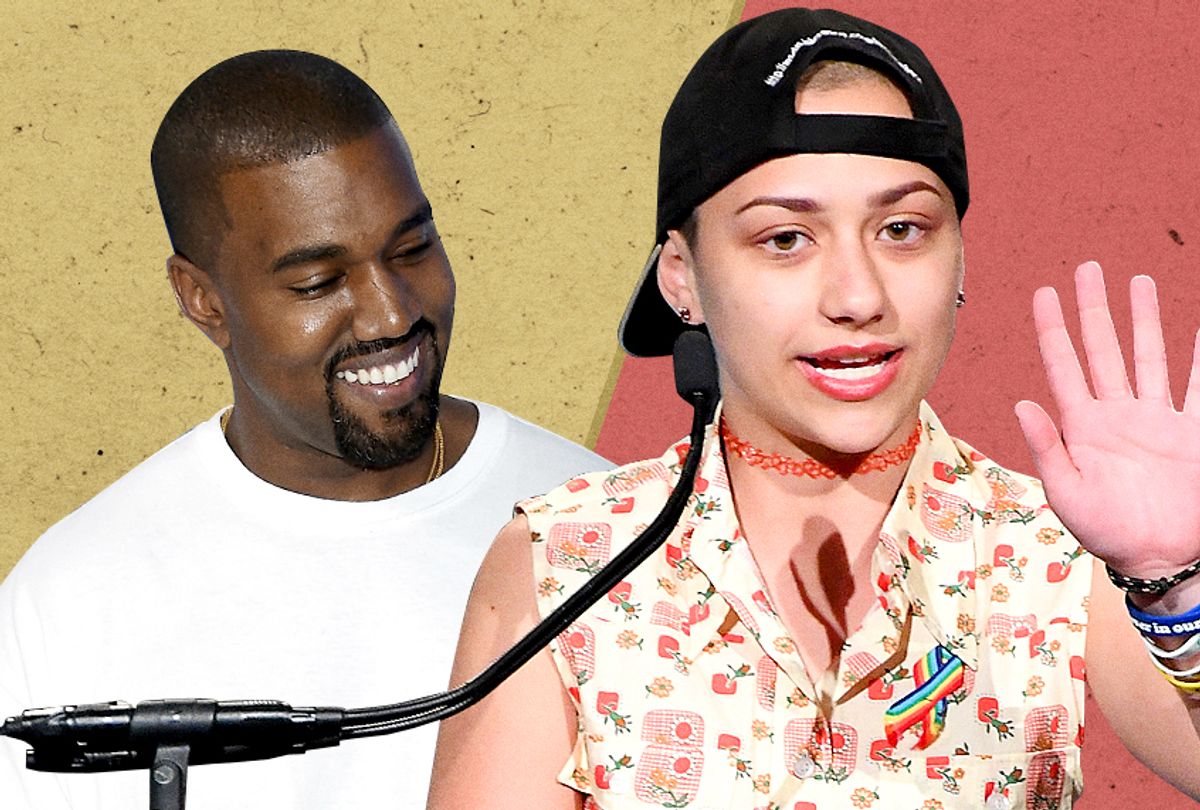 In the latest round of chaos on Kanye West's timeline, the Chicago rapper posted a photo of Marjory Stoneman Douglas shooting survivor and student activist from the #NeverAgain movement Emma González. Describing her as "my hero," Kanye posted a picture of himself, with his hair shaved down to a buzz cut like González's, with the caption: "inspired by Emma."

But the feeling was not mutual.

Less than 20 minutes later, González revealed that her own hero was not Kanye, instead posting a photo of James Shaw Jr., 29, the man who de-armed a gunman who opened fire in a Waffle House in Tennessee on April 22. Shaw was unarmed yet was able to stop the violence. González's caption mirrored Kanye's completely, minus the reciprocal endorsement.

It is hardly surprising. González, along with her peers in the gun control movement, have been critical of lawmakers who refuse to enact sensible gun safety laws and who financially benefit from the NRA lobby. (Trump is expected to speak at the NRA's annual meeting, his fourth consecutive year.) Trump and Attorney General Jeff Sessions have proposed arming some teachers and putting more law enforcement in schools to curb school shootings, which has been proven both ineffective in schools and especially harmful to students of color, and does nothing to address gun violence in all its other forms.

Kanye's endorsement of González also highlights one of the most frustrating parts of his Twitter presence since his return to social media from his almost year-long hiatus: gross contradiction.

Right-wing media has fervently attacked Parkland survivors and activists since the school shooting. Highlighting Trump, black conservative Candace Owens and González isn't "free thinking" as Kanye says, but evidence of an inconsistency in values and no clear understanding of the people and ideologies front and center in politics right now.

Singer, friend and collaborator of Kanye's, John Legend, pointed out this hypocrisy with a tweet of his own.

Legend reached out to Kanye privately when his tweets first started to drift into dangerous territory. In recent days, Kanye endorsed Owens — otherwise known as a systematic-racism-denier — offered repeated shoutouts to Trump — calling him his brother and asserting that they both share "dragon energy" — and posted several photos of his MAGA hat.

Legend texted him: "I hope you'll reconsider aligning yourself with Trump. . . So many people who love you feel so betrayed right now because they know the harm that Trump's policies cause, especially to people of color. Don't let this be part of your legacy." But Kanye was unmoved and posted the conversation to his Twitter feed.

Kanye responded to Legend that Legend invoked his fans and legacy to "manipulate my free thought," to which Legend replied: "Think freely. Think with empathy and context too. Your words and actions have consequences."

The consequences and dangers of Kanye's actions became clear when Donald Trump Jr. and Trump retweeted Kanye, thanking him for his support, and most destructively and dishonestly when the president used Kanye's tweets as an in to the black community. To most people, this chain of events was devastatingly predictable.

It is unclear what Kanye wants to do with his mounting tweets, besides stir controversy. My colleague D. Watkins thinks it's just about promoting new music. Others have ascertained that Kanye is still reeling from President Barack Obama calling him a "jackass" and think that because Kanye is a narcissist, he needs a president of his own, regardless of said president's politics. For Kanye's sake, hopefully the "alt-right" buys hip-hop music, because so many of his longtime fans are tired of the antics.