EXCLUSIVE: Producer Adi Shankar has a solution that would help "The Simpsons" solve its Apu problem 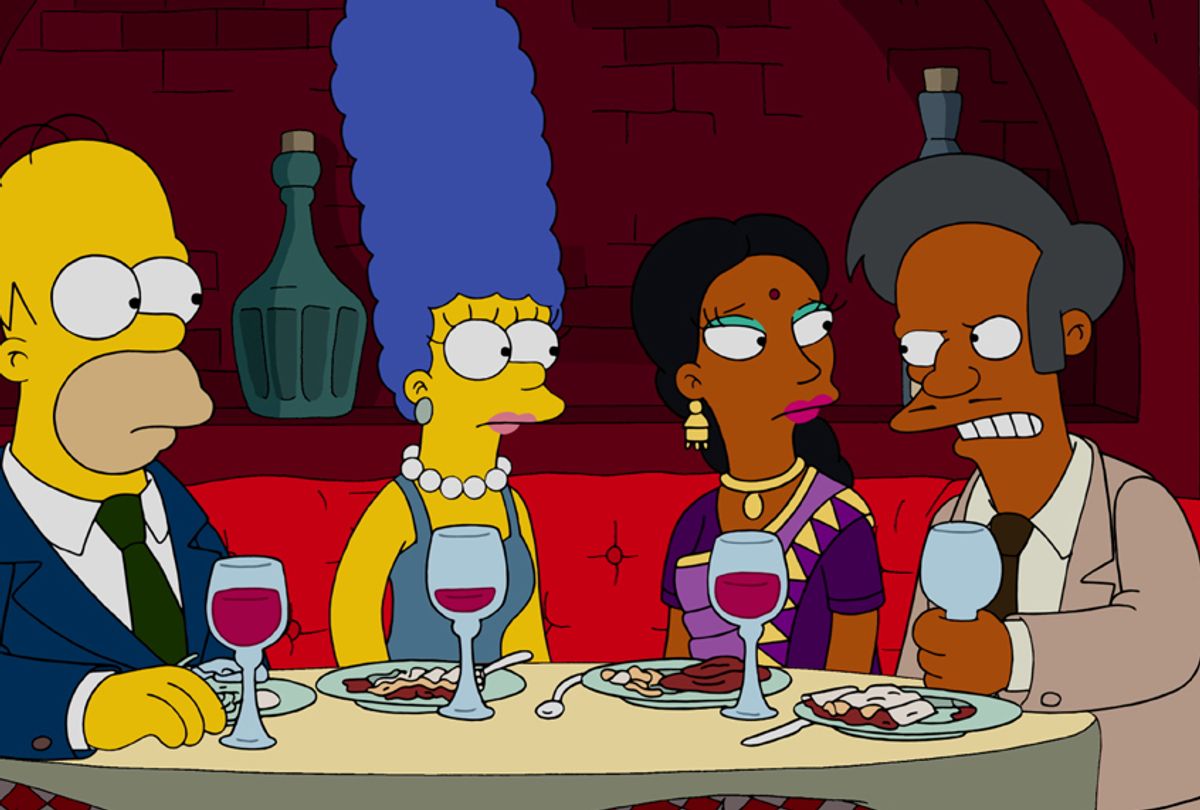 Adi Shankar has a solution that would help "The Simpsons" right — or write — its wrongs when it comes to the animated character Apu Nahasapeemapetilon, an Indian-American convenience-store owner voiced by a white man, who has been widely condemned as an example of racist stereotyping.

In an exclusive interview with Salon, the producer of Netflix's "Castlevania," who said he has been hurt by the character for a very long time, explained how "The Simpsons," which this week became the longest-running scripted series in the history of TV, can confront the scrutiny surrounding the Kwik-E-Mart owner who has been part of the animation series since 1990.

"The big problem with Apu is he's not a stereotype — it's not satire. It's mockery," Shankar said. "There's no truth there. It's not based on any facts. The moment you do something like that, and you disseminate it globally, you're effectively spreading fake news and alternative facts. Conceptually, it's kind of the same thing."

Earlier this week, the producer launched a screenwriting competition, called Crowdsourcing the Cure for "The Simpsons," which asks participants to write a new "Simpsons" episode centered around Apu in a way that "subverts him, pivots him, intelligently writes him out or evolves him in a way that takes a mean spirited mockery and transforms him into a kernel of truth wrapped in funny insight a.k.a. actual satire."

Shankar said he was inspired to present a solution to the series' dismissive nod to the harmful and ignorant portrayal of the Indian-American shopkeeper after rapper Kanye West asked him how he would like the show to tackle the controversy, which has been previously explored in comedian Hari Kondabolu's film, "The Problem with Apu."

West amplified Shankar's call for new Apu scripts by sharing a video of the producer to his Twitter account. In the video, Shankar highlights how "The Simpsons" seemingly does not understand Indian-Americans.

Despite feeling insulted by the series' depiction of Indian-Americans vis-à-vis Apu for years, Shankar wants to extend an olive branch.

He noted that, while Apu has been part of the animated series for nearly 30 years, he is proactively confronting the debate now, because he only "very recently realized how big of a machine 'The Simpsons' is." Shankar pointed out that, while "The Simpsons" is not the only TV show that is guilty of brown face or racial stereotyping, the show has a profound cultural significance. And, now, the show is faced with a "watershed opportunity" to end the controversy "once and for all."

"This is the platform, and it's a power — maybe it's a super power," he added. "If it is a super power, it needs to be used for good, because with great power comes great responsibility."

While Shankar's spec script contest is free and open to anyone, he asks writers to consider whether they’re the right people to unpack the issues with Apu. "If you don’t have any experience with Indian culture in America, then you may not have the perspective and experience to write well on this topic," the competition guidelines state.

Shankar says that the winning script, which will be judged by a panel of South Asians and other minorities who work in entertainment, will either be produced by Fox Broadcasting Company as an official episode of the upcoming season of "The Simpsons" – and come with a recommendation that the series hires the winning writer into its writers' room – or as a fan film, which Shankar would finance and already has experience with, having produced Power Rangers and James Bond fan films as part of his Bootleg Universe series.

"I'm doing this out of love," Shankar said. "Whether ["The Simpsons" creators] respond or not, there will be a 'Simpsons' episode that addresses it, either officially or unofficially."

While speaking with Salon, Shankar also shared his "four step process" for how the entertainment industry can better represent minorities.

"Two: Hire diverse voices behind the scenes," Shankar continued. "This applies to 'The Simpsons' particularly . . . 'The Simpsons' is a global show that exists in a hyper-connected global ecosystem. It's not a country club. If they're going to satirize any group or create authentic content, it has to come from people who authentically understand these groups."

For step three, Shankar referenced the #MeToo movement against sexual harassment and Black Lives Matter, a campaign against the systemic racism that impacts black and brown people.

"The people in power, the Al Jeans and Matt Groenings of the world, who are perceived as gatekeepers . . . cannot frame these narratives as attacks on comedy or free speech, because they're not. It's actually the opposite," Shankar stated. "We need them to go back to being edgy, clever, counterculture in a way that's relevant for the world. It's on these leaders . . . to show everyone that progress is not an attack on free speech."

Number four? "[TV series] should appeal to their own self-interest, because shows are going to benefit and prosper from diverse perspectives," he explained. "If 'The Simpsons' had dealt with [Apu] years ago in a clever, smart way, they would have been so ahead of the bell curve. Instead of this conversation, we'd be having conversations about how a whole generation of people would have been inspired by what they did."