Meek Mill, ready to be a "voice for the voiceless," calls for criminal justice reform 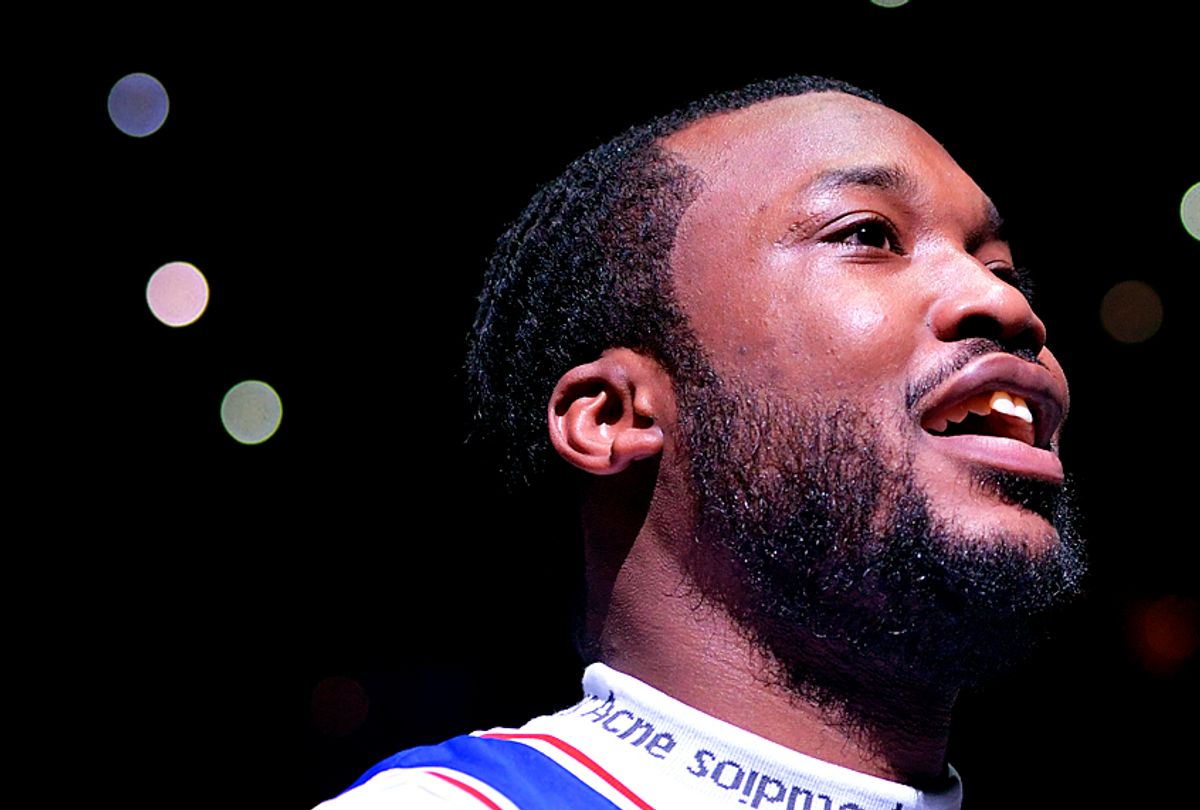 Rapper Meek Mill appeared on "Dateline" with Lester Holt Sunday as the network aired an in-depth look into his more than 10-year involvement in the criminal justice system. "Dreams and Nightmares: The Meek Mill Story," went beyond retelling Meek's ongoing legal battles, but into parole and probation, a system which supervises more than 4.5 million people across the U.S.

Meek, born Robert Rihmeek Williams, was first convicted on gun and drug charges when he was 19 years old, for which he spent less than six months in jail. But since then, he's been dinged over and over again for technical probation violations, ordered to serve another three- to six-month sentence in 2014, a 90-day house arrest in 2016 and most recently, a two- to four-year sentence from last November. He was released on bail two weeks ago.

Throughout his prison time, Meek's lawyers also accused the judge, who has presided over his case since his original conviction, of bias and inappropriate behavior, and asked for her recusal. When new evidence emerged that the arresting officer and sole witness in Meek's conviction was potentially corrupt, the judge refused to overturn his conviction or allow him to be released on bail. His lawyers appealed to the Pennsylvania Supreme Court, which granted him bail in April.

Now conditionally free but not exonerated, Meek is determined to turn the attention and support he received into a criminal justice reform movement. "This is the same thing that thousands of other minorities are going through, they just don't have anybody to speak on their behalf," Meek told Holt, speaking of the seemingly endless nature of probation and the myriad of minor technical violations that can send someone back to prison. (For example, under Meek's terms of probation, he had to alert an official anytime he traveled out of state — which for him meant every single time he wanted to pick his son up from school in nearby New Jersey.) "Now they do," he said.

Focusing outward is crucial at this time — 61,000 people currently sit in prison because of technical violations. Meek described the entrapment of the criminal justice system as incredibly easy to get caught in and yet a "hundred times harder" to leave, whether one is innocent or not.

In the "Dateline" special, Philadelphia District Attorney Larry Krasner said while the public has seen Meek's case as a symbol for the injustices in the criminal justice system, "the irony here is that no one lifted up a poor person, no one lifted up someone who's not famous," he said. "There are a lot of Meek Mills who are not privileged and do not have access to [his] resources."

But the power of fame — not to mention finances — is not is lost on Meek. "Let's retire the free Meek Mill hashtag and make it #JusticeReform," he proposed.

Philadelphia could be well-positioned to jumpstart such a criminal justice reform movement with Krasner in office. He campaigned as a reformer and has already started implementing reforms that could serve as models across the country. Adamant that the system must be changed, his office has laid out new guidelines for prosecutors, meant to reduce prison populations and establish fairer sentencing. One such guideline suggests prosecutors not ask for more than six months in jail or prison for a technical violation on probation or parole, with an emphasis on avoiding the violation charge or identifying alternatives to incarceration.

Rubin says he imagines Meek Mill can be a catalyst for a broader movement, much like Harvey Weinstein's alleged victims were for the second wave of the #MeToo movement.

How a prison project changed him

David Arquette explains why he's producing the documentary “Survivors Guide to Prison,” which shines a light on the broken criminal justice system in the United States