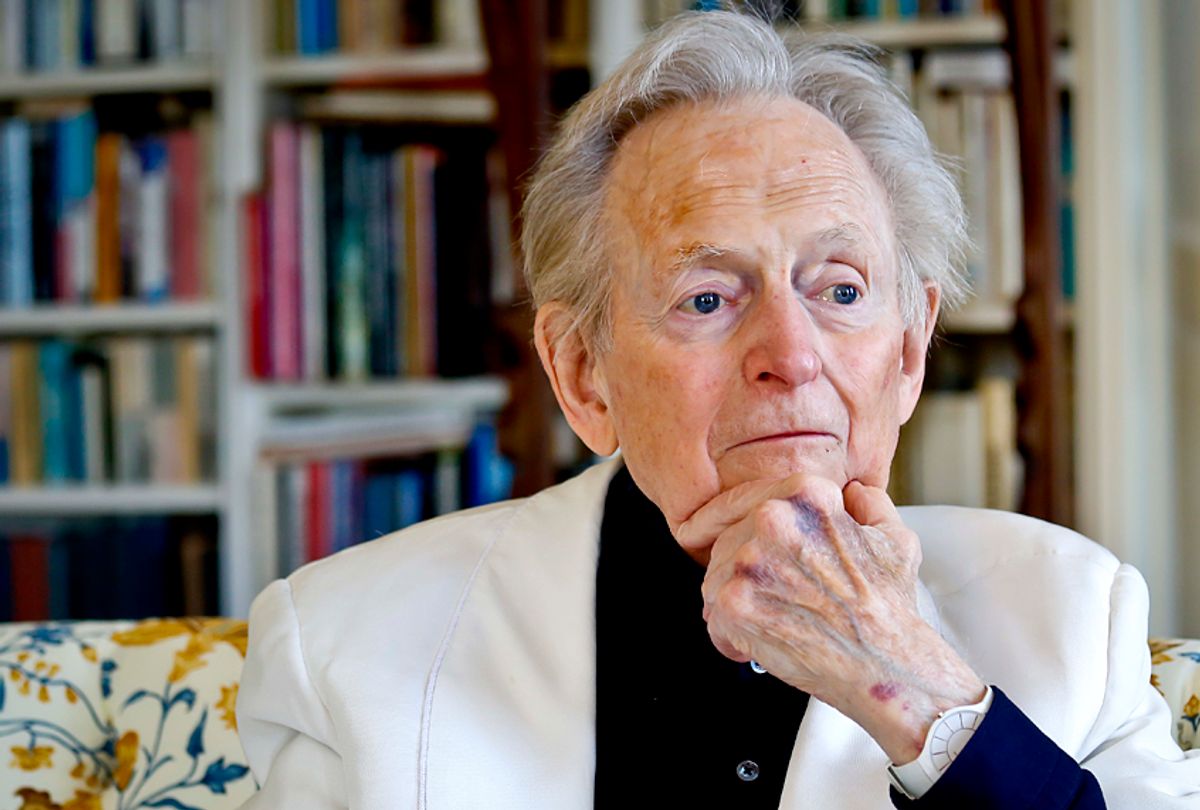 Tom Wolfe, who died on Tuesday at the age of 88, was a man who educated Americans while transcending his own educational background.

And by "transcended," I mean ignored the most pernicious influences that an education can have on creative, independent thought.

"Reading it, one sees what has been the most baleful influence of graduate education on many who have suffered through it: it deadens all sense of style," wrote Brian Abel Ragen, author of "Tom Wolfe: A Critical Companion," back in 2002. Ragen was referring to Wolfe's doctoral thesis, which told the story of communist organizing from prominent American writers during the Great Depression, and which Wolfe himself supposedly hated after he was instructed to make his tone less distinctive and stylistic and more, well, academic.

I've never read Wolfe's dissertation, but it's fair to assume that if the man had to stamp out his style, it probably wouldn't read like the rest of his work. Indeed, had Wolfe decided to focus on a career as an academic rather than as a journalist, he may have very well lost his literary soul, becoming just one more senseless scholar offering turgid prose to a mostly uncaring world.

Fortunately for us, Wolfe instead decided to become a journalist. And for the rest of his life, the style he used in both his prose and on his person never, ever failed to leave a lasting impression.

Second only to the calamity that occurs whenever a good human being dies, the foremost tragedy of Wolfe's passing is that the world will never be able to read another Tom Wolfe work again. He was one of those writers whose informal, eclectic, vivid and invariably well-researched style was entirely inimitable. Wolfe was certainly influential, but none of his successors have ever effectively replicated his style of speaking or composing prose. Now that he is gone, we will never be able to read the next Tom Wolfe essay or Tom Wolfe book.

It is here that the sense of loss, not for the lucky few who knew Wolfe but for the millions who read him, really hammers home.

Wolfe, the man, was aesthetically unmistakable, a visual icon in a medium that by its very nature relegates most of its masters into behind-the-scenes roles. With his three-piece white bespoke suit and spats, he stuck out like a sore thumb, a seemingly counterintuitive approach in a profession that values blending in and being overlooked. Yet for Wolfe, putting on the air of a Southern gentleman was more than just a fashion statement born from vanity. He wanted to always appear to his subjects like a "Man from Mars," as he put it in an interview with Rolling Stone, someone who was implicitly telling the people about whom he would write, "I've just arrived from Mars, I have no idea what you're doing, but I'm very interested."

This unorthodox approach was necessary because Wolfe was pioneering a new form of literature, what was later dubbed "New Journalism." It was the idea that reporters could write quality literature instead of dry, objective articles, creating the same immersive and gripping style normally reserved for novels in lengthy texts that instead told the stories of real human beings. Moreover, it called upon journalists to become characters in their own stories, to unabashedly throw themselves into the fray instead of maintaining an air of detachment. It was this approach that led him to produce the classic book "The Electric Kool-Aid Acid Test" in 1968, where he followed Ken Kesey and his band of Merry Pranksters while avoiding most of the drugs that they used during their adventures (a choice that distinguished him from later New Journalism practitioners like Hunter S. Thompson).

"The Electric Kool-Aid Acid Test" was followed by another hit, "Radical Chic & Mau-Mauing the Flak Catchers," which profiled both San Francisco's anti-poverty programs and a controversial party held by radical left-wing composer Leonard Bernstein on behalf of the Black Panther Party. It was here that Wolfe coined the term "radical chic," referring to the tendency of many social and cultural elites to embrace radical left-wing politics, less out of genuine conviction than because doing so was fashionable.

And, of course, there was "The Right Stuff," Wolfe's classic 1979 tome about the pilots who braved the military experimental rocket-powered aircraft as well as the first Project Mercury Astronauts. Or his first actual novel, "The Bonfire of the Vanities," which, though a work of fiction, managed to speak more truth about the greed that dominated America's 1980s zeitgeist than many works of reporting.

This is only a short list of Wolfe's literary oeuvre, and necessarily so, given his prolific nature. In sheer quantity alone, Wolfe has left behind a substantial legacy. Yet perhaps his most under-appreciated quality was his ability to hold a purely individual world view, one that could seem self-contradictory while remaining in another sense entirely logically consistent. Take this comment from the aforementioned Rolling Stone interview, which was published in 2007:

Now contrast that with this paragraph from a 2015 profile on Wolfe from The New Yorker:

Wolfe is currently working on his next book, a history of the theory of evolution from the nineteenth century to the present. He calls the big bang “the nuttiest theory I’ve ever heard” and invokes the Spanish Inquisition when discussing how academics have cast out proponents of intelligent design for “not believing in evolution the right way.” Writing has not gotten easier over the years, he says. “It’s always, to me, very hard. And the only thing that sustains me is the fact that I did it before, and there must be some way I can do it this time."

It's hard to imagine many other writers, or prominent thinkers in general, who can call for "freedom from religion" and then express doubt about the big bang theory and sympathy for creationists. These two views do not directly contradict each other, of course — one can dislike organized religion, and even spirituality in general, and yet doubt accepted scientific doctrine — but it takes a particularly brave soul to express opinions bound to alienate both sides in a predominantly two-sided argument.

Then again, Wolfe was never one to shy away from controversy. He was a man with conservative instincts who could sympathetically depict the struggles of racial minorities, and a man who accumulated great wealth yet deplored the greed of America's financial sector. He could become a writer whose work is studied by undergraduates in universities across the land but steer clear of academia himself, and a journalist whose approach to reporting horrified many of his predecessors.

If America values itself as a land where individuals can realize their potential to the fullest, then there are few most quintessentially American writers than Tom Wolfe himself. He was simply irreplaceable.