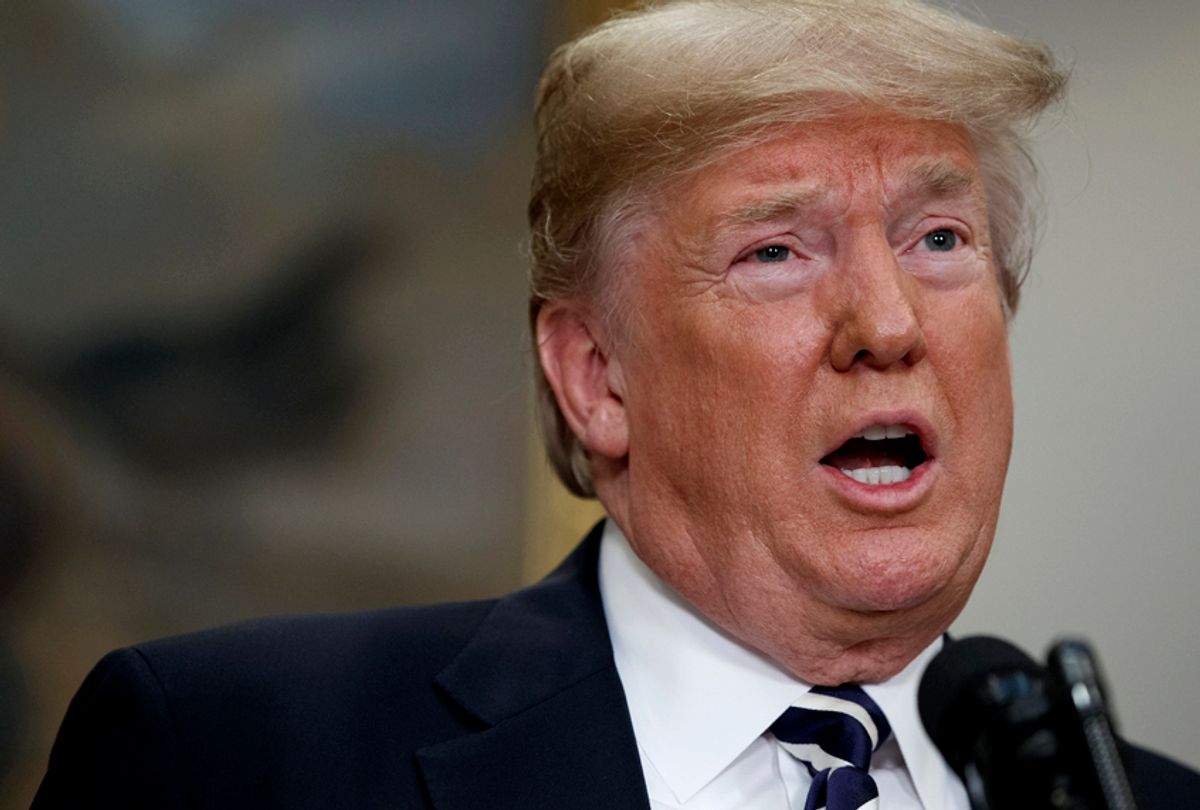 President Donald Trump may be preparing to help America's coal industry through a tactic that became known as the other "b-word" over the past decade: bailout.

The administration's proposed plan would require grid operators to purchase their electrical power from coal and nuclear power plants that currently find themselves in precarious financial predicaments, justifying their directive by exercising emergency authority under a pair of federal laws. If implemented, this would be a milestone bailout of the American energy market without precedent in recent history.

In addition, the proposed plan would create a "Strategic Electric Generation Reserve" with the goal of simultaneously strengthening America's national defense and increase its supply of domestic energy.

Energy Secretary Rick Perry defended the drastic federal intervention into U.S. energy markets in a speech in Texas on Monday. Perry said coal and nuclear plants "are retiring at an alarming rate that, if unchecked, will threaten our ability to recover from intentional attacks and natural disasters," the Associated Press reported.

As of yet, there are no signs as to whether Trump has signed off on the order and, if he hasn't, when he would plan on doing so.

One supporter of this plan is Robert E. Murray, the CEO of Murray Energy Corporation. In January it was revealed that Murray had sent Trump a wish list of 14 policies that he hoped to see implemented by the president. Since that time, Trump has either fulfilled or worked toward fulfilling each of the items on the list, including reducing the Environmental Protection Agency's staff by at least half, eliminating regulations on greenhouse gas emissions, ending ozone and mine safety regulations and reducing the overall power of the Department of Labor's Office of Mine Safety.

Although Trump campaigned on a pledge to protect America's coal miners and has maintained a cozy relationship with powerful energy industry executives, coal's decline has accelerated since he took office. A Bloomberg New Energy Finance report in February revealed that more American coal capacity was retired within the first 45 days of 2018 than had been retired in each of the first three years of President Barack Obama's presidency. It also revealed that, as of the end of 2017, coal plant owners "had announced 12.5GW of planned retirements for 2018, foreshadowing the largest year for coal decommissioning since the 15GW of retirements in 2015."

"Although the pace of coal retirements slowed in 2017 to 6.2GW, companies have already announced enough upcoming coal retirements to make 2018 a near-record year. As of November 2017, companies had 12.5GW of coal plants slated to decommission in 2018, second only to 2015’s high of 15GW," the report stated.

It added, "Since 2011, the coal fleet has shrunk 15% from its peak size of 306GW. Persistently low gas prices and flat load have contributed to less runtime and lower revenues for coal plants. Even as coal capacity dwindles, 22GW of new gas capacity is scheduled to commission in 2018. In addition, aging boilers and rising operating costs – partly due to U.S. Environmental Protection Agency (EPA) regulations covering sulfur, nitrogen, and mercury emissions from power plants – have forced many coal plants to retire earlier than originally planned."

CNN Money went into further detail about the bleak prospects for American coal in a February article:

Trump has attempted to resuscitate the coal industry by gutting the Clean Power Plan, Obama's signature effort to slash power plant carbon emissions. The Trump administration also tried -- and failed -- to enact a plan that would have subsidized slumping coal power plants.

Although the pace of coal plant closures slowed in 2017, the outlook looks bleak.

Even without the Clean Power Plan, the EIA expects coal-fired electric generating capacity in the United States to decrease through 2030 because natural gas is cheap and renewable energy costs are declining.

Forecasters anticipate a greater amount of coal power capacity to vanish between 2017 and 2030 than what disappeared between 2011 and 2016.

There are a number of reasons why Americans in the Appalachian region are hoping to gain coal mining jobs, even though that industry is not necessarily the most prevalent one in the area.

Salon also spoke with a public historian and writer in November about news coverage that has blamed out-of-work coal miners for believing Trump when he has told them that he would get them their old jobs back.

"From my POV, the missing piece to the Reuters story isn't cultural but economic," Elizabeth Catte, a public historian and writer, told Salon. "I'm surprised the author didn't, for example, look at data from 2015 (before Trump became a viable political candidate) and compare that to the present — is the poor uptake for coal re-training programs specific to the Trump presidency or was this an issue in previous years?"

She added, "It certainly makes for a spicy take to begin and end with a tableau about a stubborn coal miner dug into wait on better days but the reality is that these programs are historically unpopular and deliver unconvincing results."