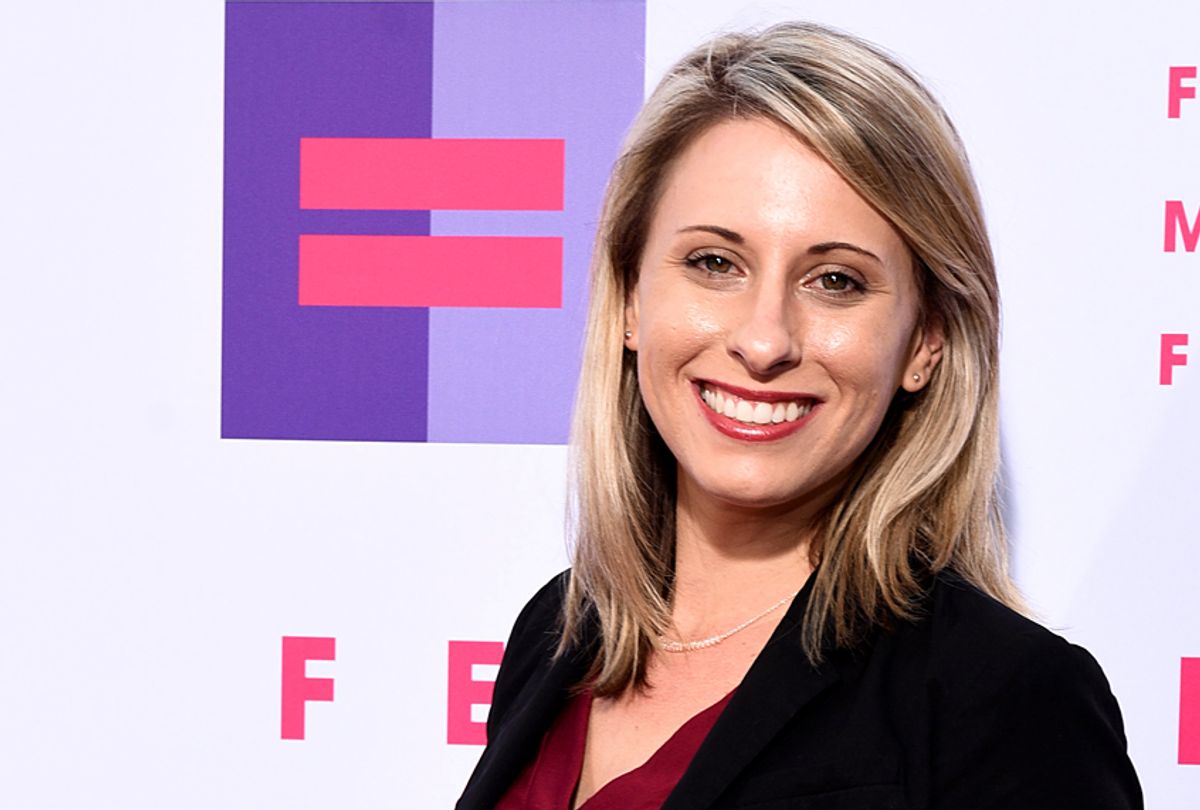 There are just six openly gay members in the House of Representatives. Katie Hill, a 30-year-old running for public office for the first time, wants to become the first openly bisexual member of Congress from California — and on Tuesday, she got one step closer, clinching the Democratic nomination.

She now goes on to challenge Republican Congressman Steve Knight, an anti-LGBT incumbent, in one of the most high-profile races across the country. Knight, who represents California’s 25th congressional district, which includes parts of Los Angeles County, is viewed as one of the most vulnerable incumbents in Congress.

Hill, who quit her job managing a homeless services non-profit in Los Angeles to try to ride the proverbial blue wave that's supposedly coming to push Congress toward a Democratic majority in November, told Salon that she was "never planning on getting into politics."

"I was very happy in my role at PATH (People Assisting the Homeless). We had developed major legislation on the same day that we had this massive victory," she said. "That was the same day that Donald Trump got elected, and it became very clear that whatever progress we were able to make on the local level could be completely undermined with the wrong federal partners in place."

After learning that her district could be a prime pickup opportunity for Democrats, Hill decided to run — and it hasn't been easy, she noted, pointing to negative campaigning and sexism.

Hill recalled when a top male official in the local Democratic Party told her that while she was "running a great campaign" and "raised a lot of money," he couldn't support her because he doesn't "think a woman can defeat Steve Knight."

The Democratic candidate said she tries to shake off the negativity. "There's not really a whole lot you can do except for bring attention to it and say this language is a manifestation of sexism that does exist in our society, and that's one of the major reasons why we do need to have equal representation by women," she said.

"This is just the beginning for our generation and for this wave of women," Hill continued, referring to the record-breaking number of women who are running for office this year. "I'm really honored to be a part of it, and I hope that we can continue to see this energy and momentum and carry this campaign forward but, most importantly, bring a new kind of politics into play. I'm looking forward to it."

One of Hill's priorities before November includes "unifying the Democratic Party in the region, since we had a tough primary," she said. Indeed, three Democrats ­— Bryan Caforio, a lawyer who also ran in 2016; Jess Phoenix, a volcanologist; and Hill — were the leading opponents to unseat Knight. Hill came out on top with 20.2 percent of the vote.

Hill is one of the many LGBT candidates who are seeking local, state and national office this year. If elected, she would be the first openly LGBT congresswoman from California and just the second openly bisexual person elected to the U.S. Congress. (Democratic Rep. Kyrsten Sinema of Arizona is the only bisexual member of Congress currently.)

"Katie's victory sets up a general election battle between her positive, solutions-oriented vision for the district and the politics of hate and destruction her opponent thrives on," she said in a statement. "Steve Knight and his family made careers out of attacking LGBTQ people and working to rollback equal rights. Now, voters have an opportunity to defeat him with an openly bisexual woman who has pledged to represent all her constituents."

The organization has endorsed more than 100 openly gay candidates across various office levels so far this election cycle, and the organization expects that number to grow to more than 150 before Election Day. And the group's endorsement slate does not include the total number of LGBT candidates who will be on ballots this year.

However, Hill said her campaign hasn't focused on her sexuality.

"Someone's sexuality is totally irrelevant to how they serve in any capacity, and that's one of the reasons why I've been pretty casual about it and have wanted to be completely open about it from the very beginning of my campaign," she explained. "But I think it's also saying, 'look, we are a large community that needs to have a proportionate voice in Congress and in every sector the community.'"

"Going up against someone like Steve Knight, who has consistently gone against LGBTQ rights," Hill added, "shows to me that there is an even greater degree of importance to have that voice and to be able to replace a Republican, anti-LGBTQ, anti-choice man with a pro-choice, bisexual woman, would be incredibly powerful, especially in this political moment."

What's the unifying message for 2018?

Nation editor and publisher Katrina vanden Heuvel on the 2018 midterms and the Democratic Party's future.