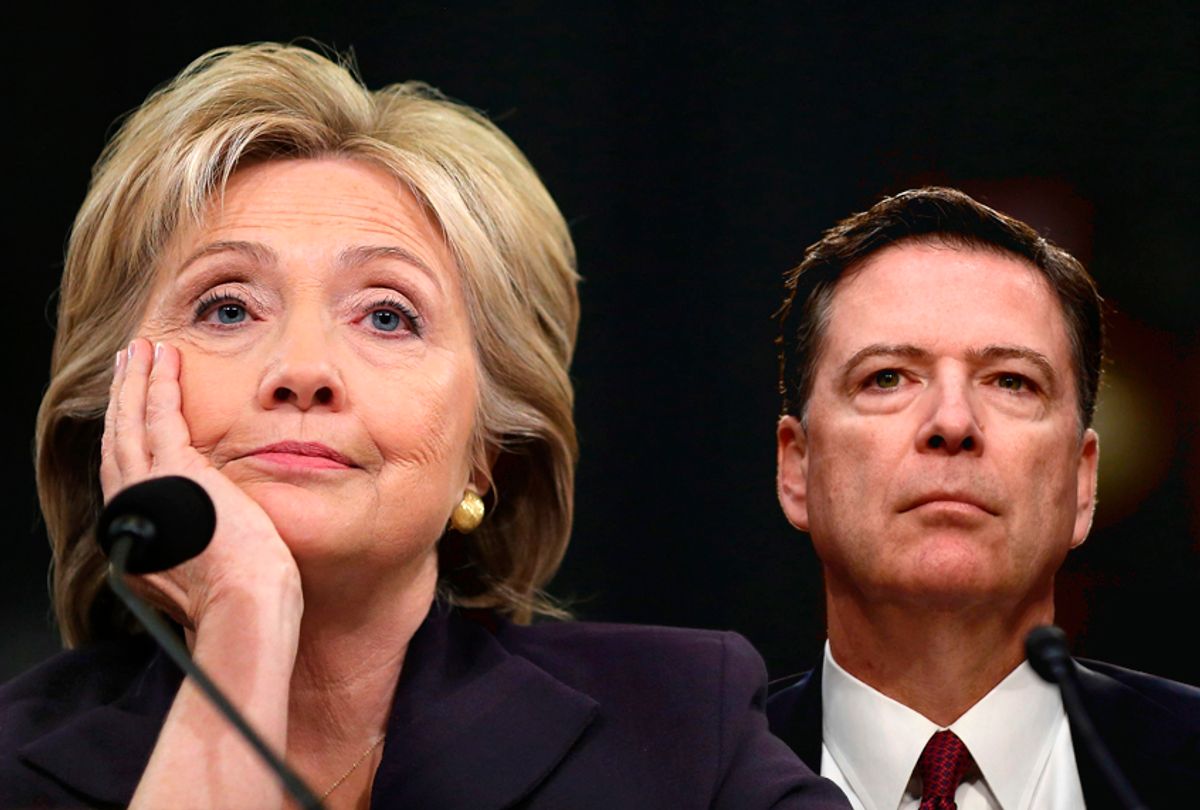 "But my emails," Clinton tweeted along with a post by Politico's Kyle Cheney, who noted that the report reveals former FBI Director James Comey used a personal gmail account to conduct official business "on numerous occasions."

Clinton's tweet highlighted Comey's own email missteps and referenced the often-mocked phrase of "but her emails" that her opposers — especially the Republican Party and Donald Trump's 2016 campaign — latched on to offset the latest scandal that engulfed the right.

Comey also reacted to the release of the inspector general report by penning an op-ed in the New York Times.

Still, he argued, the report was important for the bureau — not just because of what it uncovered, but especially because the inquiry found "no evidence that bias or improper motivation affected the investigation" into Clinton's emails.

Comey also said the findings suggest the narrative that Hillary Clinton should've been prosecuted for her use of a private email server can be put to rest. He wrote, the report "resoundingly demonstrates that there was no prosecutable case against Mrs. Clinton."

He also pointed out that the bureau's report found that there was no political bias in his decisions, which is something he said both he and inspector general's office agreed upon.

"As F.B.I. director, I wanted a second set of eyes on the agonizing decisions we made during the 2016 election, knowing full well the inspector general’s office could draw different conclusions. I also was confident that even if it disagreed with our decisions, it would find the F.B.I. team made them without regard for political favor or partisanship," Comey wrote.

"The inspector general's office has now reached that very conclusion," he concluded.