Republicans waffle on Trump's family-separation policy: Mostly, they want someone else to blame 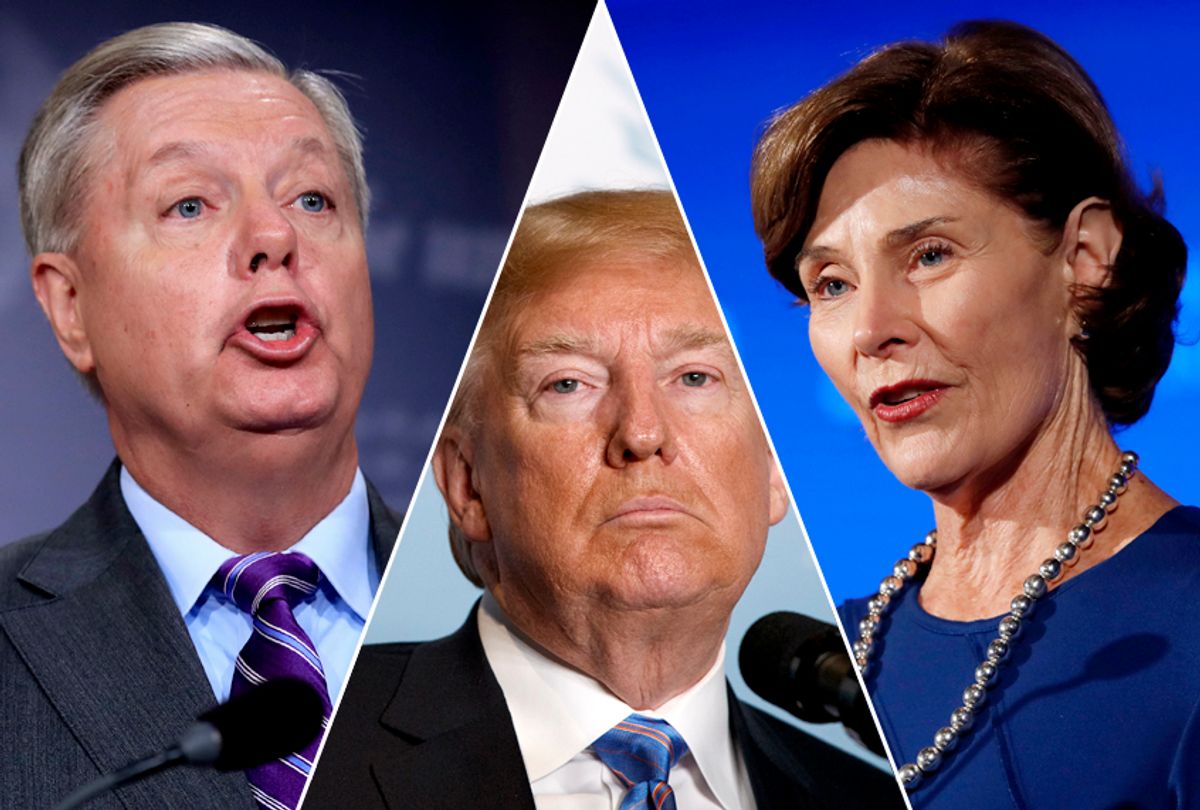 As President Donald Trump and the rest of his administration vacillate between owning their policy of breaking up the families of undocumented immigrants and incorrectly blaming Democrats, the rest of the Republican Party has a choice: Support their president or protect the rights of innocent children?

As the Wall Street Journal reported on Monday, this topic is likely to be at the top of the GOP agenda for at least the rest of this week:

President Donald Trump will attend a meeting of the House Republican conference Tuesday night, and immigration is likely to be one of the topics on the agenda, said Marc Short, the president’s legislative affairs chief, in an interview Sunday. “The policy is incredibly complicated and it is one we need to do a better job of communicating,” Mr. Short said, of the issue of separating families. “We’ve not talked about the history of how we got to this point.”

One bill is assembled by negotiators from the GOP’s moderate and conservative wings; another is more conservative. Both aim to address the fate of hundreds of thousands of young immigrants brought illegally to the U.S. as children, as well as seeking to increase border security.

During an appearance on CNN last week, Sen. Lindsey Graham, R-S.C., initially emulated the White House's attempt to blame Democrats for the policy by saying that they could have resolved America's immigration issue during President Barack Obama's administration.

"Well, I think the Democrats had 60 votes in the Senate, big majority in the House in the first year of President Obama's term, and did nothing about immigration," Graham said during his interview. After finally admitting that this wasn't relevant to the current situation, Graham acknowledged that Trump has the power to end the policy of separating children from their parents if he chooses, but is not doing so because he hopes to force the Democrats to negotiate with him on immigration reform.

"There's plenty of blame to go around, is what I'm trying to tell you. President Trump could stop this policy with a phone call. ... He can. I'll go tell him, 'If you don't like families being separated, you can tell DHS to stop doing it,'" Graham said. He added that Trump "doesn't think Democrats are working in good faith with him."

Sen. Ben Sasse, R-Neb., played a similar game as Graham, taking to Facebook to blame Democrats for their "catch-and-release" policy while also denouncing the administration's policy.

"Family separation is wicked. It is harmful to kids and absolutely should NOT be the default U.S. policy. Americans are better than this," Sasse declared in his Facebook post on Monday. He then added that "this bad new policy is a reaction against a bad old policy. The old policy was 'catch-and-release.' Under catch-and-release, if someone made it to the border and claimed asylum (whether true or not, and most of the time it wasn’t true), they were released into the U.S. until a future hearing date. Many folks obviously don’t show up at these hearings, so this became a new pathway into the U.S."

Two Republican senators have taken things one step further. Sens. Jeff Flake of Arizona and Susan Collins of Maine sent a letter to two federal departments, Homeland Security and Health and Human Services, demanding to learn more about the policy of separating families.

Flake, it is worth noting, introduced legislation in 2015 that called for President Barack Obama to "immediately remove any directives or policies that would bar the prosecutions of first-time border crossers." The fact that border crossers are now being prosecuted instead of merely deported opened the door for the Trump administration to separate children from their parents.

Even First Lady Melania Trump offered a veiled criticism of the policy, declaring through a statement that she believes America needs to be "a country that governs with heart."

The editorial board at the New York Post -- a pro-Trump tabloid owned by Rupert Murdoch's News Corporation -- also published an article denouncing the president's policy and declaring it could be politically disastrous for the Republican Party.

"The polls were starting to suggest that Republicans might not lose big in this November’s midterm elections, but they’ll turn back the other way if this keeps up — and rightly so," the Post wrote.

The editorial continued, "It’s not just that this looks terrible in the eyes of the world. It is terrible: at least 2,000 children ripped from their parents’ arms, sometimes literally, in just the first six weeks."

Republicans are working on a series of bills that could resolve this issue, at least hypothetically. In ideological terms, these range from being moderately conservative to intensely conservative, according to the Washington Post:

One of the Republican immigration bills, a hard-line effort led by House Judiciary Committee Chairman Bob Goodlatte (Va.), is not expected to garner enough support to pass the chamber.

The other, described as a compromise between the moderate and conservative factions of the GOP, fully funds the president’s desired wall along the U.S.-Mexico border, ends the diversity visa lottery and family-based immigration, and incorporates a pathway to citizenship for young undocumented immigrants known as “dreamers.”

The measure, which was drafted with White House input, would also stop the practice of family separation, but not the detentions, and applies only to those families that arrive at the border seeking asylum.

The Trump administration has continued to insist that the president is not responsible for the new policy, even though he is. It has also argued that the White House is not using the plight of immigrant children as leverage to compel Democrats to support its proposed immigration bills (which is also untrue). Furthermore, federal officials have insisted that they are merely enforcing the law as it is written, even though nothing in the law says that the children of undocumented immigrants must be separated from their parents.

A discussion on immigration and the far right.