The actor testified before the Senate Judiciary Committee, advocating for a national sexual assault survivors bill 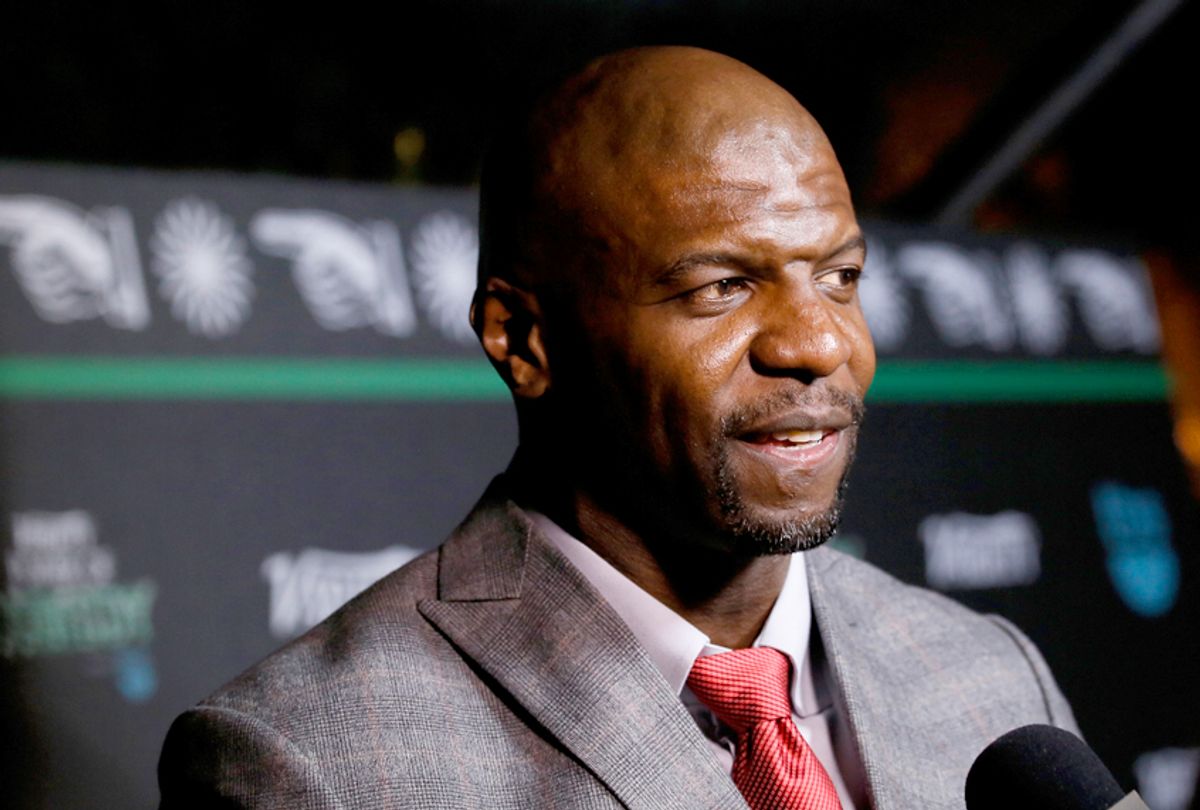 Actor Terry Crews delivered a powerful speech about his alleged sexual assault and the grip of toxic masculinity in our society to the Senate Judiciary Committee Tuesday. He traveled to Capitol Hill to testify in support of a Sexual Assault Survivors' Bill of Rights.

"This past year, we have seen powerful men in Hollywood and elsewhere, finally held accountable for sexual harassment and assault," Crews said, beginning his six-minute statement. "We also saw the backlash survivors faced after coming forward. I wanted these survivors to know that I believed them, I supported them and that this happened to me too."

The actor originally disclosed his own alleged experience of sexual assault after seeing the mounting skepticism and disbelief levied against women survivors in Hollywood. On Twitter in October 2017, he said that a powerful agent groped him during a party in front of his wife. It was later revealed that the alleged abuser was Adam Venit, former head of the motion picture department at the talent agency William Morris Endeavor. Crews added that he was pressured to stay silent about it.

In Crews' testimony, he said that not only did the slanted terrain for survivors coming forward motivate his own public disclosure, but it has forced him to examine "the cult of toxic masculinity."

"As a child, I watched my father violently abuse my mother, using his power and authority to dominate her," he continued, revealing a critical dynamic to the preservation of patriarchy and male violence — that it is often taught and passed down.

"All I could think of was how to protect her. How if I get strong, I can protect her from this living nightmare. As I grew up, this thought transformed the type of man I became," Crews added. "I swore I would never be like my father and yet I believed to my core that as a man I was more valuable in this world than women."

He said that his physical strength and society at large encouraged this hierarchal thinking, with women making up the bottom. Crews said he used "images of women's bodies and pornography at my disposal, validating my need for control. I often cut women short of sharing personal details of their lives, so they would seem less human."

Crews' reflections of the way he has perpetuated toxic masculinity illuminates the insurmountable ways in which women are subjected to misogyny and dehumanized to protect the gendered (and raced) social order. Poignantly, it also demonstrates the nuance of abuse against women, which can range in severity and yet still be traumatic and suffocating no matter to which degree it is conducted.

Crews added that he brought this learned dominance onto the football field, into movie sets and into his home. "Then, in 2016, at a party with my wife, I was sexually assaulted by a successful Hollywood agent," he said. "The assault lasted only minutes, but what he was effectively telling me, while he held my genitals in his hand, was that he held the power. That he was in control. This is how toxic masculinity permeates culture."

The "Brooklyn Nine-Nine" actor said that he was repeatedly told that this incident "was not abuse," but rather a joke or horseplay. "But I can say," Crews continued, "that one man's horseplay is another man's humiliation." In sharing his story, he said that he stands in solidarity with millions of others, who too often face barriers to coming forward, among them, deep shame."

The internet quickly an example in real time when rapper and star of the Starz drama "Power" 50 Cent posted on Instagram Tuesday after Crews' testimony a picture of the actor, shirtless, with the words, "I got raped My wife just watched." He added the caption: "What the fuck is going on out here man? Terry: I froze in fear. . . they would have to take me to jail." The photo has been deleted, but in a new post Wednesday, 50 Cent said the post was removed, claiming, "People are so sensitive."

During the hearing, Sen. Dianne Feinstein (D-Calif.) asked Crews as a powerful man, why didn't he fight back against his alleged abuser. Speaking about the vital intersection of race and sexual violence, Crews said, "As a black man in America. . . you only have a few shots at success. You only have a few chances to make yourself a viable member of the community. I'm from Flint, Michigan, and I have seen many, many young black men who were provoked into violence," adding that they are now either in prison or dead.

This is why the Sexual Assault Survivors' bill is needed in all 50 states, Crews said. The bill was signed by President Barack Obama in 2016 and requires the cost of rape kits to be subsidized. It also connects survivors with resources including sexual assault counselors and stipulates that all forensic testing be preserved for the entire statue of limitation. Advocates like Crews want it to be expanded across the country, so the financial burdens and mental and time constraints that often deter people from reporting sexual abuse are lifted.

"While we can call attention to a culture of toxic masculinity and the need to disrupt power dynamics, this bill creates long-term change and gives power and control back to survivors," he told the committee.

In a moment when people are looking to build upon the momentum of the #MeToo movement, but move past the individual allegations and consequences and the headlines that disrupt the news for a day and then are forgotten, the work and advocacy of Crews among others, points to a way forward on institutional change.