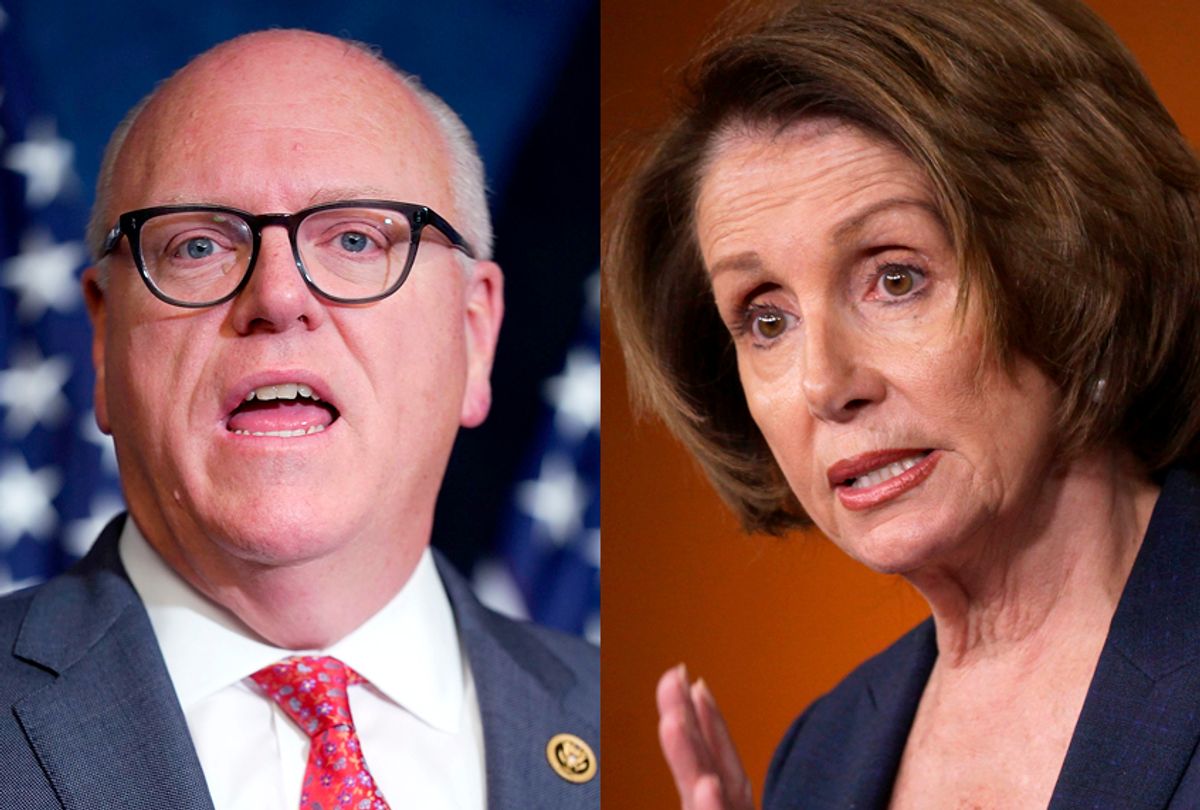 Ohio Rep. Tim Ryan has been mulling the idea of mounting a new challenge to Minority Leader Nancy Pelosi for the Democratic Party's top leadership position as a potential shakeup in the House caucus brews this fall. The move was seemingly inspired by heir-apparent Rep. Joe Crowley's, D-N.Y., surprising primary defeat by Alexandria Ocasio-Cortez last month.

Although he has not made a formal decision, Ryan is "strongly leaning" toward opposing the Democratic leader, according to a new report from Politico. (He previously said he would not.)

But, in the weeks since Crowley — the highest-profile Democrat to lose a primary this year — was defeated in his bid for re-election by the 28-year-old political newcomer, questions have suddenly emerged about the future direction of the party and the face of its leadership.

"The Crowley race changed a lot for a lot of us," Ryan explained to Politico. "There was a lot of assumption that he was going to be moving forward in leadership, and so losing that election put everybody in a state of mind to reevaluate what was happening."

However, Ryan said he would not eye the ambitious leadership position unless he believed he would win.

The Ohio representative did launch an insurgent bid for Pelosi's post in the wake of defeat for Democrats across the board in the 2016 election, in which he earned nearly 30 percent of his caucus' backing. If he chooses to officially throw his hat into the mix, he "would be the first challenger to emerge against Pelosi in the post-Crowley world," according to Politico.

In an interview with Rolling Stone published Sunday, Pelosi said those Democrats calling for a new generation of leadership — Ryan and Rep. Seth Moulton, D-Mass., included — were "inconsequential," adding that "they don't have a following in our caucus. None."

"Leader Pelosi's sole focus is on winning the House," Drew Hammill, Pelosi's spokesperson, said in a recent statement to Politico. "The leader has not asked for support from members, but she is delighted with the support she is receiving from the caucus."

And Ryan may not be alone. Crowley's primary defeat has also inspired other ambitious Democrats to jockey for key leadership positions.

Rep. Ben Ray Luján, D-NM, has reportedly told colleagues he has an interest in the coveted whip position if Democrats secure the majority again. Reps. Barbara Lee and Linda Sanchez of California are both supposedly weighing their interest in succeeding Crowley as caucus chairman. According to Politico, both congresswomen spent their Fourth of July break reaching out to colleagues and allies about their possible candidacies.

The move comes as at least 20 Democratic candidates on the campaign trail, hoping to be elected to the House of Representatives in November, have openly opposed Pelosi's desire to wield the speaker's gavel again.

As my colleague Clarrie Feinstein writes, "If Democrats do win back control of the People’s House on Election Day, the potentially narrow margin would give Pelosi almost no room for mistake as she lobbies for the 218 votes needed to win a floor vote."

No matter what happens in this fall's elections, several Democratic lawmakers indicated to Politico that Crowley's defeat points to "some kind of reckoning come November."

"There is frustration in the caucus about allowing talent to rise to the top," Virginia Rep. Gerry Connolly, a Democrat, told the outlet. "There are a lot of members who are frustrated, who feel that they lack opportunities to shine or reach their full potential. And, I think we have to address that as a caucus."