Emmy nods for Larry David and "Curb Your Enthusiasm": What's the point? 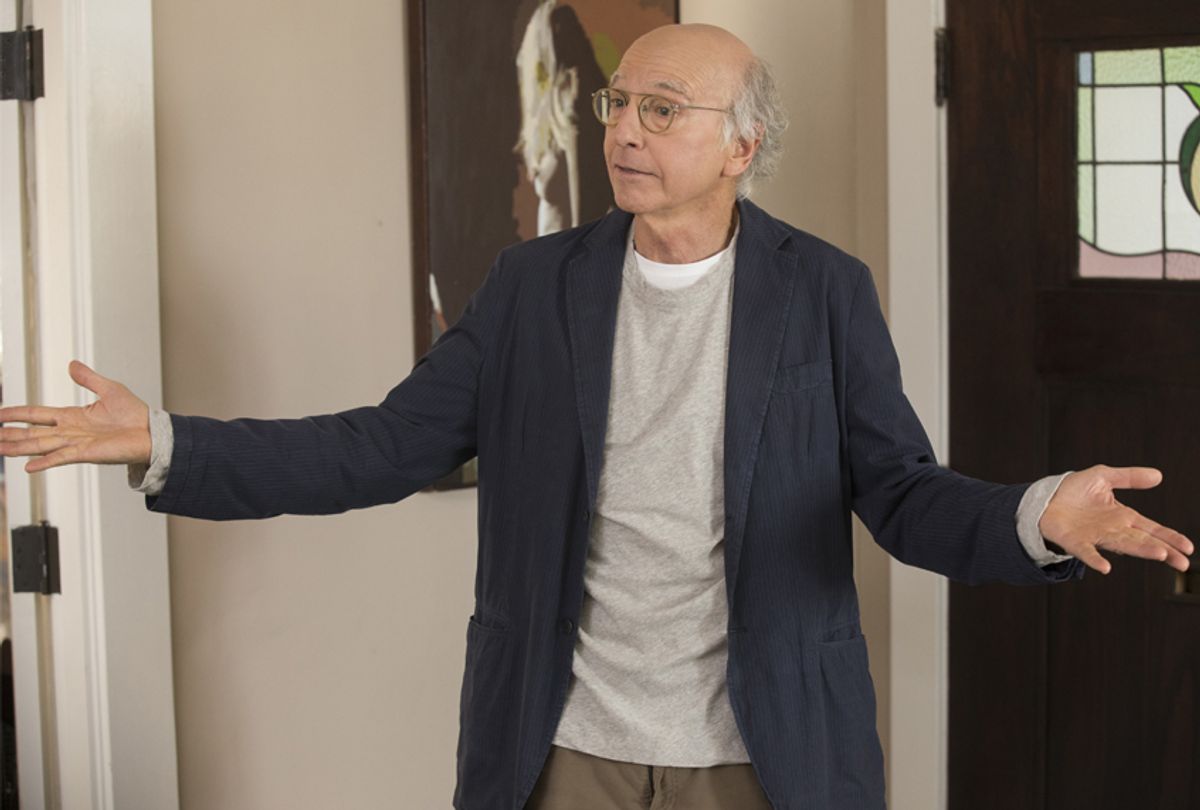 Once upon a time — long ago, not recently — HBO's series "Curb Your Enthusiasm" made Larry David the king of cringe comedy. This is back in 2000 I'm talking about, when the show was one of the best comedies on television.

With its debut the "Seinfeld" co-creator revealed how influential he was in sculpting that legendary NBC comedy's arch tone and unique structure by getting in front of the camera. In doing so, David sprang from a comedy about nothing into a show about a guy annoyed by every little thing, oblivious to how aggravating and selfish his perpetual irritation is to everyone around him.

Thursday morning, people who respect comedy may at last have a full sense of what it's like to be one of those "Curb" characters who detests the fictional Larry David. The real one stole some of the limited joy one might have on Emmy nominations morning by scoring a nod in the outstanding lead actor in a comedy category, while the sorely inferior ninth season of "Curb" landed a slot in Outstanding Comedy.

Emmy has certain habits that its frequent burn victims such as yours truly learn to become accustomed to, a common one being rubber-stamping certain titles and actors, or rewarding fame over quality. William H. Macy sharing the Outstanding Lead Actor in a Comedy series category with Anthony Anderson ("Black-ish"), Ted Danson ("The Good Place"), Donald Glover ("Atlanta"), and Bill Hader ("Barry")? That I get. Emmy loves repeat winners; Macy's a two-time victor and with 14 nominations over the years, four of those earned by his work on "Shameless." Importantly, although his portrayal wasn't particularly remarkable this year, Macy is consistently good.

In contrast, the greatest performance David gave came not in this lacking ninth outing, but throughout the six-year gap between seasons that was imposed by David himself. Any time he appeared before reporters, they'd ask if "Curb" was coming back and he'd bray some indifferent punchline that would be dutifully quoted. However, when the show itself finally returned in October it became apparent that downtime had not refreshed or sharpened David's humor but aged it, and not like a wine or cheese. This was something the audience did not want to consume, and the ratings showed it: the ninth season netted just over 1 million viewers on average, compared to the eighth season’s average of 1.99 million in 2011.

These latest episodes of were out-of-touch and disorderly, so laden with stale jokes and visual punchlines that HBO should have included warnings about possible strain from all the eye-rolling they caused. Never mind all that, let's reward "Curb" and David with a shot at Emmy gold.

If this seems like we're being hard on Larry David, keep in mind that a number of fine, funny performers could have landed among the lead comedy actor contenders who were actually acting. Zach Galifianakis had a decent run on "Baskets." Need a nostalgia pick? What about "Will & Grace" star Eric McCormack? He's doing a swell job in the revival. We'd even take Thomas Middleditch from "Silicon Valley" again.

There's a case to be made, though, that placing "Curb" in the running for Outstanding Comedy is worse. Emmy voters had eight slots to fill — eight. HBO did just fine in that category, with three of its shows nominated including "Barry" and "Silicon Valley." One of those rankings could have gone to the original, fresh second season of "Insecure" instead of dusty "Curb."  Nope.

Or hey, how about Pamela Adlon's FX series "Better Things"? To be frank, that one's chances probably went out the window with the decline and fall of its co-creator Louis C.K. (Yet another reason to withhold forgiveness from Louis C.K.!)

Eight chances to get it mostly right, and Emmy voters whiff it by choosing one of the worst possible options in the current TV comedy landscape. Then again, maybe this is the voters' way of acknowledging the rampant pessimism of our times. We're living in a time when mediocrity rules and is rewarded. Why should television's top awards behave any differently?

Is the Emmy nominee and hip-hop star a genius, or just smart?