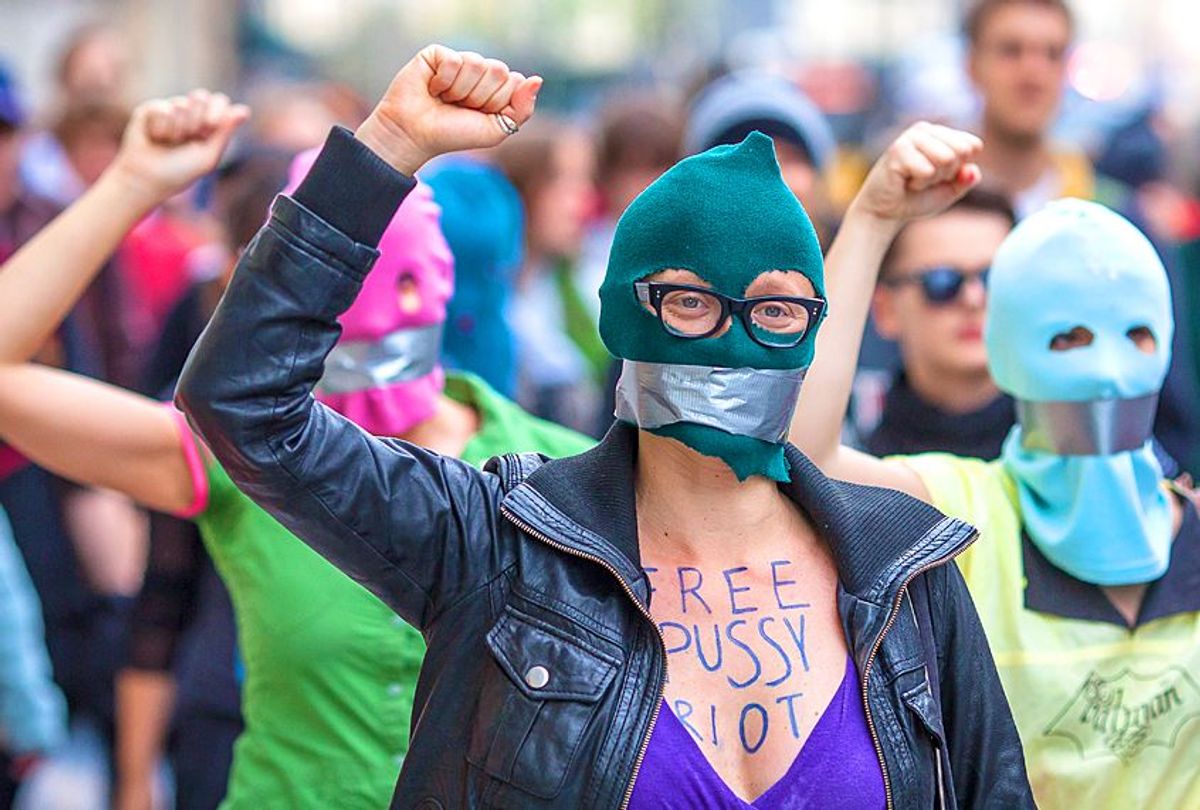 The group posted a statement on its Facebook page that dubbed the performance, "Policeman enters the Game."

Dressed in old-school police uniforms, four of the group's members ran onto the field 52 minutes into the soccer match between France and Croatia. Security guards tackled all four protesters, the Associated Press reported. Prior to being detained, one member received a two-handed high-five from France's Kylian Mbappe.

"Today is 11 years since the death of the great Russian poet, Dmitriy Prigov," a statement posted to Pussy Riot's Facebook page read. "Prigov created an image of a policeman, a carrier of the heavenly nationhood, in the russian culture."

When the earthly policeman enters the game, we demand to:

1. Let all political prisoners free.
2. Not imprison for “likes”.
3. Stop Illegal arrests on rallies.
4. Allow political competition in the country.
5. Not fabricate criminal accusations and not keep people in jails for no reason.
6. Turn the earthly policeman into the heavenly policeman.

Pussy Riot was founded in 2011, and quickly became known for its provocative political demonstrations and performances. The group has railed against Russian President Vladimir Putin. In 2012, Masha Alyokhina, was sentenced to two years in prison for "hooliganism driven by religious hatred" after the group put on a guerrilla performance in Moscow’s Cathedral of Christ the Saviour.

Back in October, Alyokhina was featured as a guest on "Salon Talks" in which she shared the experience of her arrest, trial and imprisonment for going against the Putin regime.