Trump ramping up Republicans' long-running war on the poor: No one's noticed

Recently the Trump administration announced that the War on Poverty is over: On the evidence, the rich won 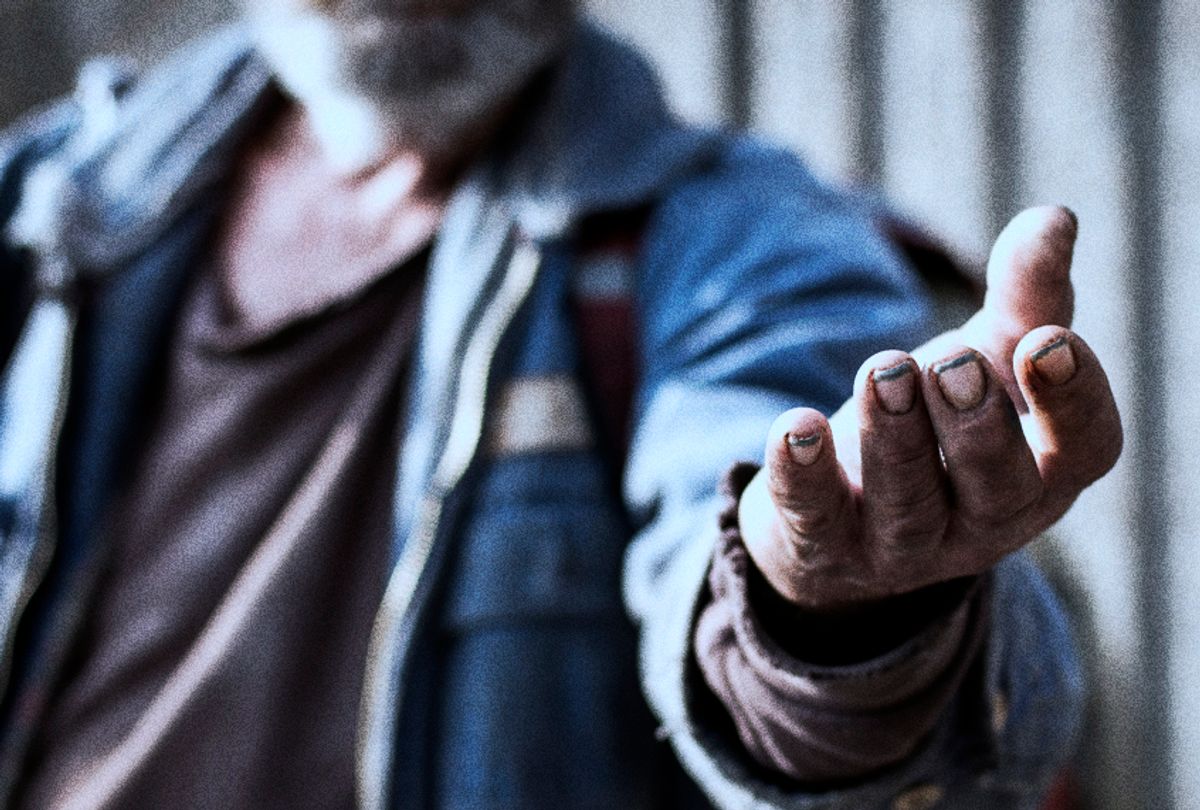 Donald Trump, the Republican Party and their voters and supporters have shamed America before the world. We saw a vivid example of that this week in Helsinki, of course, but I refer to something else: Recently, a United Nations special rapporteur named Philip Alston, who "acts as a watchdog on extreme poverty around the world," as the Guardian puts it, has condemned the Trump administration for its institutional cruelty, suggesting that it is "deliberately forcing millions of Americans into financial ruin" and "depriving them of food and other basic protections while lavishing vast riches on the super-wealthy."

“This is a systematic attack on America’s welfare program that is undermining the social safety net for those who can’t cope on their own. Once you start removing any sense of government commitment, you quickly move into cruelty,” Alston told the Guardian.

Millions of Americans already struggling to make ends meet faced “ruination”, he warned. “If food stamps and access to Medicaid are removed, and housing subsidies cut, then the effect on people living on the margins will be drastic.”

The Trump administration shows no signs of ending their willing addiction to cruelty. Earlier this week, in a move that attracted almost no notice amid the constant madness of the news cycle, the Trump administration announced that the War on Poverty is over. Why? Because the problem of poverty has supposedly been eradicated in the United States. Daniel Politi of Slate explains:

Republicans have long railed against the country’s social safety nets as expensive and inefficient. The long-running War on Poverty was frequently a target for these critics who were fond of saying it was a huge failure that did not actually help a significant number of Americans out of poverty. But now the Trump administration is trying a new tactic, saying that the reason why social safety net programs need to change is because the War on Poverty was actually a huge success.

President Trump’s Council of Economic Advisers declared in a report earlier this week that the war on poverty “is largely over and a success,” saying only around three percent of Americans are really poor and the best way to help them is to boost the economy as a whole.

Of course, such claims about poverty in America are not true. For Donald Trump, his administration, and members of his political cult, such lies are akin to the oxygen that nurtures fire. These claims about the success of the War on Poverty are also profoundly disingenuous: Trump and other Republicans believe these programs do not work and want to eliminate them.

The facts are clear: The United States has one of the highest childhood poverty rates in the developed world. Infant mortality rates are the worst relative to other wealthy countries, and increasing as well. When including other measures such as homelessness and overall well-being, the United States ranks near the bottom among its wealthy peers.

Life expectancy is decreasing for working-age whites — especially among poor and working-class white people — because of drug abuse and other stressors. This phenomenon is exceptionally acute in those areas where support for Donald Trump is high. Here, Trump’s sadism is actually hurting the people who love him the most.

Poverty among elderly Americans is increasing. More Americans aged 85 and older are working because they do not have the resources to retire.

Wealth and income inequality continues to increase in the United States to such an extreme that 1 percent of families own roughly 40 percent of America's wealth. Wages are stagnant if not decreasing. Unions are under assault by Donald Trump and the broader right wing, although that is certainly nothing new. The very idea of the commons is also being further eviscerated by the American right, as further empowered by Trump’s regime. This is a form of collective violence that diminishes individuals’ life chances and thus increases poverty in America.

While Trump does not possess a coherent political vision or philosophy, unfortunately for the American people he is surrounded and enabled by people who do.

There is a vast right-wing network of organizations and individuals, exemplified by the Koch brothers, who -- as Nancy MacLean explains in her new book “Democracy in Chains” -- want to destroy the social safety net in the United States and curtail the ability of those who are not rich, white, Christian and male to do anything to stop their campaign of carnage.

For these right-wing ideologues, democracy and the 20th century are thee enemy. Presidents such as Franklin D. Roosevelt, with the New Deal, and Lyndon B. Johnson, with the Great Society, worked to create a more humane society through such programs as Social Security, Medicare, Medicaid and, of course, the changes compelled by the African-American freedom struggle and the civil rights movement.

This gangster capitalist effort to expand the neoliberal nightmare is an example of Social Darwinism and Malthusian thinking, imported from the early 19th century to the present.

For right-wing ideologues, poor people and other vulnerable populations, are “useless eaters.” The problem of poverty is best solved by making them literally disappear.

Perhaps if Donald Trump and other right-wing extremists would rethink their goals if they could speak with those people who are being made to suffer as a result.

Alice Wong’s editorial “My Medicaid, My Life” in the New York Times would be a good beginning:

I am a Medicaid welfare queen. When Republicans talk about safety net programs like Medicaid, Social Security and food stamps, they evoke images of people like me gabbing on their smartphones, eating steak and watching TV from the comfort of home. Political rhetoric and media coverage paints us as unmotivated and undeserving individuals, passive consumers of taxpayer dollars who are out to “game the system,” taking resources away from hard-working people.

The reality of being a disabled person on Medicaid is far more complex and nuanced. Many people do not even know the difference between Medicaid and Medicare and simply consider them “entitlement programs,” as if tax breaks and corporate subsidies aren’t entitlements by another name. Medicaid is more than a health care program. It is a life-giving program. ... When Republicans talk about freedom and choice, they don’t realize that Medicaid gives those very things to people with disabilities. ... When I was young, I felt shame and embarrassment at being one of “those people” on benefits. Today I am unapologetically disabled and a fully engaged member of society. None of that would be possible without Medicaid.

Unfortunately, Wong’s strength, candor, logic, intelligence and vulnerability will not spark an epiphany or cause a radical rethinking of the hostility and cruelty that Donald Trump, the Republican Party and far too many self-described Christians feel towards poor people, those living with disabilities and other human beings they view as being "less than."

There is, however, a group of people in the United States that Trump and other conservatives believe need and deserve further assistance: the rich. Nobel-winning economist Joseph Stiglitz points out this absurdity and moral failing in an interview with The Guardian:

Can you believe a country where the life expectancy is already in decline, particularly among those whose income is limited, giving tax breaks to billionaires and corporations while leaving millions of Americans without health insurance? ... This administration inherited a bad situation with inequality in the US and is now fanning the flames and worsening the situation. What is so disturbing is that Trump, rather than taking measures to ameliorate the problem, is taking measures to aggravate it.

Ultimately, the Trump administration believes that the War on Poverty should be replaced with a War on the Poor. As with virtually everything else, Donald Trump and his spokespeople are just too cowardly to tell the truth.

How dark money is destroying democracy