"Castle Rock" and the quiet terror of being the other 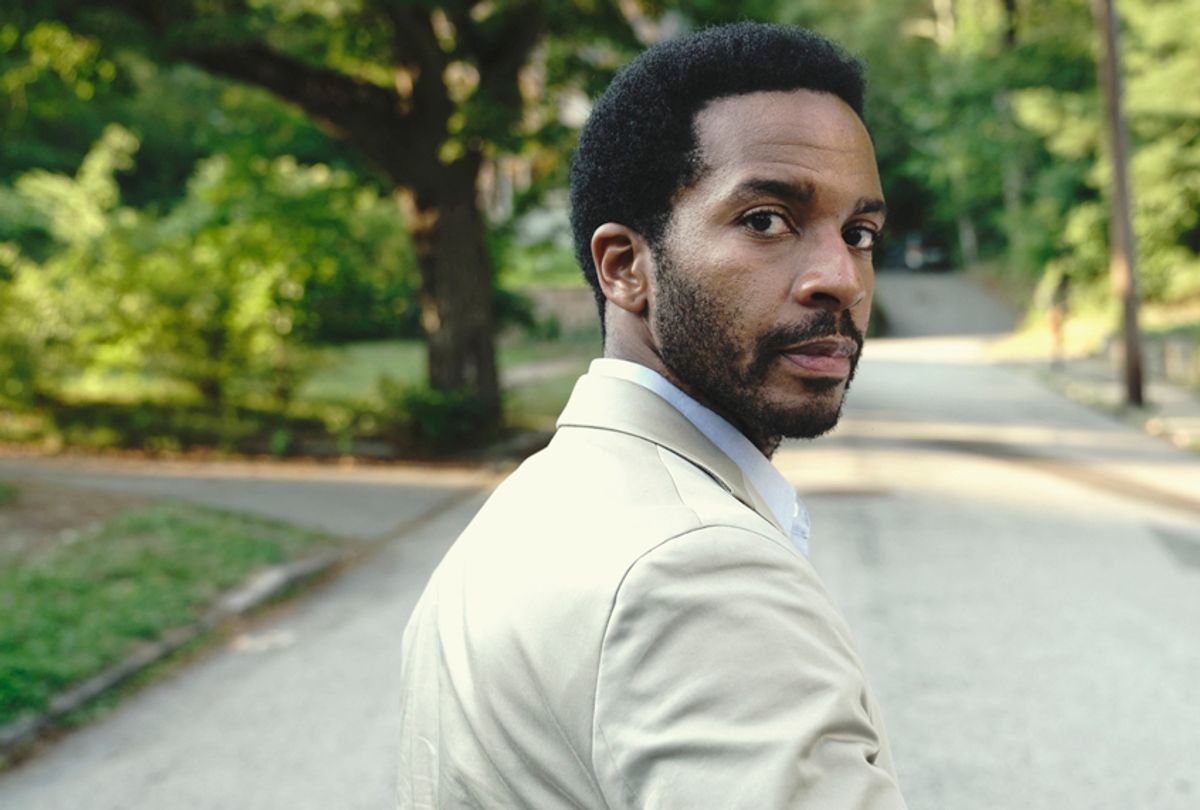 "Castle Rock," Hulu's longform series ode to Stephen King debuting Wednesday, is a reminder of how differently people can view the same story.

By no means is it a "Rashomon"-type of affair; King's commercial success is rooted in the fact that his stories are straightforward entertainments, with meanings no more complex than the eternal struggles between light and dark or good versus evil.

The same applies to "Castle Rock," a original creation by Sam Shaw ("Manhattan") and Dustin Thomason, that is foremost a fairly straightforward pastiche of the horror author's oeuvre. Those who are well-versed in King's work, whether on the page or by way of one of the 100-plus screen adaptations of his stories — may welcome the Easter egg hunt it offers by dotting each episode with details and character associations from previous works. The most obvious is the town itself.

The average filmgoer is much more likely to recognize the second most important character in Castle Rock other than the town itself: Shawshank State Penitentiary.

Even those familiar with King by reputation and little else should recognize the classic narrative of the prodigal son returned, personified here in Henry Deaver.

An attorney who specializes in death row cases, Deaver is lured back to Castle Rock at the behest of an unidentified caller. It's not a trip he wants to take, but something prods him into going.

Henry could be thought of the spiritual sibling to Selena St. George, the accusatory daughter in the film adaptation of "Dolores Claiborne." Like Selena, it's implied that Henry left town to escape something in his past that the townsfolk won't allow him to forget. But a key difference, besides their gender, is that Henry, played by Andre Holland, is black.

Holland's previously co-starred in Steven Soderbergh's Cinemax drama "The Knick," a period piece set in the early 1900s in which he played a black doctor confronted at every turn with prejudice and discrimination. In that drama, Holland's character dealt with aggression with grace and steadiness, holding tightly to his confidence in his prodigious skills.

Holland's Henry has no such shields owing to a past the townsfolk won't allow him to overlook, and the actor wears the character's perpetual discomfort on his face in every single scene. Never does Henry seem at ease his return to Castle Rock, and Holland walks the streets like a man who knows he's not welcome in the place he was raised, like someone who does not feel at all at home.

In a voiceover, a character explains that Henry got into a major mess with law enforcement when he was a kid that involved him going missing and is associated with the unexplained death of his adoptive father, a minister. "Kid comes sashaying back from the dead like Tom Sawyer to find out that he's got no dad," the man blithely explains, "and the town blames him. Deaver claims he doesn't remember a thing."

At no point do the people of, to use the words of one character, "lily-white" Maine make the presumption that this black adopted child might be innocent and as much of a victim as his dead father.

And "Castle Rock" makes no effort to downplay or overlook Henry's blackness or to assist him in hiding it. When Henry comes back to town, it's via bus. He's dropped off in the center of town, exposed to nearly abandoned streets and the stares of everyone who sees him.

"Hey, killer," a creepy man says to him as he passes, his gaze trained on Henry until he leaves his sight.

Castle Rock is a stand-in for the quiet menace of legendary small town America, the places left behind by big box store expansions and suburban expansion. While the title burg is one of three fictional towns in Maine where King's stories have been set (the others being Jerusalem's Lot and Derry), it feels like any number of places people like Henry take pains to drive by during road trips.

And this particular spring and summer, millions of us have gotten to experience what life must be like for Henry via viral videos. Recently Brianna Lindell, a white woman, posted a Facebook video of a group of Somali-American children who were detained and cuffed by police responding to a baseless 911 call made by a white kid who verbally attacked them. The police responded by drawing guns on the teenagers before determining they were not armed.

This is only one of the latest examples.

People of color entering into spaces presumed to be reserved for white people — including, in two recent examples, neighborhood pools — have caused such fear merely by existing that they've either had the police called on them or been subjected to extreme physical and verbal abuse with little recourse beyond social media shaming.

"Castle Rock" unfurls in a place beyond and separate from such real life horror shorts, but it is, in a real way, an apt manifestation of an American fright classic: the paranoia caused by the other.

Henry isn't the only person who has cause to fear the quiet, bitter wrath of "Castle Rock," any more than the town has cause to suspect him. Instead it's a strange and sinister character known as The Kid (Bill Skarsgård, i.e. the actor who play Pennywise in the 2017 update of "It") discovered hidden in the deepest bowels of Shawshank, who could be the place's doom.

But, as with Henry, nobody knows The Kid's story. No record exists of who he is or where he came from. He's nearly non-verbal, and when he speaks, it's barely louder than a whisper.

Terrible, inexplicable events happen around The Kid, but no concrete evidence points to him as their cause. He's the town's ultimate Other, the only difference being that he's behind bars.

Compared with King's most successful films and TV endeavors, "Castle Rock" moves more slowly than a person might desire.

Hulu is debuting the first three episodes of the series at once, which may assist with the strenuous pacing of its opening hours. This sets a firm foundation around with the story noticeably coalesces in its creepier fourth hour, when the energy picks up.

One positive of the writers taking their time with the opening chapters is that it sinks the viewer into the paranoiac air of "Castle Rock" while allowing diehards to get past the parade of cameos by alumni of past King films.  Besides Skarsgård, the series features Frances Conroy (from "The Mist"), Melanie Lynskey (of the TV miniseries "Rose Red") and Terry O'Quinn ("Silver Bullet") in a variety of roles.

Ann Cusack has a meaty turn as a tart-tongued prison official; conversely Sissy Spacek seems sunken and lost, at first, in her portrayal of Henry's mom. But Holland, Skarsgård and Noel Fisher (as a green but determined prison guard) anchor "Castle Rock" to a solidity that perhaps invites the view to pardon the wan efforts to flesh out other characters or allow us to truly care about them, and thereby fear for them, until the third hour.

Then again, that's how paranoia works its sorcery, by pushing us deeper into its thicket so unhurriedly that we only notice we're ensnared after it's too late to thrash our way to safety.

In one sense this is a conventionally evocative of King's stories, only the feeling is drawn out from a couple of hours into a full season. Looking at it from a different perspective, "Castle Rock" is a fresh take on an ages old trepidation, sharing the perpetual state of low-grade fright experienced by a number of people. Only this time, it's presented as high-concept horror that benefits from the branding of Stephen King.