The idiotic crimes of "Insatiable": Netflix's fat-shaming series lives up to the negative hype

You know what they say about there being so such thing as bad publicity? This Netflix series may be the exception 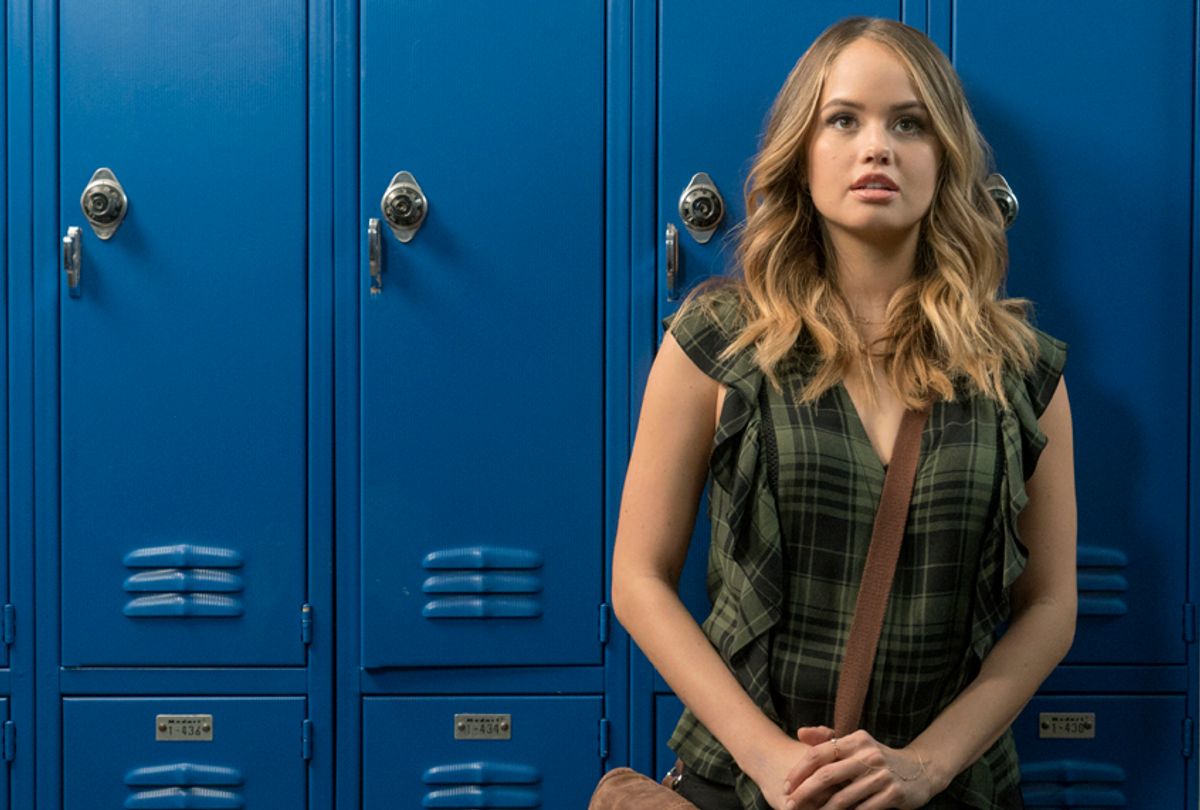 Better shows than “Insatiable” depict the struggles of being fat in a culture bent on punishing obese people with compassion, honesty and even wicked humor.

Better shows refuse to blare the nastiest stereotypes associated with being overweight, among them linking fat people with slovenly behavior or lack of control, or refusing to entertain the notion that they might be coordinated and athletic.

Having a life, a romance and joy is out of reach to women who wear a double-digit clothing sizes. Women outside the range of a medically acceptable body mass index (a measure that can be wildly inaccurate) are painted with the implication that they’re less desirable or sexy than their thinner sisters. That they are sad, wilting wallflowers unworthy of vibrant social lives or interests.

That is, other than sitting on a couch, shoveling dessert whip into their faces and watching Drew Barrymore’s film catalogue from back to front and front to back.

And that’s not all! Are you in the mood for idiotic, low-bar toilet humor matched with an idiotic plot whose highest accomplishment is to elevate other pageant films such as “Drop Dead Gorgeous” from an underappreciated classic to, comparatively speaking, a work of genius?

How about the undercurrent of repressed or unrequited gay and lesbian yearning played for laughs? Why yes, we get all this, plus the distracting — to put it mildly — amount of voiceover narration meant to fill the many potholes in the story’s execution.

In most circumstances any pre-release negative judgment passed on a show strictly based on its trailer might be accompanied by reminders from cooler heads to wait. And usually, a trailer’s purpose is to drum up publicity, positive or negative, to raise curiosity about the full experience.

This is the rare case where every flame of anger concerning the show’s flagrant fat-shaming and unhealthy views about body acceptance was dead on. And this is before we learned that part of it was the icing on a fetid pile being marketed as a brownie.

“Insatiable” poses as a revenge story, and just in case we don’t get that this is the point, its main character Patty (Debby Ryan) outright declares that she wants revenge on everyone who has bullied her for her entire existence in the first episode. Netflix even came up with the pitch tagline of dubbing it as “coming-of-rage” story.

Almost immediately creator and executive producer Lauren Gussis disempowers that idea by denying that rich fantasy to Patty as a fat person. Instead, she’s only allowed to entertain that thought after she’s been socked in the jaw by a homeless person, forcing her to have her jaw wired shut. This encounter, by the way, is presented as somewhat humorous, as is Patty’s mother’s explanation to the flamboyant attorney she hires, Bob (Dallas Roberts), that her daughter is very serious about her food.

Anyway, three months on a liquid diet releases the thinner Patty that’s just been dying to get out, one of countless mythical bony beings imprisoned inside fat people the world over. Bob, who moonlights as a pageant coach, falls in love with the new Patty. This opens the door to a whole new world of short skirts, tight tops, makeovers and pageant competitions.

Oh, and revenge. Let’s not forget the revenge. What shape that revenge eventually takes is hard to say, having watched only five episodes and having forced myself to watch four of them, only to see if a few repugnant plot twists others had hinted at were as badly executed as they said. They sure are, in case you had doubts.

READ MORE: Kill it and cook it: it's time to take your DIY food sourcing game to the next level

A few days after the trailer was released Salon published an essay from an author who declared she would give “Insatiable” a chance because of its implied promise of granting a revenge fantasy to a bullied and shamed fat person. If “Insatiable” fulfilled that mission in any way, this would give a (patient, polite) person the slightest reason to partially recommend it.

But it provides no such service. Instead we have Ryan, who really should be in better projects than this, embodying one character’s declaration that "skinny is magic” while mourning all the ways that it isn’t. That’s a luxury denied to millions of people, who, as comedian Guy Branum eloquently put it in his interview with Salon, are made to feel bad for simply existing.

“We have a construction of fatness in media that says the only worthwhile thing you can do while being fat is fighting as hard and you can to not be fat,” Branum observes.  Regrettably “Insatiable” validates this by constantly reminding us that Patty is constantly doing everything in her power to keep herself from inhaling the world, knowing that doing so is a one-way ticket back to the terrible and tragic prison of fatness.

Watching “Insatiable” makes a few truths evident. One is that regardless of Gussis’ explanation that the series is inspired by her own weight struggles, the end product actually comes off as an example of internalized negativity concerning self-worth and body image. Mind you, I don’t know Gussis personally and therefore cannot speak with any certainty about her personal sense of self-worth. It’s just shocking that someone who dealt with such issues would create a work that leaves such a bitter flavor of self-loathing on the palate.

Another truth is obvious, and that is that fat people do deserve fantasies that place them at the center of the world, showcasing their lives and struggles with gusto and without being rendered invisible. Netflix streams such a series, in fact: the late great “Drop Dead Diva,” a pure pleasure that used to air on Lifetime.

Late spring of this year brought us another vastly better (if flawed) fantasy in AMC’s scripted drama “Dietland.”  TLC has a reality series, “My Big Fat Fabulous Life,” that follows a dance instructor who allows viewers to follow her as she builds her dance business and love life while contending with the obstacles and physical issues that come with moving through life as a 370-pound woman.

But there are still so few series that tell these stories well, or well enough. Outnumber these empowering projects by a significant margin are many more shows that peddle alarmist imagery about obesity, or even just mine sizeism for the laughs. Even NBC’s “This Is Us” introduced its female lead Kate as a woman many defined by her weight struggles as opposed to other desires she has in common with the audience.

And when a show gets stuck on that point, regardless of the person in the eye of the storm, it can distract from even the smallest sparks the script has going in its favor. “Insatiable” has few, although Roberts’ portrayal is something of a highlight. The problem is that his character is written to be a somewhat sympathetic misunderstood mentor (who also struggled with fatness as a kid), but his effeminate traits are presented as an unspoken source of humor, a beta male who steps into an assortment of queer double-entendres from his first morning yawn.

Alyssa Milano camps it up heroically as Bob’s envious wife Coralee who finds herself drawn to Bob’s more successful rival Bob Barnard (Christopher Gorham, also better than this hot mess) who also happens to be an attorney as well as a  father to a pageant queen. But all of these actors are doing they best they can with a deadly, damaging premise and shallowly written scripts.

At the time Branum spoke to Salon he hadn’t seen “Insatiable.” Mr. Branum, allow me to assure you that there is no need to waste your precious time; I have done so and can tell you that it verifies your suppositions about it. “The whole notion that, like, this magnificent dream that the fat person can ‘un-fat’ themselves and then they get to be a human being, I think, is damaging to people who are just trying to have lives along. . . with having the body that they do.”

That simple desires to have a life well-lived applies to every body with any body type. “Insatiable” only highlights the many ways so many of us are denied that view. We all deserve better nourishment. But if this is all that’s on offer, no thanks. Better to stay hungry than settle for junk.

The stand-up comedian talks about how Hollywood fat shaming can make people "feel bad for existing."