As enforcement against corporate criminals plummets, "law and order" is an excuse for targeting immigrants 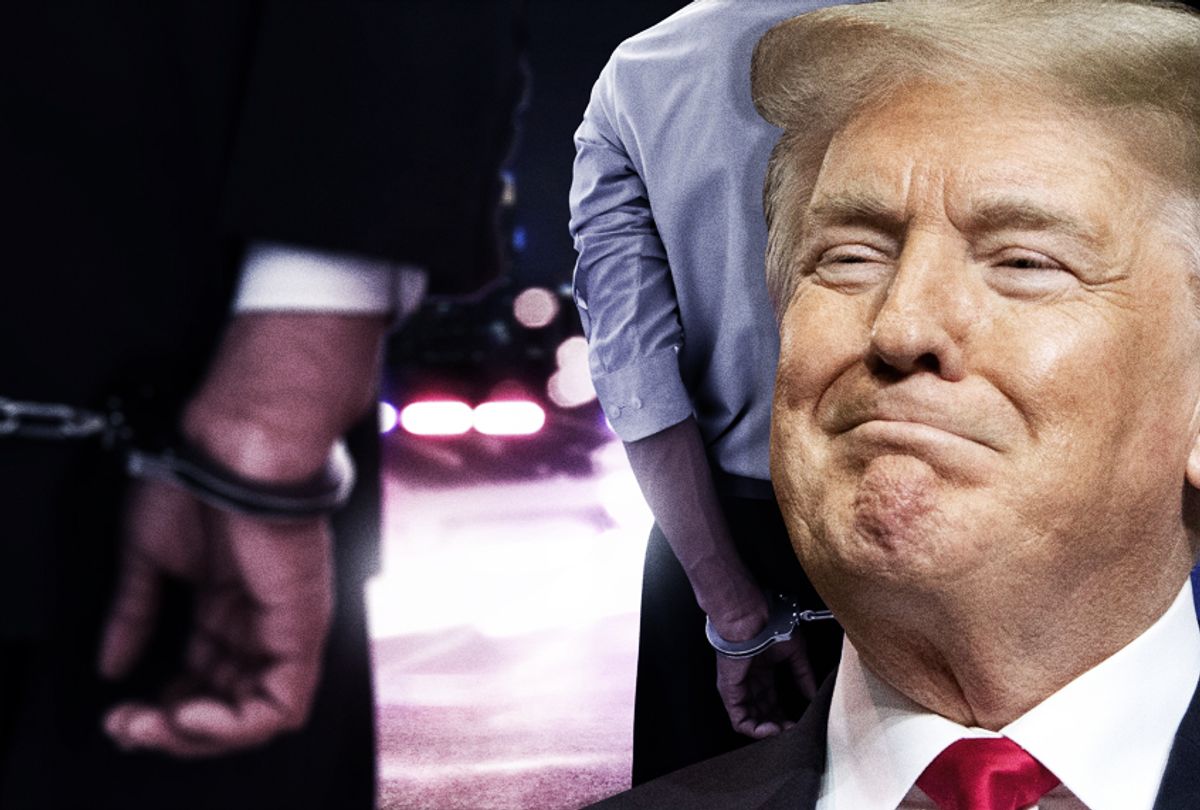 The horrors of the Trump administration’s “zero-tolerance” enforcement policies against immigrants have been widely reported but certainly bear repeating. There is the eponymous “zero-tolerance” Department of Justice policy that instructs U.S. attorneys to prosecute first-time border crossers. The workplace raids by Immigration and Customs Enforcement that terrorize entire communities. The thousands of children who were separated from their parents as a result of the accelerated enforcement, hundreds of whom remain separated in spite of a court order requiring the administration to reunite families by July 26. It's a grotesque parody of a legal system these children endure, with toddlers as young as three forced to attend deportation proceedings alone.

Among the reasons the Trump administration gives for these brutal policies is that they are necessary for “restoring law and order” and “making America safe again.” But the law and order the president seeks to restore does not seem to apply to violations committed by the corporate class, and the threats that America must be made “safe” from apparently do not include pollution, rip-offs and recklessness unleashed by deregulated corporate greed. Enforcement against corporate criminals and regulatory violations, a new Public Citizen report finds, has dramatically plummeted since Trump took office.

Public Citizen found that in 11 out of 12 agencies led by a Trump administration official for most of 2017, the dollar amount of penalties imposed on corporate violators dropped, in most cases by more than 50 percent.

At the DOJ, corporate penalties dropped 90 percent; at the Environmental Protection Agency (EPA), penalty amounts against all violators dropped by 94 percent.

How can we make sense of this law enforcement disparity? Consider the two categories of people Trump surrounds himself with.

One category is the far-right ideologues, white nationalists and ultraconservative militants. It’s the Breitbart and Alex Jones wing of the Republican party. It includes anti-immigration ideologues like Stephen Miller and his former boss, Attorney General Jeff Sessions, and recklessly hawkish figures like John Bolton. It includes infamous but erstwhile advisers like Steve Bannon and Sebastian Gorka.

These are the self-identified “deplorables,” and they seem to take delight in the way they alarm Democrats and moderate conservatives alike.

We have them to thank for this xenophobic and prejudiced “zero-tolerance” immigration policy.

The second category is the corporate class, which consists of billionaires and CEOs. During Trump’s first year in office alone, he had triple the number of CEO meetings as Obama had over the course of seven years. Trump, a corporate executive himself, and the executives and former executives in his immediate circle include Treasury Secretary Steven Mnuchin, Commerce Secretary Wilbur Ross, former adviser Carl Icahn, and intimate allies such as Las Vegas Sands’ Sheldon Adelson, Dow Chemical’s Andrew Liveris and Blackstone’s Stephen Schwarzman.

Compared to the deplorables, they are sometimes portrayed as a positive influence on Trump. Some executives aligned with this camp, such as JPMorgan Chase CEO Jamie Dimon, have criticized Trump’s zero-tolerance approach to immigration.

We also have them to thank for the tax scam legislation that, while dribbling nary a trickle-down to working Americans, has spawned “eye-popping” multimillion-dollar payouts for the C-suite set.

These influences seem to have forged a demented law enforcement doctrine of treating immigrants like “animals” that “infest our country” — and corporations like people.

The result feels at once deeply offensive and disturbingly inevitable.

During Trump’s first year in office, Immigration and Customs Enforcement (ICE), the federal agency primarily responsible for arresting and deporting undocumented immigrants, increased arrests 30 percent, up to 143,470 in 2017 from 110,104 in 2016.

Sessions even has revised the language that DOJ attorneys are instructed to use, who are to maximize their dehumanization by calling them “illegal aliens,” not undocumented immigrants.

Trump later backpedaled on his “animals” epithet by claiming, in the face of accusations of racism, that he was referring only to violent MS-13 gang members. But look at who the administration is “taking out of the country at a level and at a rate that’s never happened before:” undocumented immigrants who have no criminal record. These immigrants are being arrested at an increased rate, averaging 4,143 arrests per month compared to Obama’s average of 1,703 per month. Not violent criminals. Not gang members. Not “bad hombres.”

Now compare this to how the Trump-Sessions DOJ treats corporate offenders.

Right-wing judge and rejected Supreme Court nominee Robert Bork even wrote an op-ed in The Washington Examiner praising the Trump DOJ’s leniency toward corporate bad actors, saying, “With the advent of a new administration, DOJ has embraced a spirit in which compliance is becoming more of a cooperative venture with the private sector, reserving hard-nosed prosecutions for actual wrongdoers. This new spirit can be seen in many actions.”

Meanwhile, under Trump, agencies that are supposed to protect the public from corporate recklessness and wrongdoing, from the EPA to the U.S. Consumer Financial Protection Bureau (CFPB), are following the DOJ’s lead, going out of their way to protect corporate offenders.

The longer these policies are in place, the fewer corporate criminals will be held accountable. But we don’t have to wait to see their effects. Public Citizen’s research finds that of the 20 largest civil enforcement cases completed over the past three years, only one was completed under Trump. Meanwhile, another Syracuse University study finds that the DOJ is prosecuting fewer white-collar criminals than it has in 20 years.

Rosenstein goes out of his way to reassure audiences of corporate lawyers that corporate offenders that “cooperate” have little to fear from federal prosecutors. A close reading of the language he uses to describe corporate violations is revealing. Consider the following excerpt from the May 9, 2018 speech in which the new policy against “piling on” was announced:

We are aggressively pursuing the crimes that pose imminent danger to the American people. They include terrorism, gang violence, drug trafficking, child exploitation, elder abuse and human smuggling.

Here, even Rosenstein makes the distinction between classes of crime that are differently prioritized – there are those that pose “imminent danger” and there are “other violations.” Despite the threats posed to Americans’ lives and livelihoods by catastrophic corporate violations such as those that triggered the BP oil spill disaster in the Gulf and the Wall Street wrongdoing that sparked the 2008 financial crisis, corporate and white collar crime is squarely in the “other” category.

White-collar crime undermines the rule of law, defrauds victims, and disrupts the marketplace. Our goal is to deter crime, and we can only do that by holding accountable the perpetrators who cheat in an effort to gain a competitive advantage.

No matter what Rosenstein says, the corporations whose crimes poison the air we breathe and the water we drink, that exploit us at work and charge us rip-off prices as consumers, and whose greed and recklessness rigs and ransacks our economy, are not “good corporate citizens.”

But a legal system that refers to them as such is one that treats immigrants like “animals” and corporations like people.

Whether or not they’re willing to admit it, the message from the Trump-Sessions Justice Department is clear: If you look like the president, or if your crimes were committed in the pursuit of profit, they might cut you a deal.

But if you’re an undocumented immigrant, Trump and Sessions have made it clear what you can expect: zero tolerance.

Rick Claypool is a research director Public Citizen’s president’s office. His work focuses on the ways corporate power distorts democracy in the U.S.