"Fox & Friends" admit that Omarosa "seems to have outsmarted the president, who has taken the bait"

In a rare rebuke, morning show host Brian Kilmeade has conceded that President Donald Trump had been "outsmarted" 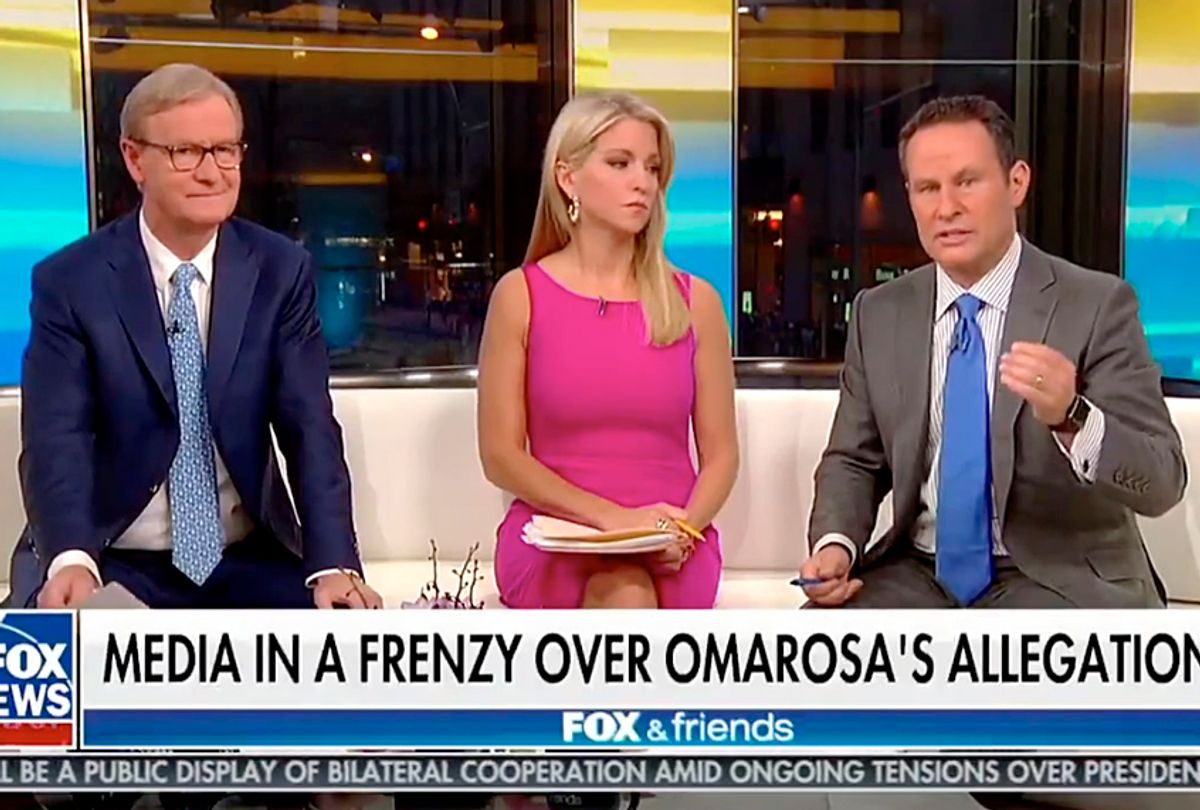 In a rare rebuke, "Fox & Friends" co-host Brian Kilmeade conceded that the former "Apprentice" star turned West Wing staffer had "outsmarted" the president. "She has come out with a series of tapes," he said, "and in many ways, seems to have outsmarted the president, who has taken the bait and gone out and tweeted directly after her."

The conservative commentator compared Trump's response to the way he and his administration had handled journalist Michael Wolff's bombshell exposé, "Fire and Fury: Inside the Trump White House," earlier this year. The Fox News host indicated that, by virtue of drawing attention to Manigault-Newman's allegations, the commander in chief had actually given his former employee free publicity, which boosted sales of her book.

"After the president came out and gave Michael Wolff millions of dollars by going after his book," Kilmeade said. "He seems to be doing the same thing with Omarosa's book."

Kilmeade's comments come amid Manigault-Newman's media blitz promoting her new tell-all memoir about her time inside the White House titled "Unhinged." Trump blasted the former White House aide on Twitter Tuesday morning, calling her a "dog" after after she released an audio recording of his campaign staffers discussing the fallout should an alleged tape surface in which Manigaut-Newman claims Trump can be heard uttering the "N-word."

Tuesday's release was the third recording Managault-Newman shared in the lead up to her book's Tuesday publication. On Sunday, she disclosed a tape of White House chief of staff John Kelly firing her, and on Monday she shared an audio recording of a private conversation she had with Trump last year, in which the commander-in-chief seemed unaware one day later that she had been fired from her senior position in his own administration.

Also on Tuesday, Donald Trump's presidential campaign pursued legal action against former "Apprentice" star in New York, claiming she violated a non-disclosure agreement in a media blitz promoting her new tell-all memoir about her time inside the White House.