From the "alt-right" to Trump's anti-immigrant policy, the "Full Frontal" host says fascism is alive and scary 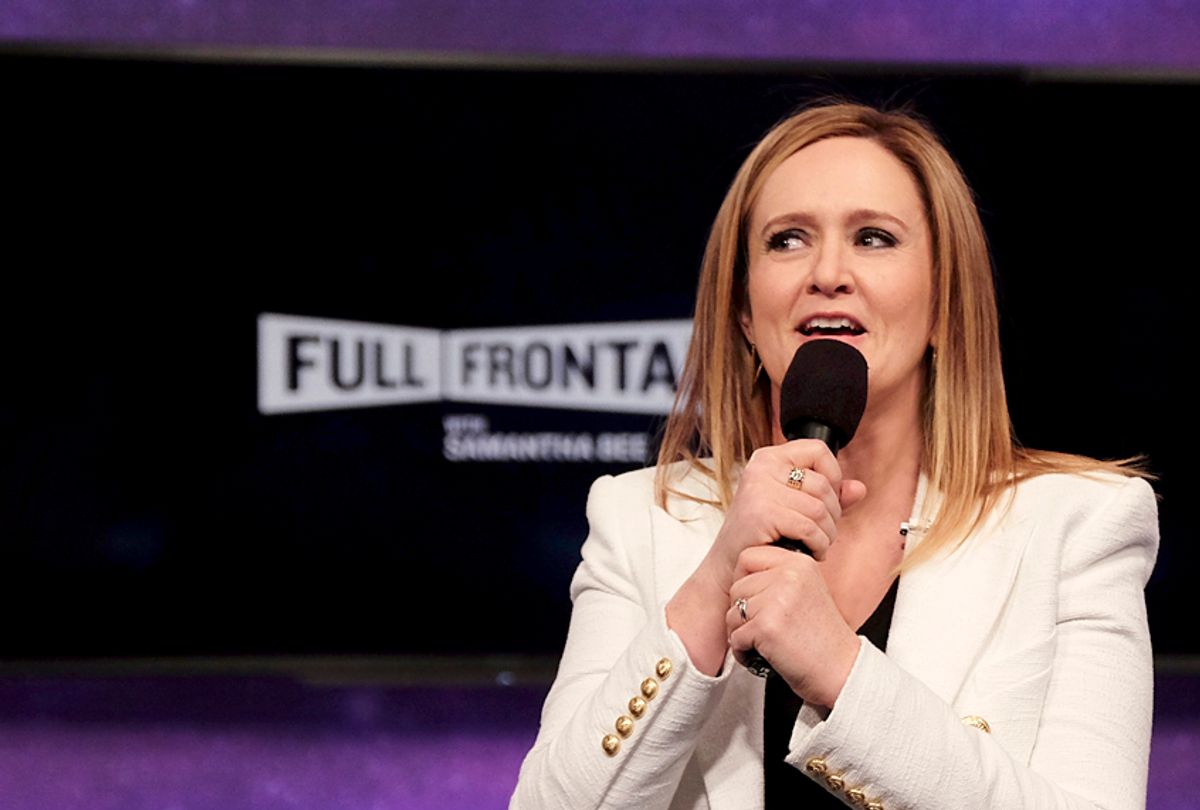 While most of the late-night hosts and the mainstream media have been knee-deep in the Omarosa Manigault Newman tapes, "Full Frontal" host Samantha Bee used her opening monologue to address the issue of growing fascism in America.

"Fascism! Not just a word to scream at your dad anymore. 'Why can't I have a Gap sweatshirt?! Kelsey has one, you fascist!' No, fascism is back for real," Bee said on TBS Wednesday night, "from the rise of the 'alt-right,' to the horror of Trump's anti-immigrant policy, to the savvy new marketing of Adolph Hitler's 'Mein Kampf' as a hit young adult novel." "Full Frontal" displayed a mock cover that looked straight out of an Aryan version of "Twilight."

She continued: "Authoritarianism and racism are creeping into every part of our once-OK institutions, and not just superstar racists like Donald Trump. There are lots of eager young monsters out there, paying their dues, getting ever-closer to a shot at the big time." On that note, Bee presented, "Fascists to Watch."

First up, was "alt-right" politician Corey Stewart. Most recently, Stewart won the GOP Senate primary in Virginia, getting endorsements from President Trump, his friend Jason Kessler, the self-described pro-white activist who organized the deadly "Unite the Right" rally in Charlottesville last year, and other white nationalists and anti-semites, Bee said.

"Normally, I wouldn't even say the name of a super racist nut job like this on TV, except that he fucking won the Republican primary!" the TBS host added, before airing a CNN broadcast report in which Stewart called Republicans weak for apologizing and condemning the neo-Nazis in Charlottesville. "Stewart is scary," Bee continued, "but at least he's unlikely to win. He's currently getting crushed in the polls by his opponent Tim Kaine."

"Still, it's terrifying that Stewart's the GOP nominee for a major office and some far-right candidates have actually been elected to GOP positions already, like baby-faced Washington state bigot James Allsup," the comedian added. Allsup also attended the Unite the Right rally in Charlottesville, "talking racism to millennials," Bee said.

Allsup has already won an uncontested election for a Republican precinct committee position — low level, sure, but he's been busy sharing advice for young people on how to move the Republican Party to the right. Bee shared audio of Allsup calling college students, with several "fashy goy friends," and telling them how they can take over their school's college Republican group and transform it into an "alt-right" club, he said, while maintaining the "political credibility" that being under a Republican umbrella affords you.

"Full Frontal" finished its "Fascists to Watch" with congressional nominee Arthur Jones. Bee aired a clip of Jones speaking last year where he says, "The white majority are fed up of this corrupt and decadent two-party, Jew-party, queer-party system!"

"'Two-party, Jew-party, queer-party' is also the name of Jones' Dr. Seuss-inspired children's book. 'I would not could not with a Jew. I would not could not with gays, too,'" Bee joked. "So remember, even if the president loses re-election in 2020, or is impeached in 2019, or accidentally locks himself in the White House pantry tomorrow, there's still an up and coming crop of absolute nightmares to watch out for."

The "alt-right" did not rise out of nowhere: Author David Neiwert explains radical right's evolution

Trump has kept the "alt-right" alive.