"If Brennan did to Jackson what he did to Trump, he would have lost a lot more than his security clearance" 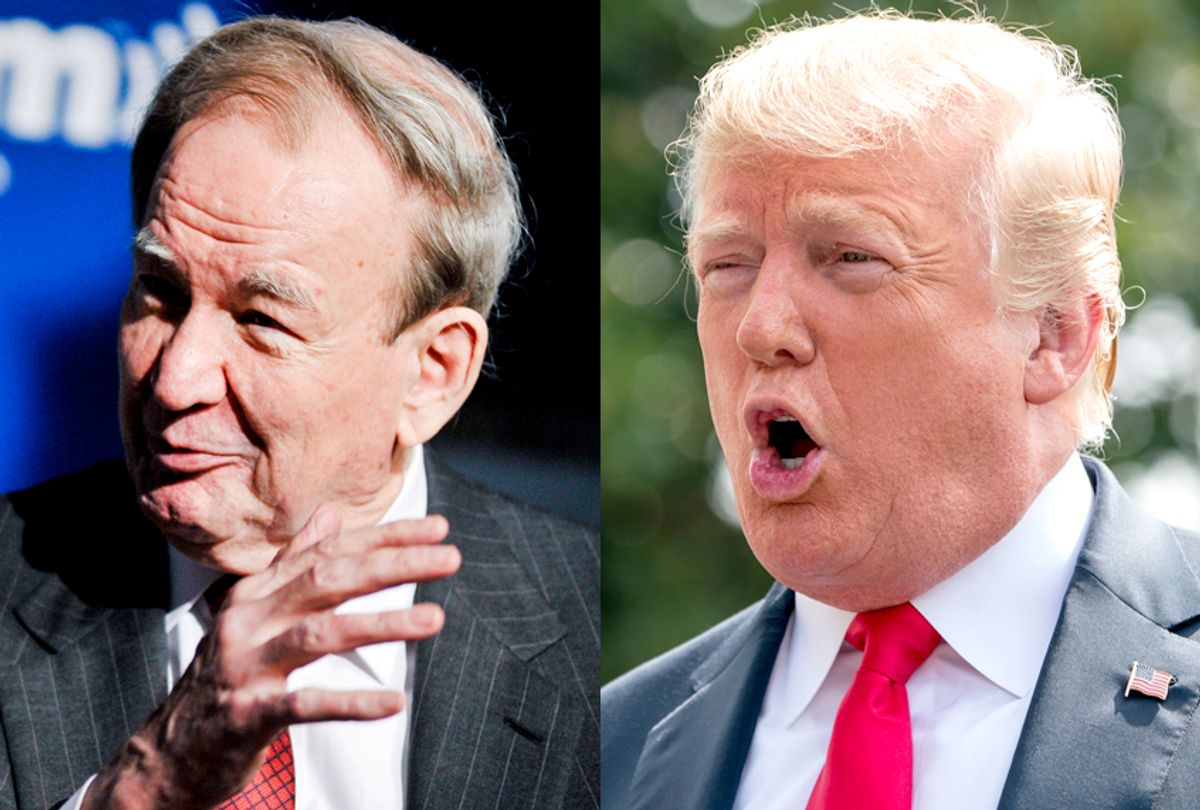 "If ex-CIA Director John Brennan did to Andrew Jackson what he did to Donald Trump, he would have lost a lot more than his security clearance," the conservative commentator wrote Friday on his blog. "He would have been challenged to a duel and shot."

In the post titled, "Can America Ever Come Together Again?", the former Republican presidential adviser asked, "Why should the president not strip from a CIA director who calls him a traitor the honor and privilege of a security clearance? Or is a top-secret clearance an entitlement like Social Security?"

CIA directors retain clearances because they are seen as national assets, individuals whose unique experience, knowledge and judgment may be called upon to assist a president in a national crisis," Buchanan said. "Not so long ago, this was a bipartisan tradition. Who trashed this tradition?

The former Nixon aide, who sought the Republican presidential nomination in 1992 and 1996, also asked if former top intelligence officials are "entitled to retain the high privileges of the offices they held, if they descend into cable-TV hatred and hostility?"

Buchanan's post comes two days after White House press secretary Sarah Huckabee Sanders announced that the White House would revoke former CIA director John Brennan's security clearance, and said Trump would weigh whether to strip clearances from other former intelligence officials. During a press briefing Wednesday, Sanders read a statement from Trump, in which he denounced the Obama-era intelligence official for "lying." The president's statement claimed that Brennan had "leveraged his status as a former high-ranking official with access to highly sensitive information to make a series of unfounded and outrageous allegations — wild outbursts on the internet and television — about this administration."

Trump's decision to strip Brennan's security clearance has come under scrutiny from more than a dozen former top intelligence officials who served under Republican and Democratic administrations — including past CIA directors who served under Presidents Ronald Reagan, George w. Bush and Bill Clinton.

"We feel compelled to respond in the wake of the ill-considered and unprecedented remarks and actions by the White House," the senior officials wrote in a joint letter late Thursday in support for Brennan. "We know John to be an enormously talented, capable and patriotic individual who devoted his entire adult life to the service of this nation."

Despite the rare condemnation from the former top intelligence officials, who often pride themselves for remaining dispassionate and apolitical, Buchanan seems to agree with Trump.

In his post, Buchanan seems to refer to Brennan's consistent criticism of Trump, who most recently blasted the president on Twitter for publicly lashing out at former White House staffer Omarosa Manigault Newman, when he asked "Are ex-security officials entitled to retain the high privileges of the offices they held, if they descend into cable-TV hatred and hostility?"

Buchanan added: "We are an irreconcilable us-against-them nation today, and given the rancor across the ideological, social and cultural chasm that divides us, it is hard to see how, even post-Trump, we can ever come together again."