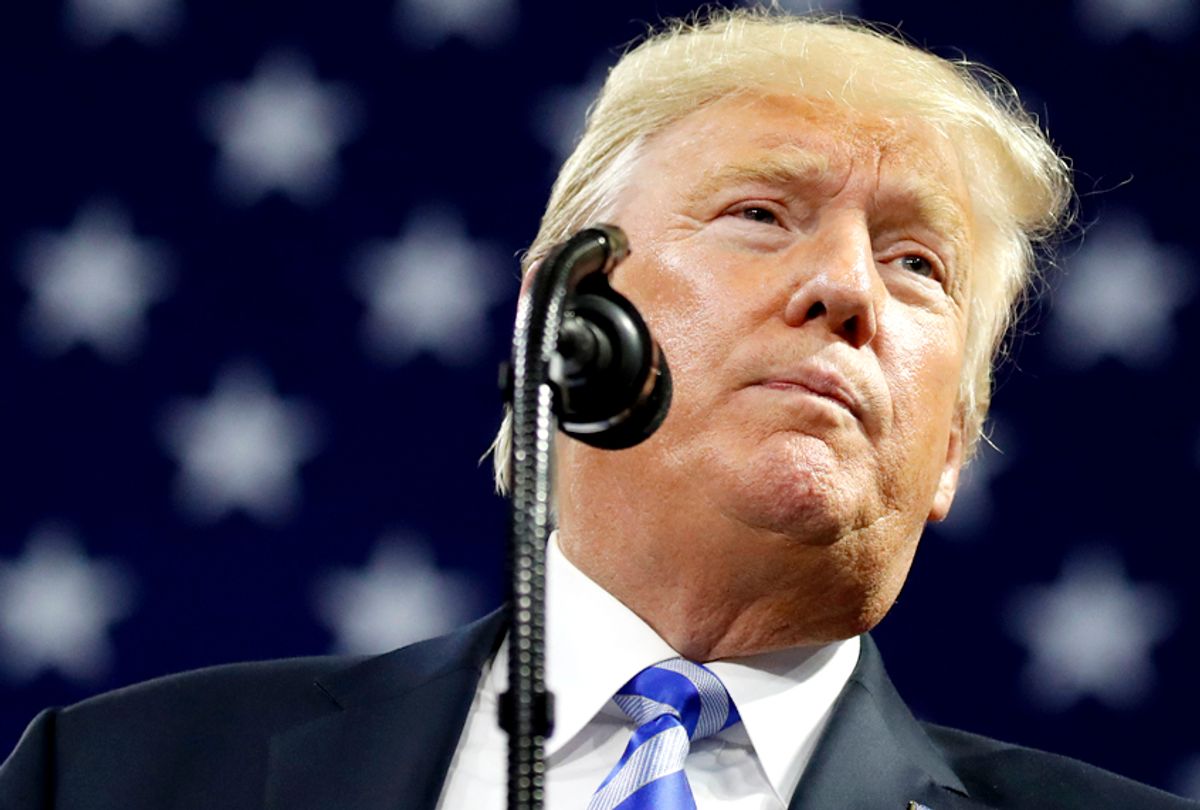 President Donald Trump, who has complained about America's trade deals since as far back as the 1980s, is very close to actually renegotiating one of the United States' most important trade relationships.

The new deal was confirmed by the White House on Monday when Trump announced it from the Oval Office while Mexican President Enrique Peña Nieto listened through a conference call, according to CNN. Although it is unclear whether NAFTA will agree to the new trade agreement, Trump has hailed his deal with Mexico as effectively repealing NAFTA, a multilateral trade deal that included the United States, Mexico and Canada.

One key new provision of the new rule involves the sale of auto parts, as CNN explained in its report:

Under the current law, about 62% of the parts in any car sold in North America must be produced in the region or automakers have to pay import taxes. The new preliminary agreement would require that 75% of auto parts be made in the United States and Mexico, according to the US Trade Representative's office.

"One can quarrel with the manner in which renegotiation has been prompted, but preserving the status quo was clearly not the right answer," Steve Nelson, a partner at the international law firm Dorsey & Whitney and a former state department lawyer, said in a statement. "Trade agreements can produce tremendous benefits, but they need periodic adjustment to ameliorate unintended consequences, which are inevitable when rules are rewritten. The best negotiators and economists will rarely be able to anticipate accurately the ways in which the markets will develop under a new trading regime. Like the weather, economic forces are too complex to predict with any degree of confidence. So the apparently-successful renegotiation with Mexico is a healthy sign that the governments are willing to make needed adjustments rather than losing the benefits of a deal that wasn’t as bad as some have suggested. A victory for rationality over rhetoric."

The announcement of the US-Mexico agreement did not go off without a hitch. As Trump tried to pull Nieto into the conversation over the phone, there seemed to be connection issues. After a moment of silence when Trump thought he and the Mexican president were on the same line, the president asked, "You can hook them up. Tell me when. A lot of people waiting. Hello? You want to put that on this phone, please? Hello?"