For consent education to be effective, experts say, it has to start when kids are young and needs to be consistent 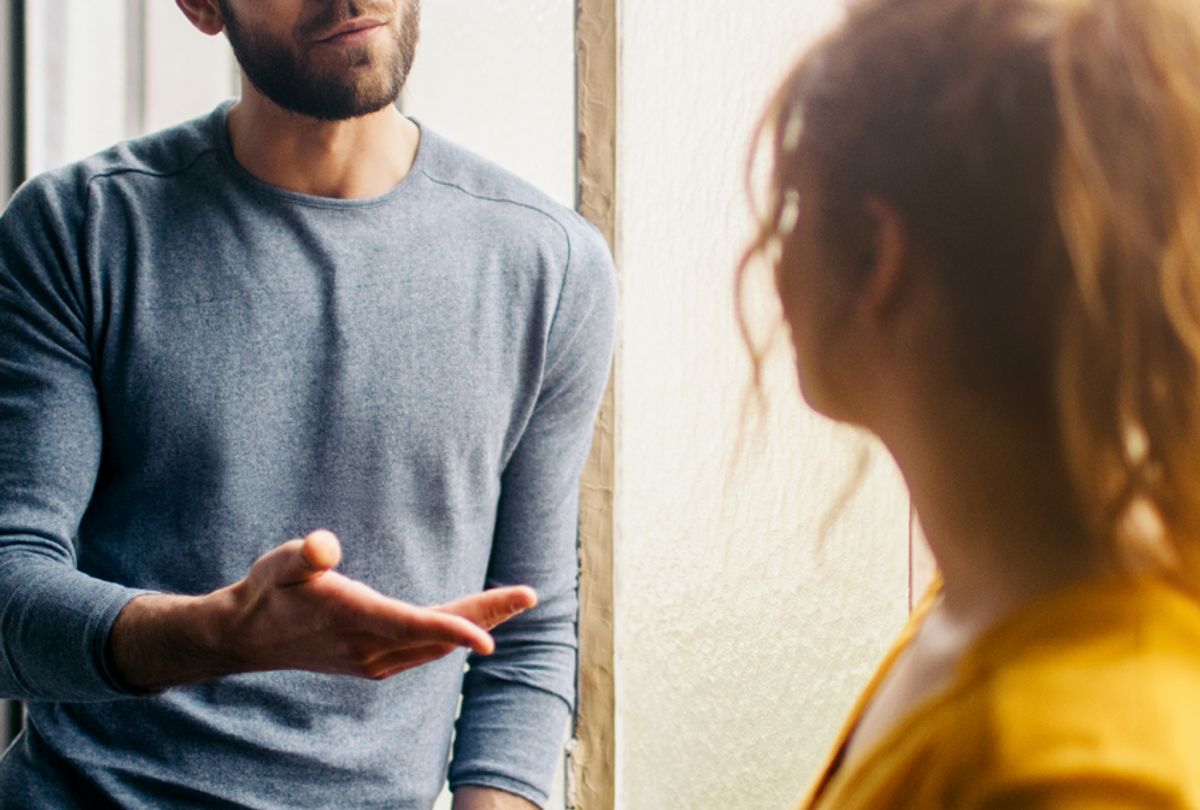 While it's never far from the headlines in the #MeToo era, the ongoing issue of sexual consent is back in the news again. The biggest story, of course, is that of the murder of Iowa college student Mollie Tibbetts, whose accused murderer, a man who many women say behaved like a creep towards them, told a story of Cristhian Rivera following Tibbetts and apparently flipping out when she declined his attentions. There was a similar, though less deadly, incident in Norman, Oklahoma, this month when a 14-year-old boy repeatedly stabbed a 16-year-old girl because she told him she only liked him as a friend.

Male entitlement, which often leads to violence, is clearly a problem. But what to do about it? Feminist writer Moira Donegan recently expressed skepticism that "consent education" can be a big part of the answer, tweeting that "masculinity and male heterosexuality have been constructed in such a way that for a lot of abusers, the lack of consent isn't an oversight, but part of the abuse's appeal" and adding, "they know she’s not into it, and they think that’s really hot."

Donegan is right, of course. What is clear in the three stories above is that the men or boys involved were clear on the fact that their attentions were unwanted. That's what makes violent men flip out the way they do.

But no one understands this fact better than those who are promoting consent education. Instead, such activists argue, this ingrained culture of male entitlement shows that consent education needs to be more holistic and aimed at reimagining what men and masculinity can be — in ways that benefit both men and women.

You can’t teach genuine consent education "in a 45-minute lecture on college campuses," said Jaclyn Friedman, the author of "Unscrewed: Women, Sex, Power and How to Stop Letting the System Screw Us All." Instead, she recommended going above the common conception of consent education and instead views the subject as "emotional literacy."

“We should be teaching it the same way we teach fire safety, which is repeatedly, in age-appropriate ways, and often, like at every grade level," she argued.

In Oklahoma, a group of activists are trying to do just that. Calling themselves Yes All Daughters, the group has been active for years in the state, fighting to get better consent education into the schools, starting at a young age. They call their bill "Lauren's Law," after another girl from Norman who spoke out about being sexually assaulted. Their hope is that passing this law will get education about healthy relationships and consent into the Oklahoma school curriculum.

“This isn’t just about dating and romantic relationships," Stacey Wright, an organizer for the group, told Salon. "These are skills, like conflict resolution, that we use our entire lives. It just seems ridiculous to me that we aren’t investing in this from a very early age."

“This type of work has to be built on over time," she added. "It isn’t just something that you can just do a one-hour seminar on."

For Wright, this is about a lot more than just telling boys how to hear and understand when a girl is saying no. After all, the boy who stabbed a girl in Norman — where Yes All Daughters originated — was not confused about this. He knew full well that "I just want to be friends" means no.

The issue, Wright said, is "this real sense of entitlement from men to women’s time, attention, affection." That, she said, is tied to the larger way we socialize boys "to not show emotion, to not talk about their feelings" and to see women as objects instead of people to be "respected as individuals."

A more holistic model of consent education is meant to address children when they're young and offer affirming, alternative narratives to a culture that teaches men that in order to be men, they must be closed off, repress emotions other than lust and anger, and express themselves primarily through aggression and entitlement. This wouldn't just benefit girls, but boys themselves, educators argue.

“If you scratch the surface with a lot of men and boys, they’ll tell you it’s exhausting and scary for them, too because the punishments for not being adequately masculine are real for men and boys," Friedman said, pointing to the way a lot of boys are hazed and bullied from a young age for not adhering to toxic stereotypes of masculinity. Unfortunately, far too many adults in their lives reinforce those narratives, policing boys who have any self-expression outside the overly narrow ones that are deemed masculine.

For younger children, Wright said, sex isn't even part of the program. It's more focused on social skills that kids need not just in the future of adolescence or adulthood, but in the here and now when they're negotiating playtime with their peers.

When kids get older and sex education is more explicitly tied into this curriculum, Friedman said, this can be done in a way that's not dry and alienating to adolescents.

“The first thing you need to do is make sure you’re not being the fun police," she said. "One of the things I like to stress is that actually, if you’re better at communicating with and listening to your sexual partners, you’re going to be better at sex."

Obviously, consent education isn't the end-all, be-all solution for sexual assault. There are still powerful social forces that instruct boys, from an early age, to adopt domineering personas to prove their manhood. Classroom instruction alone isn't an antidote to that. But as part of a larger social and political program to fight back against toxic masculinity, consent education, especially if it starts young, can make an important contribution. Stopping male violence against women is the top priority, of course. But if done right, this educational innovation could help improve a lot of people's lives and relationships.