"Resistance" in the White House? Please, let's not fall for that line

If Anonymous Times Contributor had any guts, he or she would quit and tell the truth about Trump in public 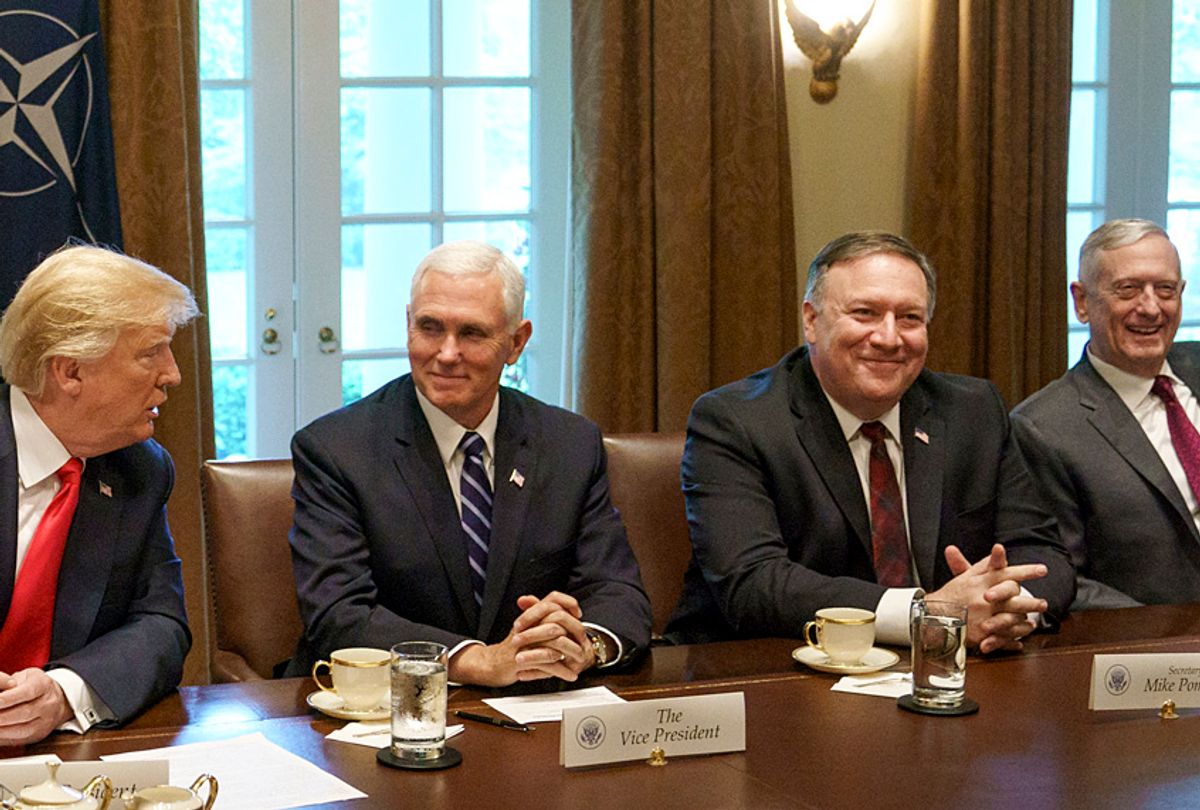 The spectacle of draft-dodger in chief Donny Bone Spurs playing at being commander in chief is making some people whom “liberals” love to hate look good. Maybe a little too good.

Neoliberal Democrats who stage “Resistance” galas in Manhattan’s palatial Beaux Arts Stephen A. Schwarzman Building are much too excited about the anonymous New York Times op-ed that announces a “'Resistance' Inside the Trump Administration” but tells us nothing we don’t already know about “adults in the room” supposedly tempering or deflecting President Trump’s gyrations.

Not a syllable in the column suggests that the author and his confederates would be anything but delighted to implement Vice President Mike Pence’s (or Brett Kavanaugh’s) paleo-conservative, evangelical-pandering agenda from the White House.

Even David Frum, George W. Bush’s former “Axis of Evil” speechwriter and a very smart if somewhat doctrinaire “free markets-über alles” conservative, has been looking good by warning grandiloquently about Trump’s authoritarianism. Now, Frum is mocking the anonymous op-ed author for saying, in Frum's words, “See, we only look complicit. We’re actually the real heroes of the story,” even as they keep working for this monster.

He has a point. Couldn’t Anonymous and the other high-level Trump-minders he supposedly speaks for save the republic by resigning openly, en masse, and giving Robert Mueller the information that might truly slay the dragon and discredit Pence’s toadying?

Isn’t that what honorable conservatives should do at this moment of extreme crisis for the republic? Although I disdain their refusal to grasp the conservative prophet Whittaker Chambers’ observation that no honorable conservatism can be built on today’s corporate capitalism, which destroys civic culture, I’d honor them anyway if they put their careers at risk, as John Dean, Elliot Richardson and other high-level Nixon officials did during the Watergate crisis to save the republic , as John McCain was doing until his recent death, as soon-to-be former White House counsel Don McGahn may be doing, and as Mueller himself, a lifelong Republican, is doing. If the op-ed writer’s and Frum’s histrionics are something more than self-justifying, ideologically opportunistic feints, let them be the heroes the country really needs.

Otherwise, as Nancy LeTourneau puts it brilliantly in the Washington Monthly, the charade of unelected officials “enabling this lunatic’s grip on power while writing anonymous op-eds telling the American people that they’ve got this thing under control is the very definition of a constitutional crisis.”