Brock Long is accused of misusing government vehicles, a claim occurring at the worst possible time for FEMA 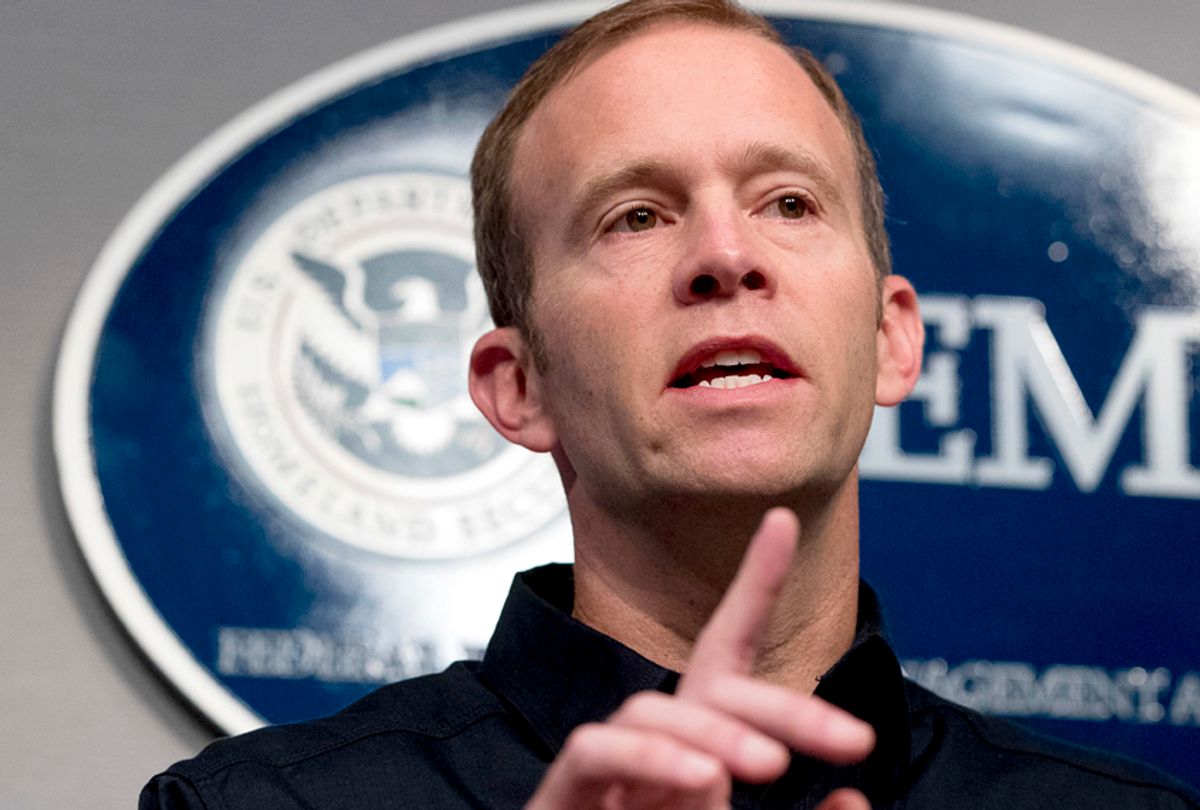 Yet another member of President Donald Trump's administration is facing a scandal over alleged misuse of taxpayer money — and this time, it's an official whose policies are about to put him front-and-center in the news cycle.

Brock Long, the administrator of the Federal Emergency Management Agency (FEMA), is being investigated by the Department of Homeland Security over whether he improperly used government vehicles while commuting from North Carolina to Washington, DC, according to Politico. The inspector general is looking into whether Long had misused both government vehicles and government personnel by taking long trips to his home in Hickory, North Carolina during the weekend, a matter that was brought to the attention of the inspector general's office after a government-owned black Suburban was involved in an accident.

Long would also have lengthy stretches when he was absent from the office so that he could perform the six-hour drives between his home and America's capital.

These matters had come to the attention of Department of Homeland Security Secretary Kirstjen Nielsen, who has broached the issue with Long and even confronted him about it during a meeting last month. According to one official, Nielsen asked Long to resign but he refused.

Long is far from the first Trump administration official to get in hot water over his use of taxpayer money. Former Secretary of Health and Human Services Tom Price was eventually compelled to resign after it was revealed that he had spent more than $1 million in taxpayer funds for private flights; former Environmental Protection Agency head Scott Pruitt had to resign after a number of financial scandals; Secretary of Housing and Urban Development Ben Carson, though still in office, has been heavily criticized for spending thousands in taxpayer money for lavish office furnishings; and Secretary of the Treasury Steven Mnuchin, though likewise still in office, has been criticized for allegedly misusing government aircraft for personal reasons.

While Long's alleged misuse of taxpayer money would be a black eye for the Trump administration regardless of its timing, the matter is made worse by the fact that Long is about to become a very important figure in America. As Hurricane Florence approaches the east coast, FEMA is going to be under heavy scrutiny to minimize damage and to protect as many human lives as possible. The Trump administration is already under fire for its mishandling of the response to Hurricane Maria in Puerto Rico, a policy blunder that some of the president's critics have attributed to racism.

Historian and professor Jose Moya is an expert on the U.S's relationship with Puerto Rico