Well-funded group behind this campaign, the Israel on Campus Coalition, has links to the Israeli government 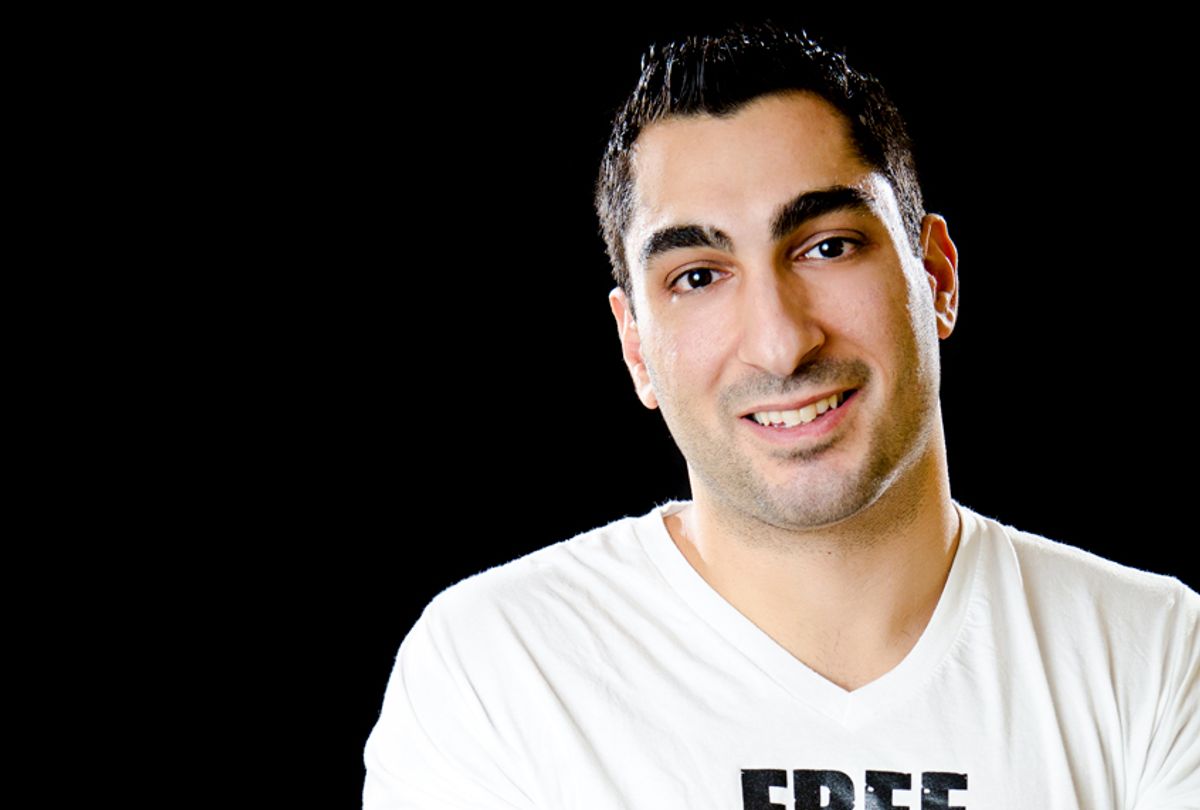 In 2016, as Palestinian-American poet Remi Kanazi performed at college campuses around the United States, his appearances seemed to spark student protests.

Before his visit to John Jay College of Criminal Justice in New York, a page called “John Jay Students Against Hate” appeared on Facebook with Kanazi’s face next to a uniformed cop, painting Kanazi as anti-police. When Kanazi crossed the country a few days later to visit San Jose State, a nearly-identical Facebook page popped up, this one called “SJSU Students Against Hate,” with Kanazi’s face superimposed over an image of military graves. Paid Facebook campaigns promoted both pages.

Despite their names, the Facebook campaigns were run by professional Washington political operatives who work for a group called the Israel on Campus Coalition, according to promotional materials obtained by ProPublica and the Forward.

In the materials, which the Israel on Campus Coalition distributed to its donors, the group describes each of the Facebook pages as an “anonymous digital campaign.” The group says it paid to promote the campaign, which reached tens of thousands of people.

The social media campaigns provide another example of how well-funded advocacy organizations are using deceptive strategies to promote their cause online. The Israel on Campus Coalition launched these campaigns during the 2016 election season, at the same time that entities linked to the Russian government bought misleading Facebook ads on a range of political issues.

The Israel on Campus Coalition didn’t respond to requests for comment. The group had a budget of $9 million in its fiscal year ending in June 2017, according to federal tax filings. Its funders include the foundations of billionaire Republican donor Paul Singer and philanthropist Lynn Schusterman.

Asked about the Israel on Campus Coalition pages, a Facebook spokesman said they “violate our policies against misrepresentation and they have been removed.”

In response to criticism of Russia-linked ads, Facebook recently created new rules requiring disclosure of who is paying for political ads on the site. How the company defines what is political remains murky.

Anonymous digital campaigns appear to be a central part of the Israel on Campus Coalition’s efforts to combat pro-Palestinian activism on U.S. campuses. This past spring, the ICC appears to have set up at least one anonymous website to oppose a George Washington University student government resolution that called on the school to divest its endowment from certain companies that students said were profiting from Israeli violations of Palestinian rights, the Forward reported.

“With the anti-Israel people, what’s most effective, what we found at least in the last year, is you do the opposition research, put up some anonymous website and then put up targeted Facebook ads,” said the Israel on Campus Coalition’s executive director, Jacob Baime, in the Al Jazeera documentary, which was filmed in 2016. The film was viewed by ProPublica and the Forward.

Baime also said in the documentary that his organization’s work is based on a doctrine used to fight al-Qaida and the Taliban. “It’s modeled on Gen. Stanley McChrystal’s counterinsurgency strategy,” Baime said. “We’ve copied a lot from that strategy that has been working really well for us, actually.”

McChrystal, who led the U.S. military’s special forces and the NATO war effort in Afghanistan in 2009 and 2010, emphasized so-called “offensive information operations” to embarrass and discredit violent insurgents.

The Al Jazeera documentary, in which a journalist went undercover as an intern for a pro-Israel advocacy group in Washington, has been the subject of months of international intrigue and has never been aired by the network. Decrying the undercover tactics, pro-Israel groups and members of Congress have pushed back against the documentary series and Qatar, which funds Al Jazeera. The network, which has faced public criticism from its own journalists for not airing the documentary, said in April it did not buckle under pressure from a pro-Israel group in deciding not to broadcast the program. A spokesman didn’t respond to requests for comment.

Footage in the documentary also shows Israel on Campus Coalition officials describing their working relationship with the Israeli government.

Baime says in the documentary that Israel on Campus Coalition officials “coordinate” or “communicate” with Israel’s Ministry of Strategic Affairs, an Israeli government department that has become the hub of the Israeli government’s overt and covert efforts against the boycott, divestment and sanctions (BDS) movement in the U.S. and around the world. A spokesman for the agency didn’t respond to requests for comment.

In the same hidden camera footage, Ian Hersh, the Israel on Campus Coalition’s director of operations, said that the Ministry of Strategic Affairs participates in the group’s “Operations and Intelligence Brief,” a regular strategy meeting.

In recent days, some aspects of the Al Jazeera documentary as well as a short clip have been posted on the website Electronic Intifada, a pro-Palestinian news site whose executive director, Ali Abunimah, appears as an interviewee in the film.

Baime and Hersh didn’t respond to requests for comment about the footage of them in the documentary.

The Israel on Campus Coalition’s online efforts against Kanazi, the Palestinian-American poet, began in November 2016 while he was touring college campuses to promote his book, “Before the Next Bomb Drops: Rising Up From Brooklyn to Palestine.”

According to the Israel on Campus Coalition’s donor materials, the group identified and worked with a non-Jewish military veteran and San Jose State University student to write a blog post critical of Kanazi. The precise nature of the group’s work with the student is unclear from the donor materials, and the student did not respond to requests for comment.

The Israel on Campus Coalition then created and paid to promote the “SJSU Students Against Hate” page, which linked to the blog post.

“Kanazi preaches hate on the campuses he visits,” the student wrote in the post, which appeared on the website Medium and has since been deleted.

Kanazi said that he does not recall being aware of the anonymous Facebook pages at the time. “These insidious tactics are part of a larger campaign to smear students, professors, and anyone who dares speak up for Palestinian human rights at universities,” he said in an email.