"They summed up the entire election: If Texas elects a Democrat, they're going to ban barbecue across the state" 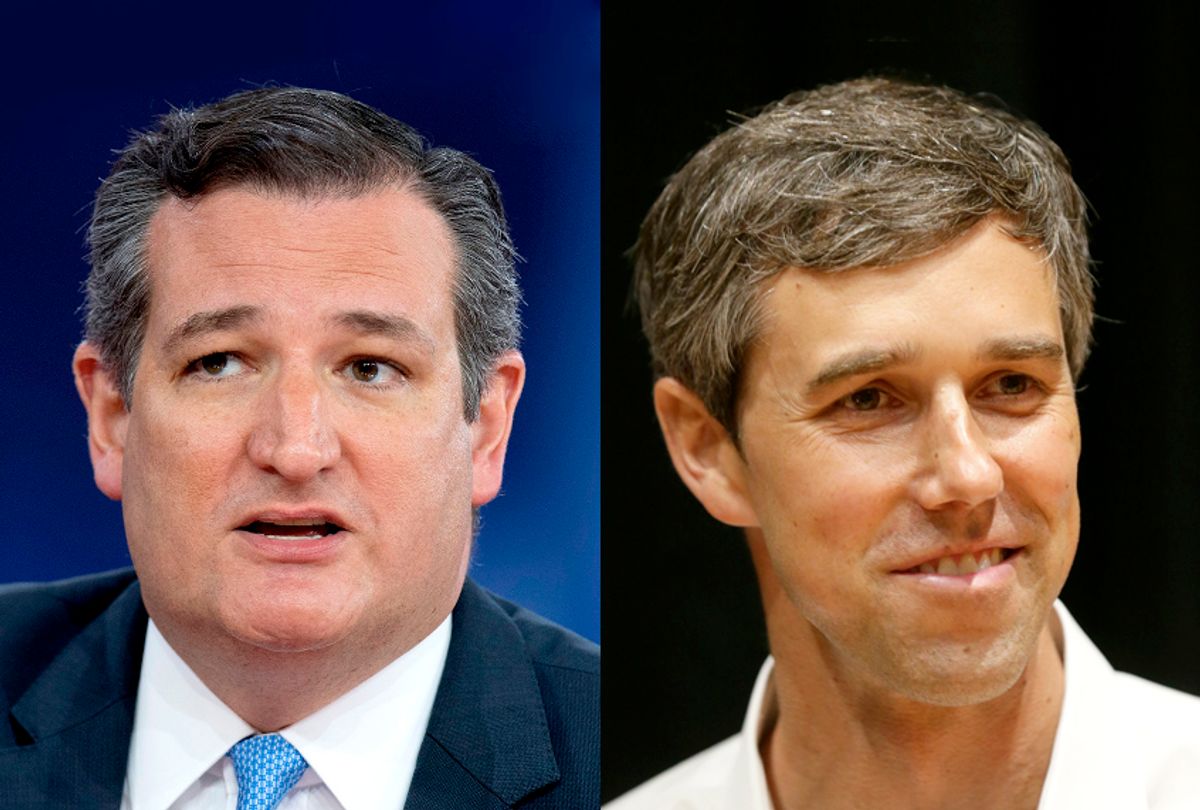 What would be one effect of Texas turning blue? Incumbent Republican Sen. Ted Cruz suggested a ban on barbecue could be instituted if the Lone Star State votes his Democratic challenger, Rep. Beto O'Rourke, into office.

"When I got here someone told me that even PETA was protesting and giving out barbecued tofu," the Republican incumbent said Saturday at a campaign event. "So I got to say, they summed up the entire election: If Texas elects a Democrat, they're going to ban barbecue across the state of Texas."

"You want to talk about an issue to mobilize the people, and I'm talking everybody," Cruz continued. "So I want to thank PETA. And I do want to tell PETA: You're going to have to disclose to the FEC that, by coming and protesting and giving away tofu, that you have given an in-kind contribution to my campaign by demonstrating just how bad things can get."

According to My Statesman, a daily Texas newspaper, the PETA protest "consisted of four volunteers holding signs. Their demeanor was all smiles, and their message was that 'Republicans eat tofu, too.'"

Cruz returned to the subject Sunday, tweeting, "PETA protested our town hall yesterday, handing out barbecued tofu. We were glad to welcome them, but it illustrates the stakes of the election: if Beto wins, BBQ will be illegal!"

A week earlier, Cruz had warned supporters that Democrats are raising "millions of dollars" to transform Texas into California with its "tofu and silicon and dyed hair."

For their part, PETA officials are glad Cruz was drawing attention to tofu. "Tofu is the most versatile food on the planet, and it’s grown right in the Lone Star State," PETA Executive Vice President Tracy Reiman said in a statement. "PETA is confident that, once Ted Cruz tastes how delicious tofu can be, he'll want to see it in every Texas pot."

Cruz is facing a fierce challenge from O'Rourke, who has repeatedly polled within single digits of Cruz. The Republican incumbent's vulnerability appears to be the result of both the strength of his political rival and the proverbial "blue wave" that ensued after Trump's election.

A polled released Tuesday suggests Cruz could be on track to keep his seat in Congress, as it showed him leading O'Rourke by nine percentage points — 54 to 45 percent among registered voters. Midterm cycles are largely considered referendums on the current White House occupant, and likely voters are split 49-49 on the President Donald Trump's job approval.

With Election Day less than 50 days away — 49 days, to be exact, as of this writing — the majority of voters in Texas say their minds are already made up. While Cruz is the current favorite in his race for re-election, the race remains tight.