Alaska's governor and lieutenant governor both voiced their opposition to Kavanaugh, mounting pressure on Murkowski 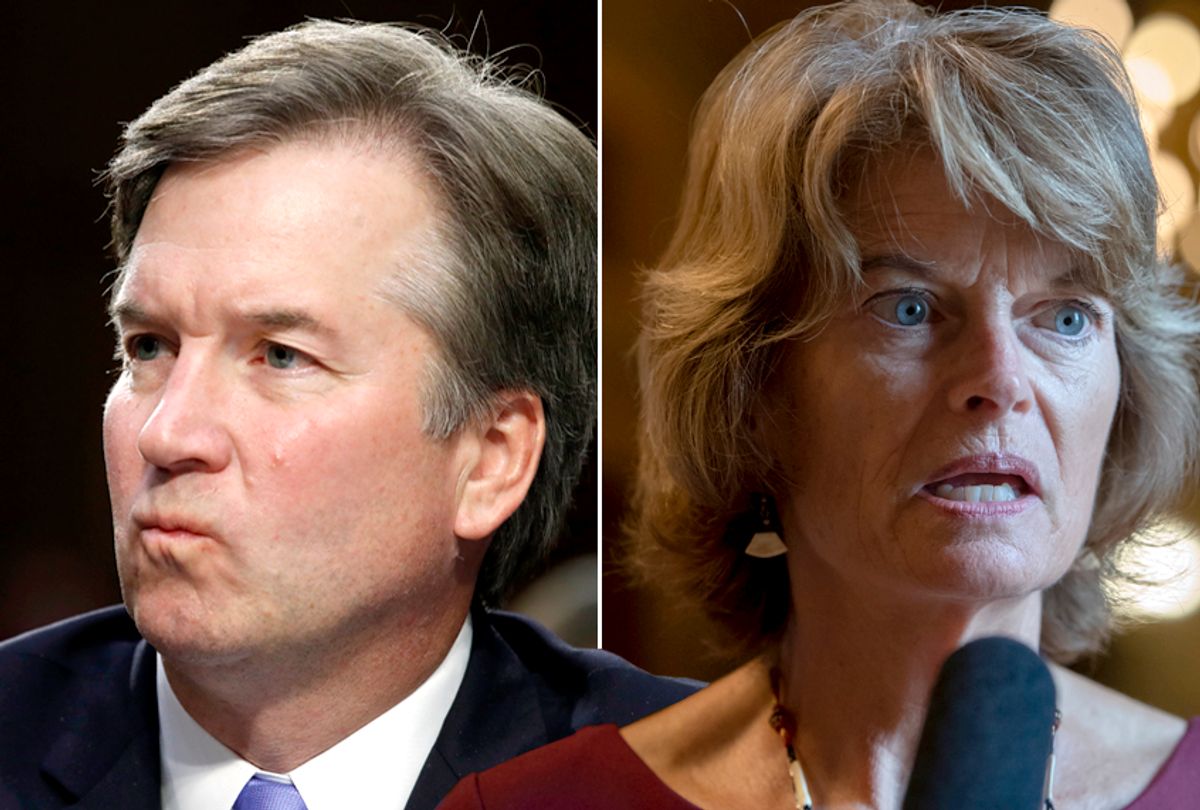 Alaska Gov. Bill Walker (I) and Lt. Gov. Byron Mallott (D) both voiced their opposition to President Donald Trump's Supreme Court nominee Judge Brett M. Kavanaugh. Their joint statement ups the pressure on Republican Senator Lisa Murkowsi, who has not yet revealed how she plans to vote on Kavanaugh, to oppose his lifetime appointment.

In their statement, the Alaska state officials vocalized their concern about Kavanaugh potentially voting to ax the Affordable Care Act's Medicaid expansion plan and its protections for patients who have pre-existing medical conditions. In September 2017, Murkowski was instrumental in blocking a Republican-led effort to repeal the health care law in the Senate.

Walker and Mallott also pointed to the recent sexual assault allegations against the conservative nominee, stating that "a thorough review of past allegations against Mr. Kavanaugh is needed before a confirmation takes place." "Violence against women in Alaska is an epidemic," they wrote. "We do not condone placing someone into one of our nation's highest positions of power while so many key questions remain unanswered."

Republicans, however, have so far expressed resistance to launching an FBI investigation into the allegations, urging Dr. Christine Blasey Ford, the California professor who has accused Kavanaugh of sexually assaulting her in the 1980s, to testify to the Senate Judiciary Committee about her account.

Murkowski, who is viewed as a crucial swing vote in Kavanaugh's nomination, has already faced intense heat from a group of constituents who are worried about what Kavanaugh's appointment would mean for Native Alaskans — a demographic that was critical to her 2010 re-election campaign. Earlier this month, advocates and leaders from various native rights groups and tribal communities came forward in droves to urge her to oppose Kavanaugh's confirmation.

Walker and Mallott also noted in their statement that Alaska is home to 229 tribes, arguing that Kavanaugh's "overly narrow view of the relationship between federal and tribal government" could "jeopardize the Indian Child Welfare Act, Alaska Native Claims Settlement Act, and other laws that enable tribal self-determination."

While Murkowski has remained mum about how she will vote on Kavanaugh, the Alaska Senator seemed to suggest that she was not particularly concerned about his voting record on tribal issues earlier this month.

"He was the first to admit that, in terms of broader Indian law, he hasn't had that much opportunity in the D.C. Circuit court to really engage on these issues, so this is not a body of law that he is often exposed to," Murkowski said. "And he was very direct with that."

Whether Walker's and Mallott's opposition to Kavanaugh will impact Murkowski's decision is anyone's guess. For now, all eyes remain fixed on whether the Alaska senator will vote with her party or against her constituents.