State: Cosby should be classified as a sexually violent predator, because he is "likely to reoffend"

Cosby has no prior convictions, but he has been accused of sexual assault by more than 60 women over many decades 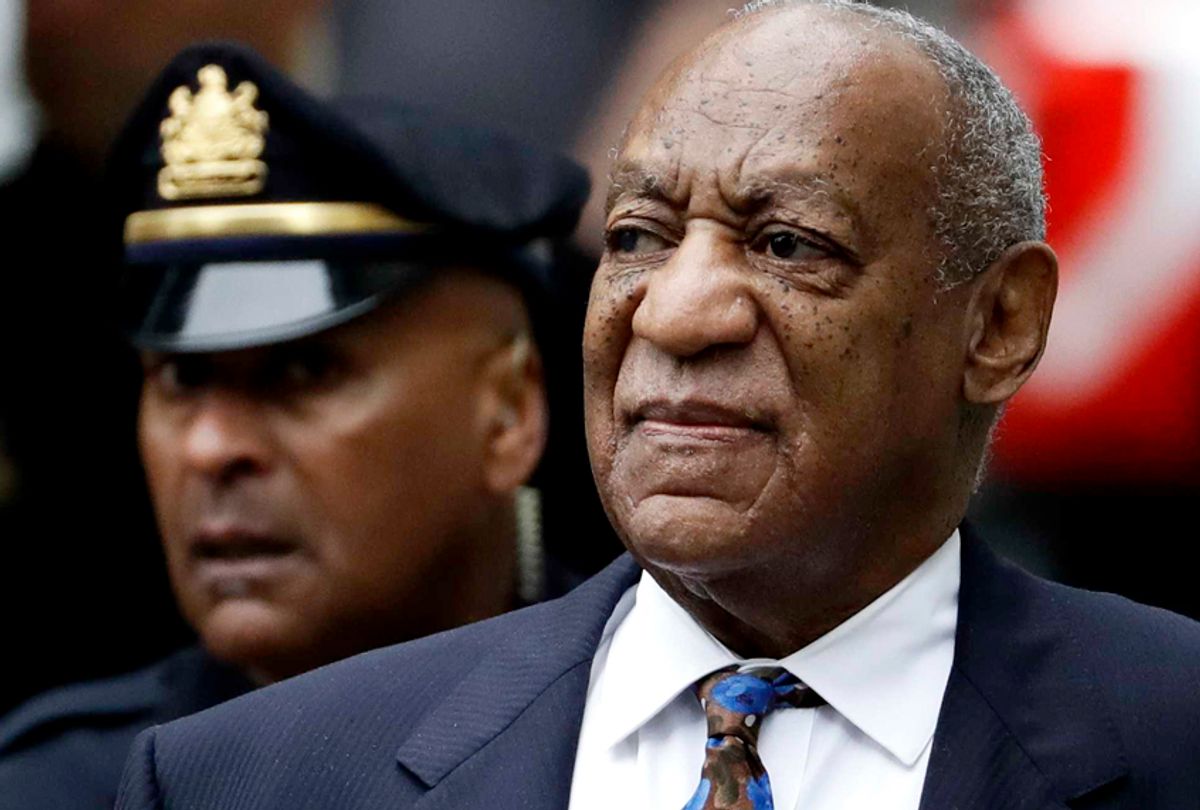 Bill Cosby's two-day sentencing hearing began Monday with a hearing to determine if the man once known as "America's Dad" should be designated a "sexually violent predator" under Pennsylvania law. The 81 year-old entertainer was convicted in April of drugging and sexually assaulting Andrea Constand, a Temple University athletics employee, at his home in Philadelphia in 2004.

"A state board has recommended that Cosby be classified a sexually violent predator, which would mandate community notification of his whereabouts and lifetime counseling," according to the Associated Press. "His lawyers are arguing the law is punitive and unconstitutional."

Judge Steven T. O'Neill denied the defense's motion that the classification and state's designation process is unconstitutional, although he has yet to rule on whether it would apply to Cosby.

Psychologist Kristen Dudley, a member of the Pennsylvania Sexual Offenders Assessment Board, testified that Cosby should bear the classification, because he "likely" has a personality disorder that manifests as an uncontrollable urge toward non-consenting women. Dudley argued that the disorder is evident in Cosby's long pattern of predatory behavior.

Cosby has no prior convictions, but he has been accused of sexual assault by more than 60 women over many decades, and many of their claims bear similarity to Constand's.

"The behaviors are beyond their controls, so they are urged to act on it," Dudley said, according to CNN. "He is likely to reoffend," she added, speaking directly of Cosby.

Cosby, who has been on house arrest since his conviction, declined to participate in the evaluation, but a determination was made based on various reports and trial transcripts. The Pennsylvania Sexual Offenders Assessment Board issued its recommendation to the court last month. Dudley was one of the authors.

Cosby was convicted on three counts of aggravated indecent assault during a retrial this spring and could face up to 30 years in prison – ten for each count. However, he could also face a punishment as lenient as probation. State guidelines suggest one to four years in prison, according to the AP.

Judge O'Neill is expected to sentence Cosby at the end of the two-day hearing Tuesday. Cosby's lawyers argued against incarceration Monday and in favor of an alternative punishment, citing Cosby's age and health concerns. One defense lawyer said prison would be an "excessive hardship," according to the AP.

Constand testified briefly during the first day of the sentencing hearing, saying she wants "justice as the court sees fit" and submitted a much longer victim-impact statement that was not read aloud. None of Cosby's other accusers will take the stand during the sentencing hearing, the AP reported, even though five women who accused Cosby of sexual assault were permitted to testify during his retrial.

Cosby's lawyers say they will only call one witness – a psychologist to testify in his defense – Tuesday.

Early Monday morning, Constand tweeted a Bible verse about letting go of anger. "Be wrathful, but do not sin; do not let the sun set while you are still angry; do not give the Devil an opportunity. Ephesians 4: 26," she wrote.

Cosby was first charged in 2015 for the 2004 encounter, and his original trial resulted in a deadlock jury. Cosby's sexual assault of Constand marked the first celebrity case to be tried and convicted in the era of #MeToo.

Andrew Wyatt, a spokesperson for Cosby spoke to reporters outside the courthouse Monday, telling them the comedian is still "America's Dad," according to the AP, alluding to a nickname he garnered from his role in the popular sitcom, "The Cosby Show." "They won’t ever take that away," Wyatt continued. "You can’t take away the legacy."