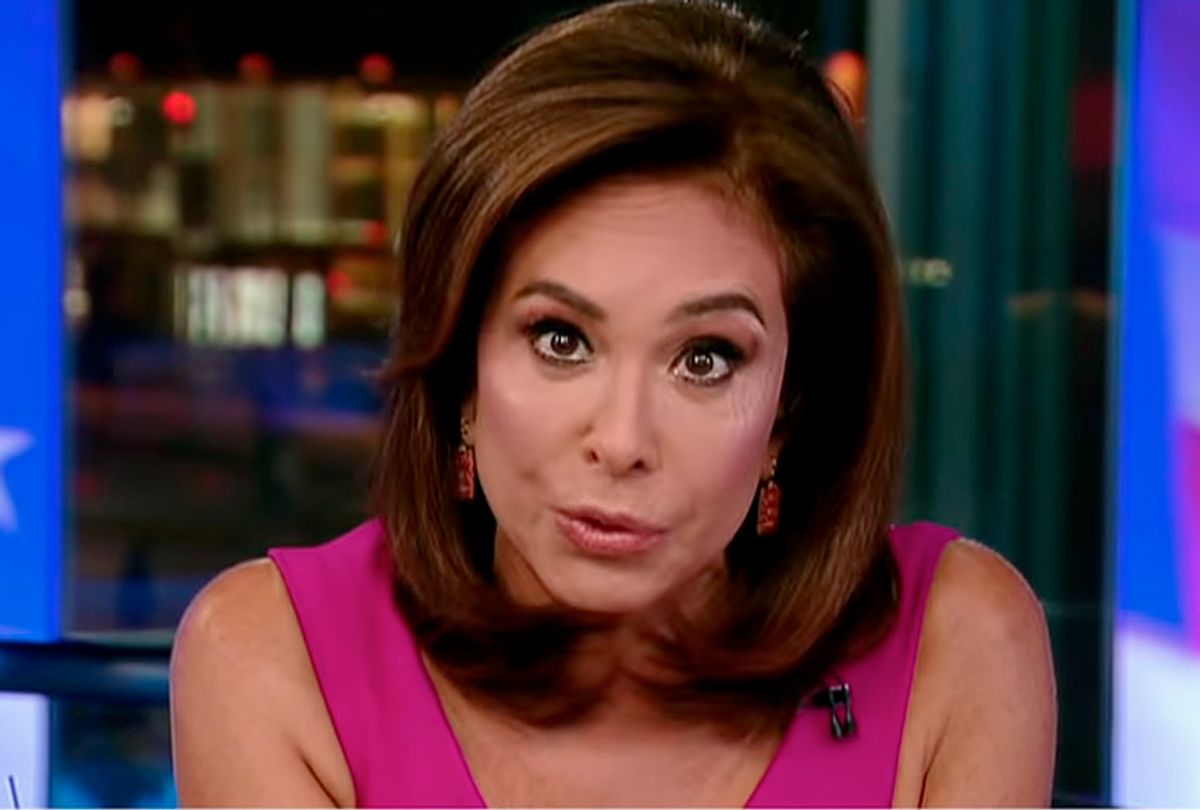 "I've never seen so many repressed memory cases in my life, especially against one guy!" she said on "The Five." "So the question is: If there's something awry going on, was there hypnosis? Are they using confabulation?"

"I don't want to get in the weeds here, but you know what?" Pirro continued. "This is where they have a right to a true cross-examination."

Dr. Christine Blasey Ford, the university professor who has accused the embattled appellate court judge of attempted rape in the 1980s, has not publicly mentioned any "repressed memories" surrounding her allegations against Kavanaugh.

The North California research psychologist, who is planning to testify Thursday before the Senate Judiciary Committee, told The Washington Post earlier this month that Kavanaugh thrust her in a bedroom at a party when they were both in high school, locked the door, pinned her to the bed, groped her over her clothes, grinded his body against hers and put his hand over her mouth to stop her from screaming.

A second allegation was detailed Sunday by a former Yale University classmate of Kavanaugh's, Deborah Ramirez, who claims Kavanaugh exposed himself to her and thrust his penis in her face at a party while they were both freshmen at the university. Ramirez described the alleged incident to The New Yorker after "carefully assessing her memories and consulting with her attorney."

Kavanaugh has categorically denied the accusations from both women.

Michael Avenatti, the attorney representing adult film actress Stormy Daniels in her lawsuits against President Donald Trump and his former lawyer Michael Cohen, recently alluded to a third client on Twitter, writing that he represents a women with "credible information regarding Judge Kavanaugh."

However, Avenatti told The Hill on Monday that he expects his new client to go public with her sexual misconduct allegation against Kavanaugh in an on-camera interview within the next 48 hours. "We anticipate that that is what is going to occur," he said.

The Montgomery County Sentinel in Maryland also reported Monday that an anonymous witness contacted local police over the weekend to discuss an unspecified allegation made against Kavanaugh during his senior year in high school. "At this time, the Montgomery County Police Department has not received a request by any alleged victim nor a victim’s attorney to initiate a police report or a criminal investigation regarding Supreme Court nominee Brett Kavanaugh," authorities said in a statement.

While investigators were not specific and spoke on background, they said they are looking at allegations made against Kavanaugh during his senior year in high school after an anonymous witness voluntarily came forward to speak with them this weekend.

Pirro first debuted her hypnosis theory while appearing as a guest on Sean Hannity's Fox News program last week. Referencing Blasey's disclosure that she first detailed the alleged assault during couple's therapy six years ago, she asked, "What was that about? Is this hypnosis? Is this confabulation? This is all stuff that is contrary to what the law calls for."