Bill Cosby's prison sentence: Why the next phase of #MeToo should prioritize survivors

In the #MeToo era, continued skepticism and disparagement of survivors illuminates just how far we still have to go 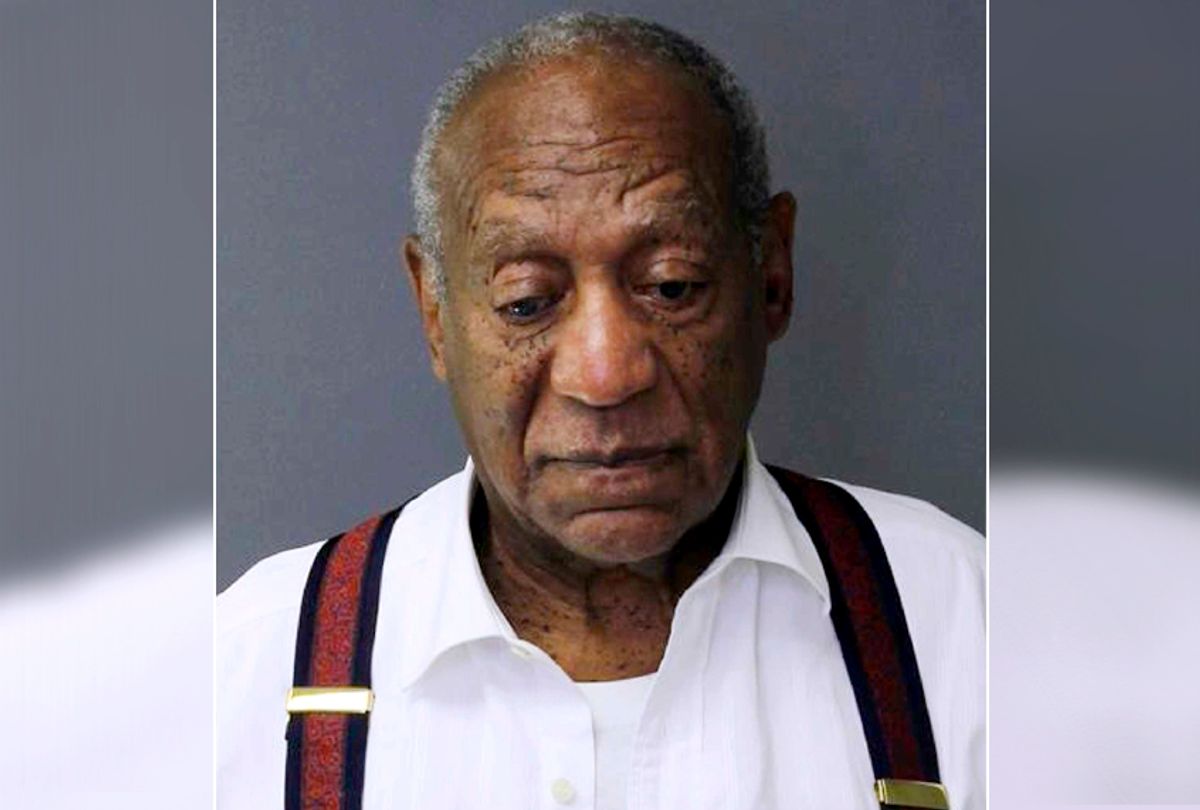 With all the momentum that the #MeToo era has gained, the backlash has often been overwhelming. For every ousted sexual predator, the male hysteria and the cries for so-called due process can feel deafening.

Conveniently left out of the portrayals of the movement as a "witch hunt" are the fact that women and survivors also want a fair process — one in which the safety of women is prioritized over the comfortability of men and in which those who step forward with allegations of sexual violence are not deemed liars until proven trustworthy.

One man was held accountable Tuesday for sexual violence. In a state court outside of Philadelphia, Bill Cosby, the actor and comedian formerly known as "America's dad," was designated a sexually violent predator and sentenced to three to 10 years in prison for drugging and raping Andrea Constand in 2004.

On the same day as Cosby's sentencing, Senate Judiciary Chairman Chuck Grassley (R-Iowa) announced the vote to confirm President Donald Trump's Supreme Court nominee Brett Kavanaugh, who has been accused of sexual misconduct by at least three women, would be held Friday at 9:30 a.m. ET – less than 24 hours after Dr. Christine Blasey Ford and Kavanaugh will finish testifying about one of the allegations in question.

As writer Aminatou Sow wrote Wednesday on Twitter, "I fear tomorrow’s hearing will confirm what a lot of us have known in our bones forever: women’s pain is inconsequential. This fear is a big reason so few of us disclose our assaults. What’s the point of getting hurt and devastated all over again?"

The sheer audacity of top Republican lawmakers believing they can weigh the seriousness of alleged sexual violence overnight and feel confident in their vote for a person's lifetime appointment to the Supreme Court the next morning is striking.

Society is nearing the one-year mark since #MeToo entered the mainstream in a significant way – more than a decade after the movement's founder Tarana Burke planted the seed and committed herself to the work of eradicating sexual violence and helping survivors connect and heal. But the accomplishments of this national #MeToo movement are still deeply complicated, and we continue to struggle with treating survivors who come forward with dignity and understanding.

It is certainly hard to categorize Cosby's sentencing as a victory when it took more than 60 women with similar accusations, an unsealed deposition of Cosby admitting to drugging women before sex and a mistrial before "justice" arrived. Let us not forget either, "if it hadn’t been for his decision to scold poor black Americans for their moral failures while decades of sexual-assault allegations had remained hidden, it’s possible that none of Cosby’s victims would have gotten their day in court," the Atlantic's Adam Serwer wrote after Cosby's conviction.

Beyond the extraordinary evidence and resources required to convict an alleged serial rapist, a three-year prison sentence is incomparable to the lifetime of trauma that survivors of sexual violence so often experience, whether they report their assault or not.

"When the sexual assault happened, I was a young woman brimming with confidence and looking forward to a future bright with possibilities," Constand wrote in a victim statement submitted to the court. "Now, almost 15 years later, I’m a middle-aged woman who’s been stuck in a holding pattern for most of her adult life, unable to heal fully or to move forward."

"Bill Cosby took my beautiful, healthy young spirit and crushed it. He robbed me of my health and vitality, my open nature, and my trust in myself and others," the statement continued. "I’ve never married and I have no partner. I live alone. My dogs are my constant companions, and the members of my immediate family are my closest friends."

Just one year into the tsunami of women coming forward, many people have been eager to discuss the next phase of #MeToo. What happens beyond holding individual abusers accountable, people want to know, while often providing a bloated understanding of how few actually answer for their wrongdoings.

What Cosby's sentencing illuminated Tuesday is that justice in cases of sexual violence must include holding men accountable but also that the healing of survivors must also be the priority. I hope that Cosby's perp walk provided some semblance of peace to the scores of women who were labeled "liars" and "gold diggers" for years and to Constand, who was abused over and over again, in her assault and throughout the entire reporting process, a civil trial and two more criminal trials.

"When survivors of sexual violence come forward, the way that we treat them, the way that we respond to them is a clear indication that we don't understand how serious sexual violence is," Tarana Burke said on Sirius XM's "Joe Madison Show." "We talk about murder and how there's no statute of limitations on murder, because it's so serious. But we are not taking into account that, when your body is violated, it is a form of murder of your spirit. And, if people really understood that and could really have empathy for the reality of surviving sexual violence, I think we will respond to it differently."

Taking sexual violence seriously and prioritizing survivors remains urgent work. Unhealed survivors fill our nation's jails and prisons. A Vera Institute of Justice survey published in 2016 found that 86 percent of women in jails reported that they had been sexually assaulted at some point in their lives.

But so much of the public discourse around the #MeToo movement has been fighting against the knee-jerk reactions to re-center powerful men and often at the cost of re-traumatizing survivors in the process. After Cosby's sentencing yesterday, a cultural critic wrote for CNN that the "verdict has only accelerated the process of transforming Bill Cosby into a nonperson."

As one of Kavanaugh's accuser, Christine Blasey Ford has been bombarded with death threats and forced to vacate her home, GOP senators, the president and men with various platforms have joined a choir expressing concern over how these accusations will impact his life.

Prioritizing survivors also means not just believing them but abdicating rape culture in all its manifestations. While the outpouring of women and others sharing their stories online is powerful and may be cathartic, the need for us to constantly disclose perhaps the most traumatic moments in our lives to legitimize our pain continues to be dehumanizing.

Yet, while tangible progress has been tepid and justice has been complicated, one thing in the past year has been clear: Women are not being silenced. "As women insist on wresting the metaphorical hands from their mouths and we commit to listening to and examining what they have to say, this broken world may not get fixed, but it will never be the same," Rachel Traister wrote for The Cut.

Despite the reluctance to a safe and equitable society, despite the defenses of terrible men and despite the outcomes in the court of law or in senate hearings, women have somehow remained energized, ready to speak out and to demand better. The questions is: When will men catch up?