This is your brain on PTSD

The selectivity of memory is on display during the Kavanaugh hearings 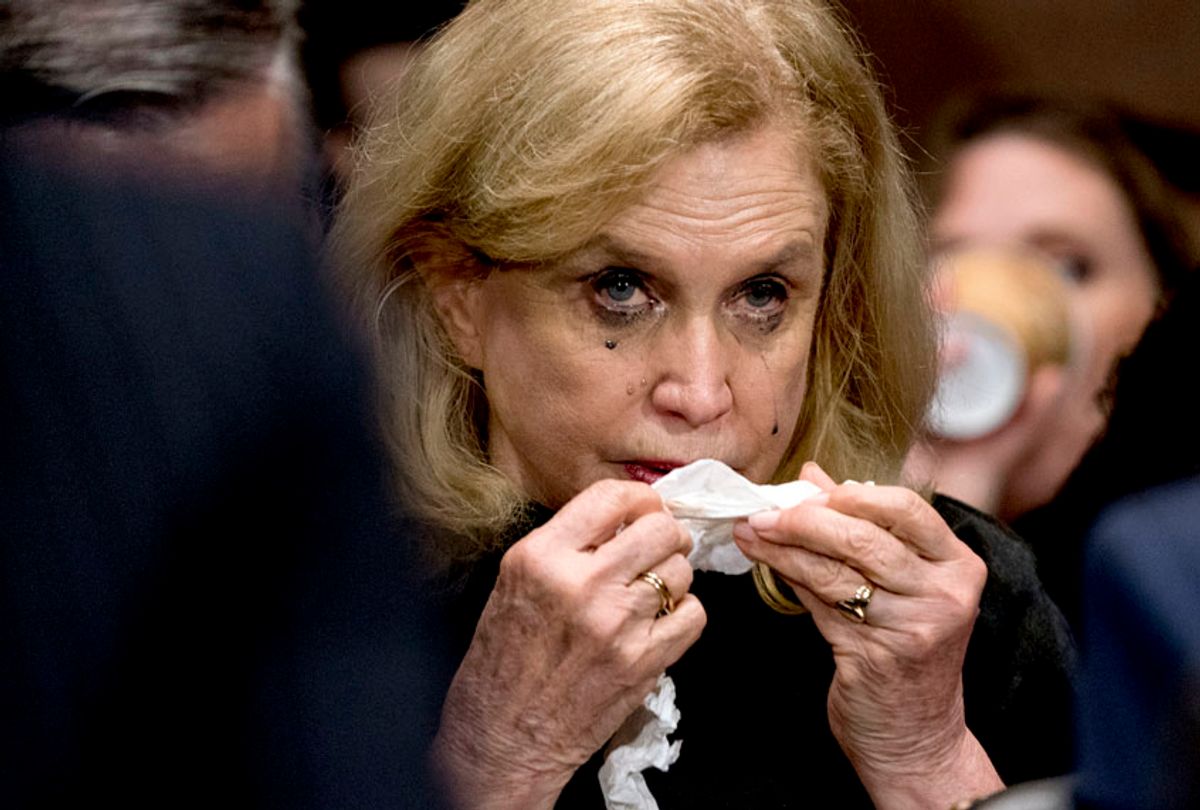 Do you remember what you were wearing that day? Do you remember what you ate for breakfast? Do you remember whether it was cold or unseasonably warm? Are some things so intensely vivid in your mind's eye it's like you're right there again, while others feel like they're gone forever? When you talk about it, even now, do you stop short and suddenly forget what you were saying mid-sentence? That's how trauma works. And if any of that sounds weird or surprising, you're probably not qualified to assess the experience of someone who's been through it.

Watching Christine Blasey Ford speak on Thursday — and hearing the remarkable line of questioning directed at and around her — one has to wonder how firm a grasp those evaluating the accuracy of her allegations against Brett Kavanaugh have on the workings of trauma. Case in point: after a morning break, journalist Emma Dumain reported that a woman approached Sen. Lindsey Graham to tell her that she had been raped. He replied simply, "I’m sorry. You should have told the cops." Guess it just never crossed her mind, right?

And that is the polarizing question. It's the reason that there will always be people in the room shrugging that if what happened was real, you would have said something. It's the reason why other were openly crying listening to Dr. Ford on Thursday. As if telling the cops is always an option. As if going through the justice system is not frequently its own highly traumatic event. As if it's a reliable solution. Andrea Constand told the cops in 2005. Her convicted assailant, Bill Cosby, was sentenced two days ago.

Trauma affects the brain. That's not a feeling; that's not an opaque concept. It's an actual measurable effect. It shows up on your MRIs. It changes your brain circuitry. Because it's real.

For starters, trauma hits you in the hippocampus — the place in the brain that regulates memory. It can even shrink that portion of the brain. That's why trauma survivors — whether combat veterans or sexual assault victims — can truly feel they are re-experiencing their events, while forgetting other aspects of it entirely. But that's not the end of it. Trauma also affects the amygdala; the part of the brain that regulates fear. Messing with this part of the brain can lead to sleep disruption, anxiety, hypervigilance, irritability and more. And then there's the number trauma can do on the prefrontal cortex, which can affect emotional regulation, as well as motor skills, problem solving, even language. You know that deer-in-the-headlights feeling? There's a reason for it. You can't always just power through that after you've been though an intense experience. Trust me, I've tried.

At one point when my daughter was in the ICU two years ago, I spent three days in the same clothes. Three days looking at myself in the mirror every time I washed my hands after stress puking. If you offered me a thousand dollars in cash right now I couldn't tell you what I was wearing those 72 hours. Yet I will still shiver as if hit with a blast of icy air when I remember first stepping outside into the ambulance. I know people who react intensely when they hear a certain song or smell a certain smell because it brings them directly back to the experience, but couldn't begin to guess how they got there or what they did next.

The recent Showtime miniseries "Patrick Melrose" did an effective job of conveying this surreal state, as the child Patrick focuses indelibly on a tiny gecko on the wall as his father is raping him. As Herb Tanner, a former director of the Violence Against Women Project at the Prosecuting Attorneys Association of Michigan told the Atlantic Thursday, "During traumatic experiences, people often remember little details that could corroborate their story."

Questioned by the Republican-picked prosecutor Rachel Mitchell on Thursday, Dr. Ford said she couldn't recall the date of the incident, though she was "100 percent" certain it was Kavanaugh  who assaulted her. "Has anyone come forward to say to you, 'Hey, remember, I was one who drove you home?" Mitchell asked. Ford said no.

None of this means that what Ford says she does "100 percent" recall is accurate. The many serious ways in which trauma harms the brain often sadly undermine the ability of a person to be a reliable witness to their own worst experiences. But what must be acknowledged, however, is that the selectivity of memory is exactly to be expected from a traumatic event, and how intensified those effects can be under stressful, one might even say hostile, conditions. It's not a discrediting factor. It's just another unbelievably crappy, often lifelong side effect of having something terrible happen to you.