You don't have to go to war to develop PTSD

A hospitalization set off a crisis I was unprepared for 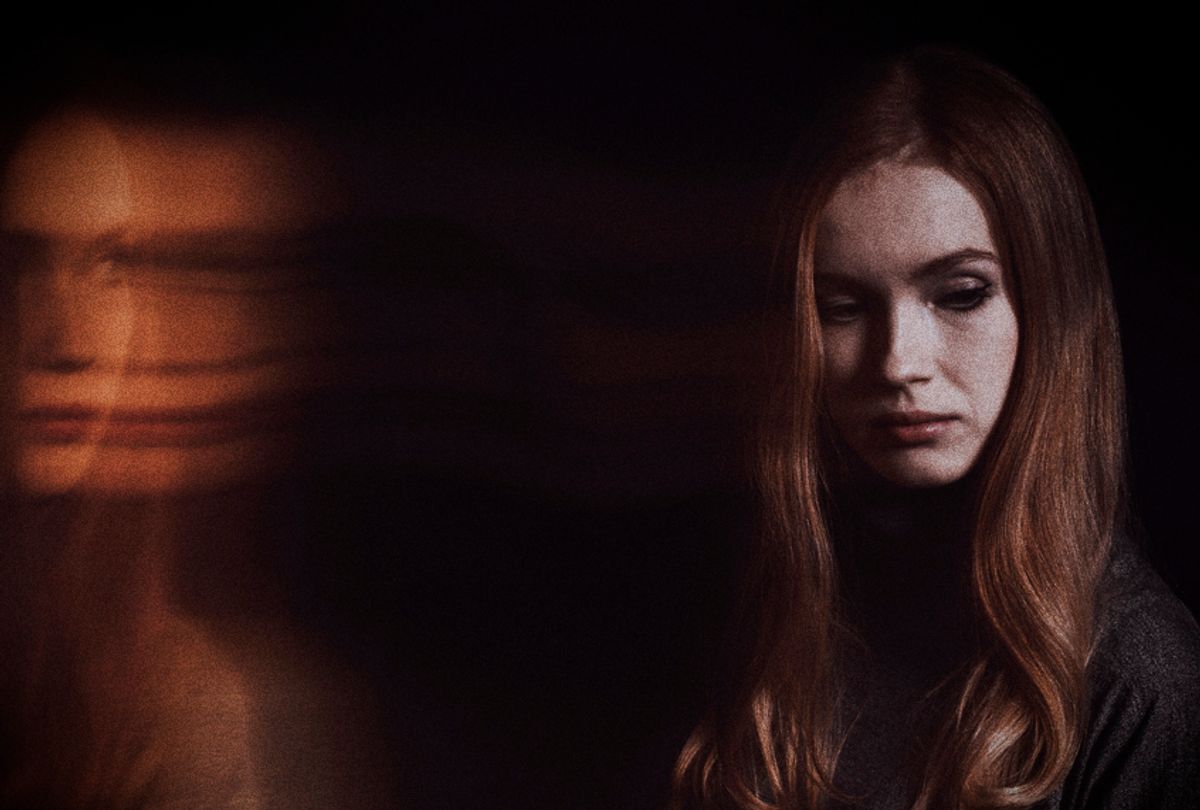 It hadn't been military combat or domestic violence. There had been the best possible outcome. But I know now that you don't have to go to war to experience crying jags, insomnia, panic attacks and extreme anxiety. You can just go to the hospital.

A 2015 study form Johns Hopkins estimates that a quarter of ICU survivors experience some form of post traumatic stress syndrome. A 2014 study out of Thailand yielded similar findings, noting that "the incidence of PTSD among ICU patients is similar to what has been seen among trauma victims." And here's another fun fact — PTSD isn't limited to the patients themselves. Caregivers and parents can get roped in too. Yet both within the medical community and culturally as a whole, we still treat a hospital discharge as an end point to an emergency or a severe chronic condition. We often don't recognize it as the beginning of another story.

I remember looking at my teenaged daughter recovering in her hospital bed last December, giggling as she shared her Snapchat story with her friends. I remember feeling a mix of the most profound relief I've ever experienced — and the ominous dread that at some not too distant point in the future, my own wheels were going to come off.

The groundwork for my PTSD had been years in the making. There was my own near-fatal experience of Stage 4 cancer, and the surgeries and two years in a grueling clinical trial that had come with the package. There was the onset of my younger daughter's OCD, and the steep learning curve and setbacks that had accompanied her treatment. Most harrowingly, my older daughter had almost died two years ago when a common infection turned into sepsis and a stay in the ICU. Through it all, though, therapy, support groups, yoga, prayer and meditation had kept me reasonably afloat, even as I shooed away my darkest fears of my kid winding up back in the hospital. Then, right before Christmas, my firstborn woke me up complaining of chest pains.

A long night of tests in the ER showed a slight abnormality in her heartbeat. We talked with the staff about doing more extensive testing, and bringing in the cardiac specialist. Then my daughter went into a seizure.

Later, in hindsight, the doctors surmised that lack of sleep, blood draws, and standing up too quickly after a procedure had led to a vasovagal syncope — essentially a fainting episode cranked up to 11. What I saw, however, was my child who'd I'd already watched almost die in front of me once before, moaning and convulsing while her heart rate plummeted and a team of doctors swarmed around her.

She was swiftly stabilized, given a diagnosis of Wolff-Parkinson-White syndrome and a simple action plan. She was eating Oreos and texting her pals within minutes of her collapse, and she's also been great about identifying her own post-hospital stresses and needs ever since. It would take months before I got a diagnosis and plan for myself.

There may be no other condition with a more self-explanatory name that post-traumatic stress. Pro tip from one who knows — the "post" in PTSD is really the keyword here. Yet it comes as surprise anyway. There you are, well after your horrifying, catastrophic event has ended, standing at the stove cooking dinner or sitting on the train going to work, and voila, your brain and body are behaving like they're under siege. Upsetting images pop into your head and then play on a vigorous loop. Your heart starts racing for no apparent reason. You forget what you were doing while you're in the middle of doing it. You don't even mind the sleeplessness, because at least it keeps the nightmares away. It doesn't help that you bring your younger child every week for therapy to the same facility where her sister has had all her emergencies. The very specific hospital smell when you walk through the doors, every time, will hit you like a brick. And strangest thing of all, at times when things are going the best, you unexpectedly feel horrible. You sit at the dinner table laughing over something silly someone said, and then you start crying. You look at your children sleeping peacefully and you feel so, so scared.

So of course I knew that something was wrong. I knew what it was. I talked with my therapist. I said I'd always been the optimistic, resilient one, and now I felt like a Kafka character, transformed overnight into something unrecognizable. I made a well-timed doctor's appointment, right before the debilitating headaches started. I got an MRI/MRA and a prescription for Wellbutrin. The meds are helping, a lot. They're doing exactly what I thought SSRIs could do. Most days now, I can function without having to convince myself to function, and that's a huge deal. I can have a disturbing, intrusive thought and then have a calmer voice in my head step in to say, "Okay, honey, you don't have to do this." I have a six-month prescription. And then I guess we'll see.

What has also helped exponentially has been just sharing the experience with others who have been through it too. My friend Evelyn, who's been around the cancer track, says that letting people acknowledge their trauma is critical. "The thing that makes me the craziest are family members who roll their eyes when you try to tell them your story," she says. "The worst part of trauma is when you have narcissistic family members who diminish it."

In pleasant contrast, last week, my friend June was in town, and we shared a plate of fries with a side of terrible memories. June's second child had a difficult birth, followed by a series of intense surgeries and ongoing medical crises. Then a year ago, June got an infection that she couldn't shake. She remembered my daughter's story, so she toddled off to the ER, where she spent ten days in the ICU for septic shock. "I had crying jags and panic attacks months later, after my body was healed, thinking about how close I was to dying," she says. Her therapist and doctor concurred — it was PTSD.

Last year, I watched as my friend Deborah Copaken — who also has experienced the nightmare of a child's medical crisis —went from recovering from a fairly common gynecological surgery to almost bleeding to death from a rare side effect known as vaginal cuff dehiscence. "Blood was everywhere. It looked like a crime scene," she recalls. "I thought, in my blood loss state, that everything inside me was slipping out." Her daughter, home from college, took her to the emergency room. "My trauma is much more related to traumatizing her," she says. "She's just trying to do her best as the daughter of a woman who is dying. The absolute worst part of the night was when my sister called, and my daughter walked out of the room and I heard her burst into tears. She saved her mother's life, and that's too much for a 20 year-old girl to deal with."

A year later, Deborah is physically healed but still feels the emotional fallout. "The scenes repeat themselves in dreams often," she says. "I will look at the bathroom, which was covered in blood, and it's almost like in 'The Shining.' I will look at various places in my apartment and the blood pops into my head without warning. Or I'll pass by the hospital and my heart rate will go up."

Meanwhile, my friend Jen, who last fall welcomed a second child after years of her own medical crises, wrote recently about the mixed emotions of her daughter's first spring. "I have been an anxious wreck the past couple of weeks leading up to this time period," she says. "What I've been feeling is more than unease. It's more of a crippling foreboding that something terrible must be about to happen. That somehow, despite our five-year journey with cancer, we still got off too easy." Because, as she notes, "The last time I had a five-month-old infant, I was diagnosed with cancer." Who wouldn't be nervous facing that marker again? Nearly one in four women diagnosed with breast cancer will experience some form of PTSD.

Granted, my friends and I represent a small and unscientific sampling. But just last month, CBC Radio reported on the phenomenon of medically related PTSD. The CBC spoke to a mother whose young son had been treated for a rare genetic disease and found herself experiencing "unpredictable and overwhelming" reactions afterward, but dismissed the possibility of PTSD because "I thought, that's what people who experienced violence had, not something that people who experienced health care had."

A thing about trauma is that anybody can experience it. It's not like a carnival ride where you have to have THIS MUCH horror to get on board. For me, a pediatric hospital was enough to summon it. Another thing about trauma is that there is the person you were before it, and there's the person you are after. It is super not fair and you're going to really wish you'd have a little more time to prepare, but there it is. It doesn't mean the previous version of yourself is gone. It does mean she's got to scooch over and make room for other things. She has to give them their attention and their respect. So after the immediate business of keeping everybody alive is under control, it's a good rule of thumb to assume you're going to need emotional and psychological help next. Things that can work include cognitive behavioral therapy, exposure therapy, EMDR, and medication. Things that tend not to work include telling yourself that everything is okay and you should move and get over it. Demanding a traumatized brain not feel a certain way is like asking a stab wound not to bleed. It really does not listen. You have to attend to it.

Lately, I find I am better able to keep my worrying to normal, mother of teenagers level and less hyper-vigilant, emotionally scarred person level. I do the things I can to feel better and I accept that some days it's going to suck anyway. I do everything I can not to make my problems my children's problems. They're busy trying to fix the world, and I do not want to get in their way.

My family has been lucky more times than we can count. We love doctors and medicine and insurance like you would not believe. We know that healing takes many forms, and is always a work in progress. My friend Deb says, "Yesterday I was riding my bike over the Williamsburg Bridge, so happy to be alive. When you're really happy to be alive, it's always marred by knowing that this almost wasn't. At the same time, I feel the other side of that is intense gratitude. The trauma exists, and the PTSD exists, but you also have a greater appreciation of life."