I was the new Nobel Prize winner's lab rat

Dr. James P. Allison won the Nobel Prize for his work with immunotherapy, which saved my life 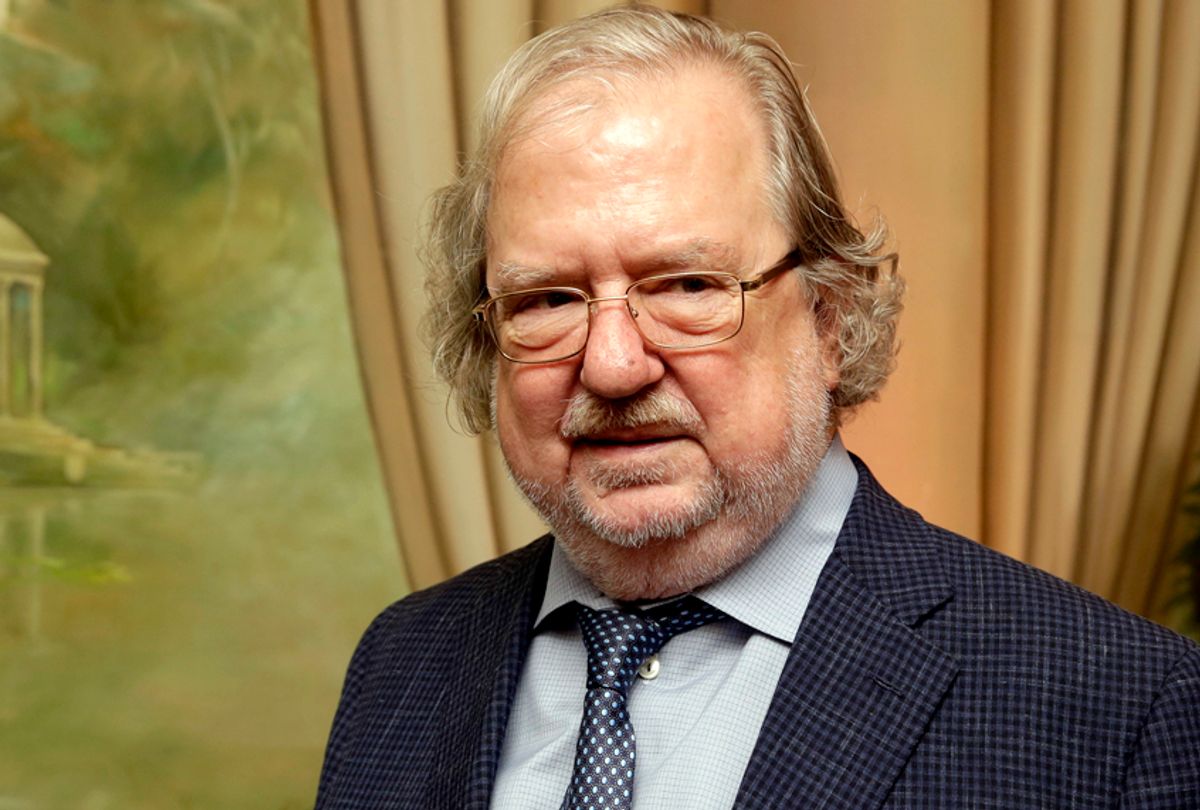 In 2011, I was given a diagnosis of Stage 4 melanoma, a condition that Dr. James P. Allison, a leading cancer researcher, has described to me as "rapidly fatal." So I became a test subject for a treatment he paved the way for. In 2018, I'm still alive and that guy just won a Nobel Prize. Damn, science is beautiful.

If you want to know how to get a Nobel Prize, the obvious answer is: practice. The work that led to the development of treatments like Yervoy and Opdivo began seven decades ago in the small Texas town of Alice. Young Jim Allison was attracted to science, but didn't have a particular leaning toward cancer. It's just that cancer kept finding him. His mother died when he was 11, of lymphoma. Over the years, his uncles died of cancer. His brother. Friends. He faced it himself, twice.

Meanwhile, in Berkeley in the '80s and early '90s, he began to explore how T-cells can be manipulated to turn on and off certain responses in the immune system. The possibility that unlocking the secrets of the immune system could lead to breakthroughs in cancer treatment was not Allison's idea — Dr. William Coley innovated discoveries in the field nearly a century earlier. But the results in humans had always been sporadic, and usually only short term. Immunotherapy soon fell out favor with the development of more cutting edge approaches. As Allison told me in 2014, "The best advisors in the field said, 'We don't know much but to throw chemo and radiation and surgery at cancer.'" That "slash-burn-poison" approach remained the standard for decades.

READ MORE: Seed diversity is disappearing — and 3 chemical companies own more than half of all seeds

But Allison couldn't shake the belief there was another way. Fifteen years before my diagnosis, Allison and his colleagues from the UC Berkeley Cancer Research Laboratory published a landmark paper on the role of a protein receptor called CTLA-4 in "antitumor immunity." From there, it was a long road to bringing the rest of the scientific and pharmaceutical community on board. UCSF microbiology and immunology department chair Lewis Lanier recalled to the Wall Street Journal Monday that Allison "spent ten years banging on the doors of many pharmaceutical and biotech companies saying this concept will work." And as another cancer researcher once put it to me, until very recently the immunotherapy guys could always be found in "the smallest rooms" at conventions and conferences. Nevertheless, they persisted.

You know what happens on the way to a revolutionary moment in the treatment of pernicious disease? A lot of people die. My doctors have stories that would break your heart, of countless patients and their families, over years and years and years, who died along the way from a cancer that ran amok in their bodies. Or who died in clinical trials along the way. In one immunotherapy drug trial similar to mine from just a few years ago, "14 deaths appear related to the study drugs, including seven deaths associated with irAE [ immune-related adverse events]."

While I was still recovering from the surgery that revealed my cancer had moved into my lungs, a bright, bruise-colored tumor appeared on my back, announcing that my cancer had now also moved into my soft tissue. In 2011, your average life expectancy with metastatic melanoma was six to seven months — although with a form as aggressive as mine, you might get considerably less. Yervoy, the first immunotherapy treatment for melanoma had just been approved a few months before, with a rousing 20–30 percent success rate. In cancer, my oncologist told me, "that's considered a home run." I knew all of that when she told me about a promising drug trial recruiting new patients, just one floor up from us at Sloan-Kettering.

I soon became one of the first patients in the first cohort of a phase one trial, combining Yervoy with another, yet unnamed immunotherapy treatment. Within days, I could see the tumor on my back becoming smaller. Three months later, my first set of scans found no evidence of cancer.

It's not a lot of fun being in a clinical trial, especially for Stage 4 melanoma. Dr. Allison explained to me a few years ago, "You work with melanoma because it's accessible. It's a bad disease. It has many mutations. People want to deal with it because it's so bad."

This is not the way you want to be interesting in the world. I spent two full years undergoing an intense treatment full of side effects both expected and surprising. I continue to be monitored even now, and presumably for the rest of my life. But a few weeks into the experience, when my fate was wildly uncertain, my doctor introduced me to the researcher whose work had sparked the treatment I was receiving. He was a southerner with a honeyed drawl and a warm handshake. A man who believed that an answer to cancer might be hidden in our own bodies, when he was one of a handful of humans in the world who did. "I really like to figure out how things work," Allison has said. Lucky for us.

"Cancer is adaptable," Dr. Allison once told me. "It's incredibly able to deal with change. Unless you take out that last cancer cell, it can come back. But step back two hundred feet. What we know about the human immune system is that it's also designed to be adaptable. It's designed for this."

Today, immunotherapy treatments like the one Dr. Allison helped lay the groundwork for — along with other forms of cancer immunotherapy — have been approved by the FDA for a variety of cancers including bladder and kidney. And even more treatments are in trial. It's still an imperfect, often scary and frustrating process for doctors, researchers and patients. But there's more hope for more of us than ever.

The current median survival expectation for metastatic melanoma is about three years — which is great unless you'd like to live longer than three more years — and the success rate for my form of immunotherapy is roughly 60 percent. A few weeks ago, I attended the Dr. Paul Janssen Award for Biomedical Research, where Dr. Allison was being honored. I jokingly asked Dr. Allison when, after all his successes, he'd be ready to rest on his laurels. "When we're at 100 percent," he told me.

Later that evening, we watched a video of a fellow patient sharing her story of late stage melanoma, and the treatment that enabled her to survive and raise a family. When I looked over at Jim Allison, he was wiping away tears. I'm sure a Nobel Prize is pretty sweet, but you don't devote your entire life to a field of study considered fringe unless you really, really are in it to see people not die of cancer. You don't put your chips down on one thing, for decades, unless you believe there's something to it. Oh, and you're brilliant. As he told the crowd as he accepted his prize, "The patients are waiting." I know every day that I won the lottery, because I was waiting when curious, motivated scientists were throwing themselves into a seemingly impossible quest: to one day put the words "cancers" and "cures" in the same sentence.

My normal Monday morning routine involves waking up, reluctantly checking the New York Times as the coffee brews, and then making loud angry noises at my phone. On October 1, however, my audible gasp was one of delight. And then I sent my kid off to school and I cried. Because the outcome of a risky experiment is that I get to make breakfast for my child. Because there are people in the world who somehow, in spite of all odds, remain curious, questioning and eternally hopeful. Because one of the worst things that ever happened to me gave me a chance to have one of the best unpaid jobs in the world as a cancer research lab rat, made possible by people like Dr. James Allison — harmonica player, Willie Nelson fan, and now, Nobel Prize winner.