"I don't think she was the only one that wrote that post on Instagram. She probably got some very bad information." 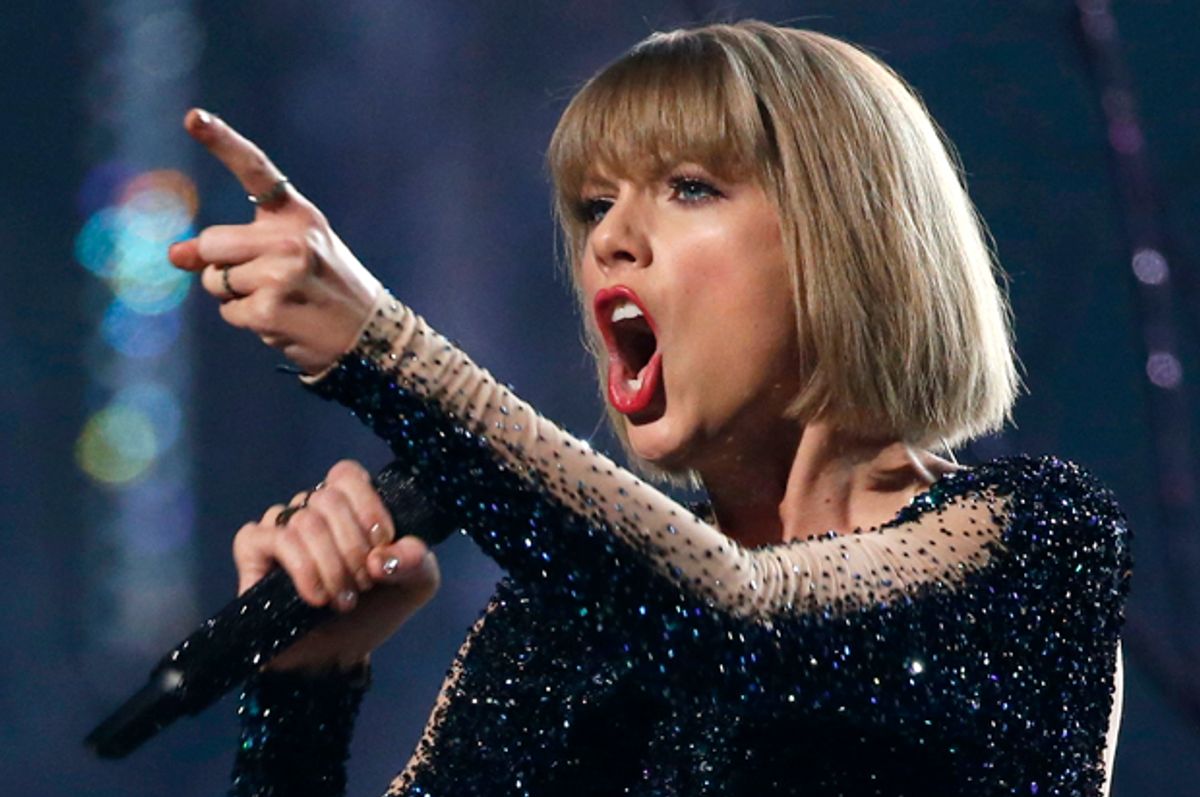 Taylor Swift, the pop star who had been severely criticized for not publicly engaging in politics, shocked those of both political stripes Sunday night when she published a lengthy Instagram post endorsing the Democratic Senate candidate Phil Bredesen running in her home base of Tennessee. Her support for Bredesen also came with a scathing indictment of Republican challenger Marsha Blackburn, whose "voting record in Congress appalls and terrifies" Swift.

But, according to "Fox & Friends," it is not likely that Swift wrote the post herself.

"This is what I used to love about Taylor Swift," said Charlie Kirk, founder of the conservative think-tank Turning Point USA, Monday on the president's favorite morning show, "She stayed away from politics. She was all about music, all about female empowerment."

Kirk went on to charge Swift with being uninformed about Blackburn's record. "Maybe she should actually learn about her record in Congress," he continued. "It's rather evident and clear that — I don't want to accuse her of this, but I don't think she was the only one that wrote that post on Instagram. She probably got some very bad information."

Swift's Instagram post — featuring a polaroid of herself — addressed the fact that she has been relatively silent on political issues, although she alluded to the fact that her stance has shifted since the election of President Donald Trump.

"In the past I’ve been reluctant to publicly voice my political opinions, but due to several events in my life and in the world in the past two years, I feel very differently about that now," Swift wrote. "I believe in the fight for LGBTQ rights, and that any form of discrimination based on sexual orientation or gender is WRONG. I believe that the systemic racism we still see in this country towards people of color is terrifying, sickening and prevalent. I cannot vote for someone who will not be willing to fight for dignity for ALL Americans, no matter their skin color, gender or who they love."

The pop star added that, as much as she likes to support women candidates, she "cannot support Marsha Blackburn." "Her voting record in Congress appalls and terrifies me. She voted against equal pay for women. She voted against the Reauthorization of the Violence Against Women Act, which attempts to protect women from domestic violence, stalking, and date rape," Swift continued. "She believes businesses have a right to refuse service to gay couples. She also believes they should not have the right to marry. These are not MY Tennessee values."

Swift said she will be casting her vote for Bredesen in the Senate and Jim Cooper for the House of Representatives. She encouraged all of her followers and fans to "educate" themselves on the candidates running for office and, most importantly, on what their values are. Swift also reminded her Tennessee fans that Oct. 9 is the deadline to register to vote.

Swift naming and calling out systematic racism is perhaps more significant than her criticism of Blackburn, because for her entire career, the pop star has showed no understanding of the power and pervasiveness of institutional racism — even as she has continued to profit off of racial archetypes of white female femininity and victimhood, as seen in her tumultuous feud with Kanye West. Swift has also used black women as props in her videos and clung and capitalized on the success of hip-hop and its frontrunners without ever engaging or amplifying its political messaging or expressing concern for the black lives at the center of the genre and culture.

Perhaps more troubling, because of Swift's political silence, white supremacists have been able to project their political ideologies onto her, dubbing her an "aryan Goddess" according to Vice's Broadly — a label and endorsement that Swift had previously ignored rather than denounced. Alt-right commentator Milo Yiannopoulos "writes that Swift works as an avatar for the ultra right because she comes across as a born conservative but also keeps politics out of her public identity," Mitchell Sunderland wrote for Broadly.

But now, with Swift drawing her political beliefs in the sand, conservatives and those further right, are bemoaning her declaration. In a 4chan thread, users called the entertainer "traitorous," according to The Daily Beast.

"So look Taylor Swift, I love your music," Kirk concluded on the "Fox & Friends" segment. "Personally, Kanye West, I'm a bigger fan of his, and I wish you would have not done this. Stay away from politics."

Kirk's appearance on Fox followed his reaction to Swift's post on Twitter, where he was more antagonizing. "You have absolutely no idea what you are talking about," he wrote. "Your career has never recovered since Kanye ended it."