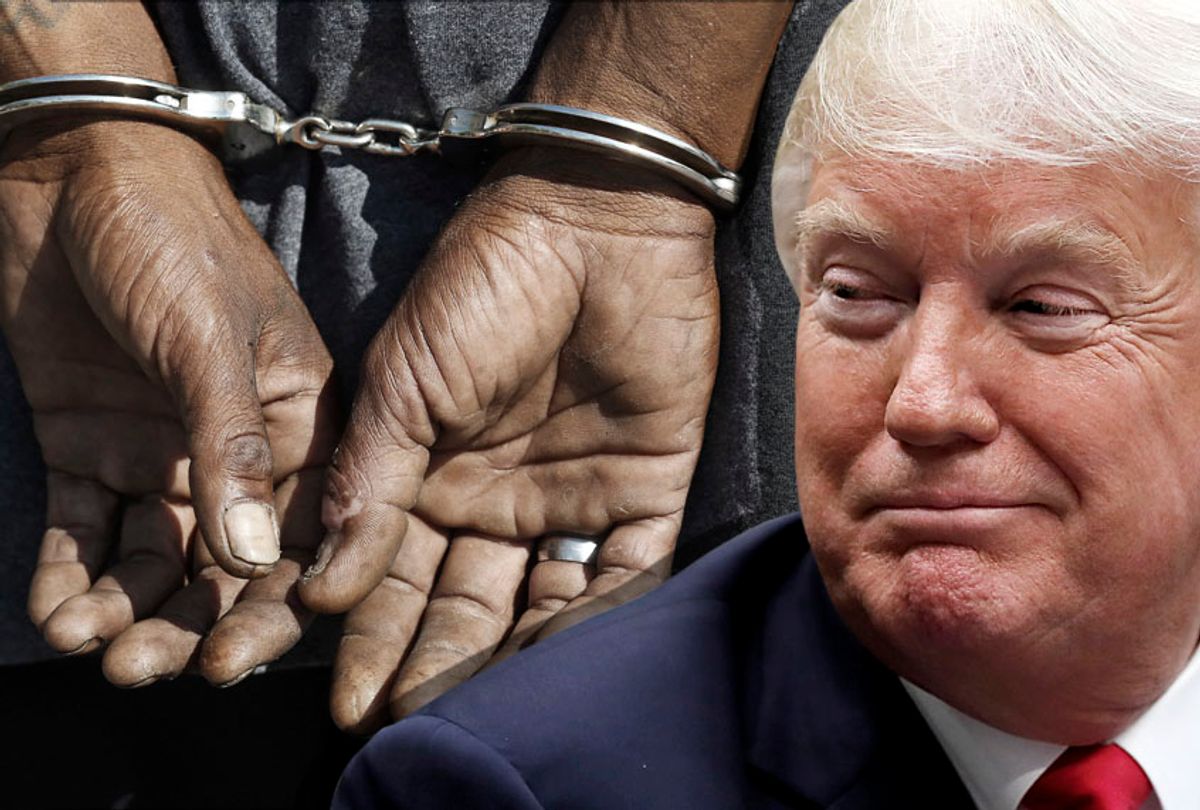 A spokesman for Chicago Mayor Rahm Emmanuel described President Donald Trump as "clueless" for encouraging the revival of stop-and-frisk police practices in Chicago, a law enforcement method that has been ruled unconstitutional and disproportionately impacts people of color.

Trump advocated for the tactic at a convention of the International Association of Chiefs of Police in Orlando on Monday, saying he has ordered Attorney General Jeff Sessions to "immediately" head to the city "to help straighten out the terrible shooting wave."

"Even someone as clueless as Donald Trump has to know stop-and-frisk is simply not the solution to crime," Emmanuel spokesman Matt McGrath said, according to NBC Chicago. "The fact that he’s trotting out this tired rhetoric is another sign he’s worried about Republicans in the midterms."

During Trump's remarks to law enforcement, he added that he directed Sessions to work with local police "to try to change the terrible deal that the City of Chicago entered into with ACLU, which ties law enforcement's hands." He said the city should "strongly consider stop and frisk. It works and it was meant for problems like Chicago."

In 2015, Chicago reached an agreement with the American Civil Liberties Union of Illinois to reform and restrict stop-and-frisk, following the release of a groundbreaking report from the organization that declared, "Chicago has failed to train, supervise and monitor law enforcement in minority communities for decades, resulting in a failure to ensure that officers' use of stop and frisk is lawful."

Karen Sheley of the ACLU of Illinois, responding to Trump's comments, said she isn't looking to the president for answers on curbing the violence in Chicago. The Trump administration has consistently "encouraged strong-arm tactics and unconstitutional practices by police," she said, according to the Associated Press, "The solutions to violence in Chicago are not going to come from Donald Trump."

Trump also argued that stop-and-frisk's success was proven in New York City in the 1990s and early 2000s, under the leadership of former mayor Rudy Giuliani, who is now Trump's personal attorney in the Russia investigation.

Stop-and-frisk is the tactic where police will temporarily detain, question and often search people believed to be dangerous or have "reasonable suspicion" that the person has or is planning to commit a crime. It's often likened to racial profiling and was used extensively in New York City until a federal judge ruled that it was discriminatory and unconstitutional in 2013. And after the city stopped using the procedure, its murder and overall crime rate continued to fall.

READ MORE: The Department of Justice is suing California over its net neutrality law

"Gotta be properly applied, but stop-and-frisk works," Trump said in his speech.

Aside from the prejudice of stop-and-frisk, Chicago's violence is also decreasing. "Chicago police said last week that there have been 102 fewer homicides and nearly 500 fewer shooting victims in the city this year, compared with the first nine months of 2017," the AP reported.

While Trump has consistently praised local law enforcement, (and often criticized federal) his comments on Monday were inherently political. He said it was "disgraceful" that certain politicians "escalate political attacks on our courageous police officers," later identifying "The Democrats" who "fight us at every turn, whether it's military or law enforcement."

Kanye West, who is from Chicago, is expected to meet with Trump on Thursday in the White House, the New York Times first reported, to discuss a way to increase manufacturing jobs in the Chicago area. According to press secretary Sarah Huckabee Sanders, also on the agenda is "what can be done to reduce violence in Chicago."