Virginia GOP candidate has a solution for rape: "Educate females" 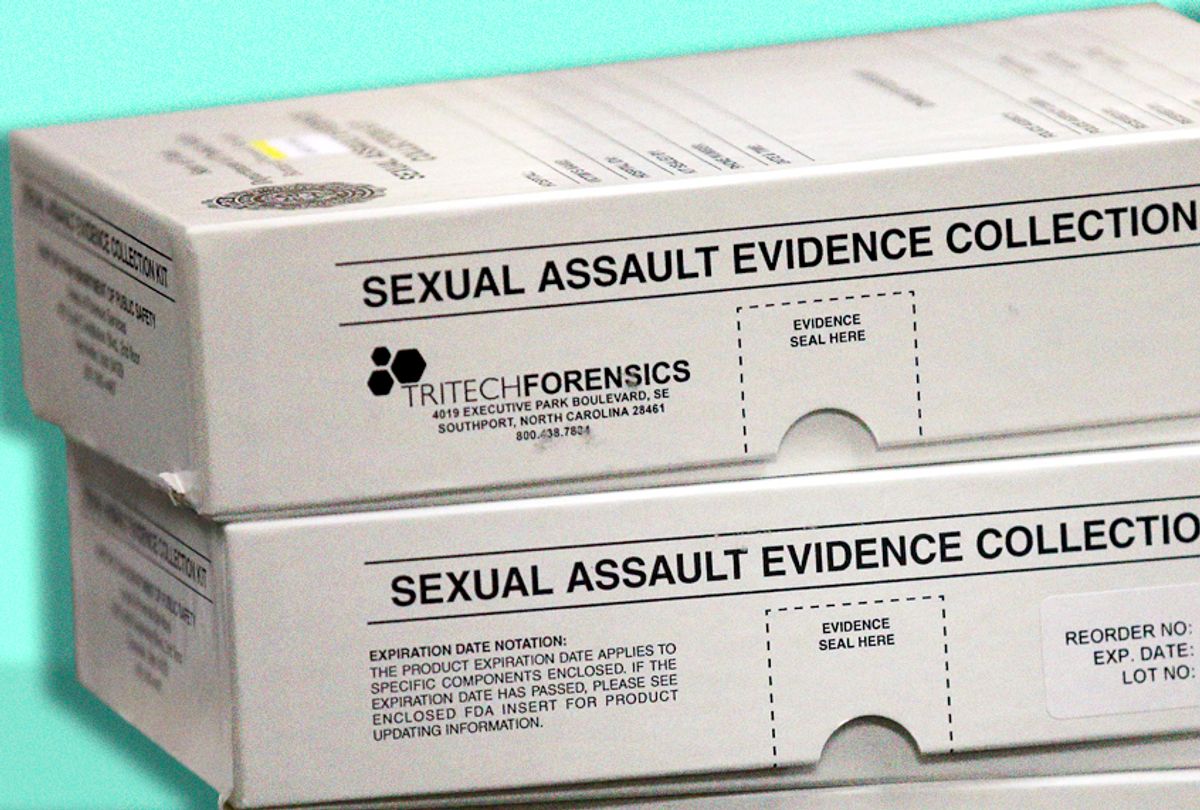 Riggleman, who is running against longtime journalist Leslie Cockburn in a northern Virginia district that includes Charlottesville, made the comment when an audience member asked how the candidates would address sexual violence against women.

“As far as what’s going on on campus,” Riggleman said, “I think a lot of it comes to educating females, specifically in the fraternities and sororities that they’re a part of.”

Riggleman told The Roanoke Times after the debate that he intended to say that both men and women should be educated.

“I just got in front of my headlights a little bit,” he said.

Riggleman's comment suggesting that women are responsible for being raped come as the Republican Party reckons with the weight of the #MeToo movement amid allegations of sexual assault and misconduct against President Donald Trump, his Supreme Court pick Brett Kavanaugh, and a number of other high-profile lawmakers.

Trump, the subject of more than a dozen sexual misconduct allegations himself, mocked Kavanaugh accuser Dr. Christine Blasey Ford during a rally last week, before Republican senators confirmed her alleged assailant, with some arguing that they didn't believe Kavanaugh was the one who assaulted Ford.

Trump later called the allegations against Kavanaugh a “hoax” by “people who are evil,” and declared that the judge had been found innocent, although there was no criminal trial or even a full FBI investigation into the alleged incident.

Republicans are now patting themselves on the back, claiming they handled the situation perfectly.

“I think Dr. Ford was treated well. I think the roles were reversed. The slut-whore-drunk was Kavanaugh,” South Carolina Republican Sen. Lindsey Graham, who sits on the Senate Judiciary Committee, told The Daily Beast, adding that he is not worried that fewer people will come forward after the spectacle.

Cramer told The New York Times that he says “what a lot of other people don’t dare say — but think.”

“That you’re just supposed to believe somebody because they said it happened,” he said when asked to clarify, referring to the allegations against Kavanaugh. “The world got to see close up how ugly it can be when you go too far.”

Earlier, when the allegations against Kavanaugh first surfaced, Cramer asked, "Even if it's all true, does it disqualify him?"

Heitkamp strongly rejected Cramer's comments, explaining that her own mother had been a victim of sexual assault. “It did not make my mom less strong that she was a victim," the senator said. "She got stronger, and she made us strong. And to suggest that this movement doesn’t make women strong and stronger is really unfortunate.”