"The prince then may have acted on that. And one of the people he took action against is Mr. Khashoggi" 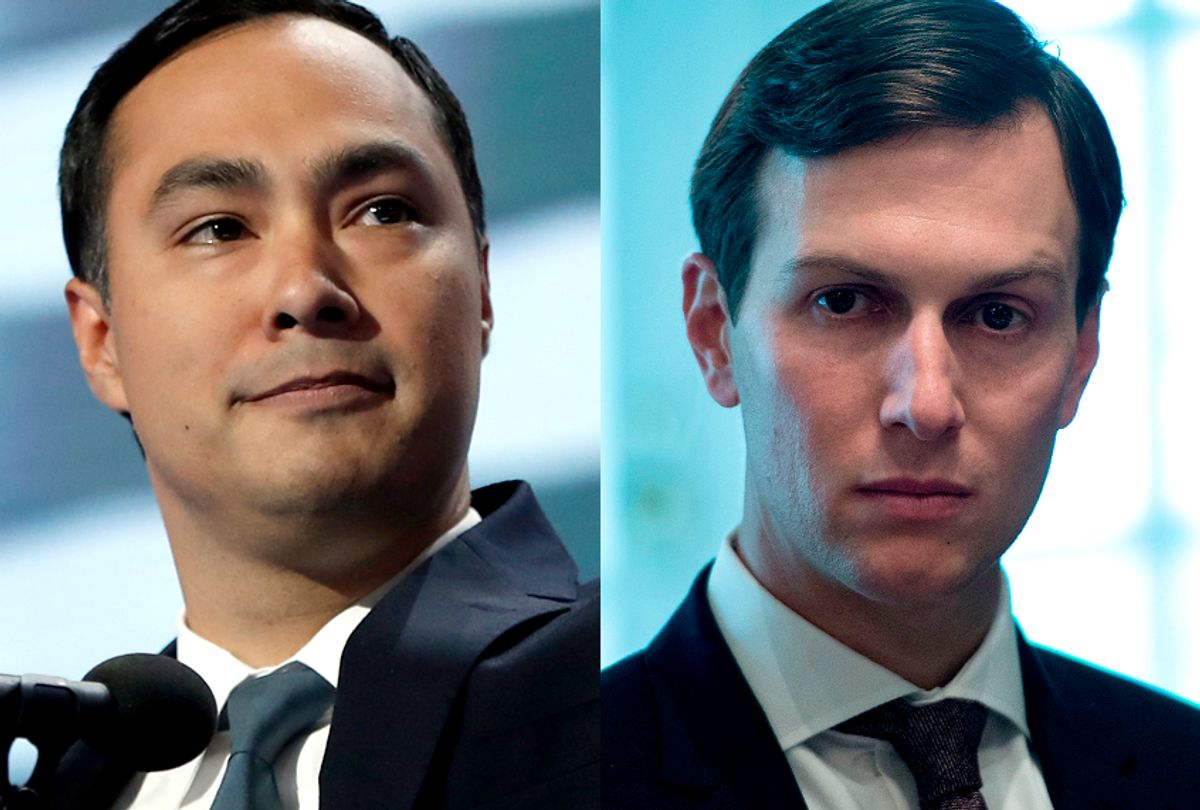 Rep. Joaquin Castro (D-TX), a member of the House intelligence committee, cited "disturbing" reporting that claimed that President Donald Trump's son-in-law Jared Kushner "may have, with U.S. Intelligence, delivered a hit list – an enemies list – to the crown prince, to MBS, in Saudi Arabia."

"The prince then may have acted on that," Castro added Friday morning during an appearance on CNN. "And one of the people he took action against is Mr. Khashoggi."

Anchor Poppy Harlow interjected, clarifying that CNN did not have that reporting. "I'm not sure where you are getting that from," she said.

Politicians across the aisle have come forward demanding answers and accountability for the disappearance and possible killing of Saudi citizen and U.S. resident Khashoggi, and many are criticizing the Trump administration for failing to place adequate pressure on Saudi Arabia for a transparent and immediate investigation.

It has been more than two weeks since Khashoggi entered the Saudi consulate in Turkey; he has not been seen since. Turkish officials, almost immediately, accused operatives of the Saudi government of murdering him inside the consulate. Saudi Arabia has denied the allegations, claiming that Khashoggi left the consulate freely and shortly after he arrived. However, there is no evidence to support that claim.

Trump has said many things that have drawn outrage since Khashoggi's disappearance. The president told reporters that, regardless of Khashoggi's fate, it "would not be acceptable" to curb arms sales to Saudi Arabia. This week, he held up Saudi's denial of any wrongdoing and compared it to the treatment of Supreme Court Justice Brett Kavanaugh.

"We have to find out what happened first," Trump told the Associated Press. "You know, here we go again with, you know, you’re guilty until proven innocent. I don’t like that. We just went through that with Justice Kavanaugh. And he was innocent all the way. So I was unconcerned."

"So we have to find out what happened and they are doing a very major investigation. So is Turkey. Plus, they’re putting themselves together and doing it," the president continued. "And hopefully they’ll get to an answer as to what happened. But I will say, they were very strong in their denial about themselves knowing."

Kushner's close ties to MBS, or Mohammad Bin Salman Al Saud, the crown prince of Saudi Arabia, is another point of contention. According to the New York Times, Trump's son-in-law and Middle East adviser "has been urging the president to stand by the prince," claiming that "the crown prince can survive the outrage just as he has weathered past criticism."

Given Kushner's and Trump's ties to Saudi Arabia and to the crown prince specifically, some conservatives are implementing a "whisper campaign" to smear Khashoggi and defend Trump, the Washington Post reported.