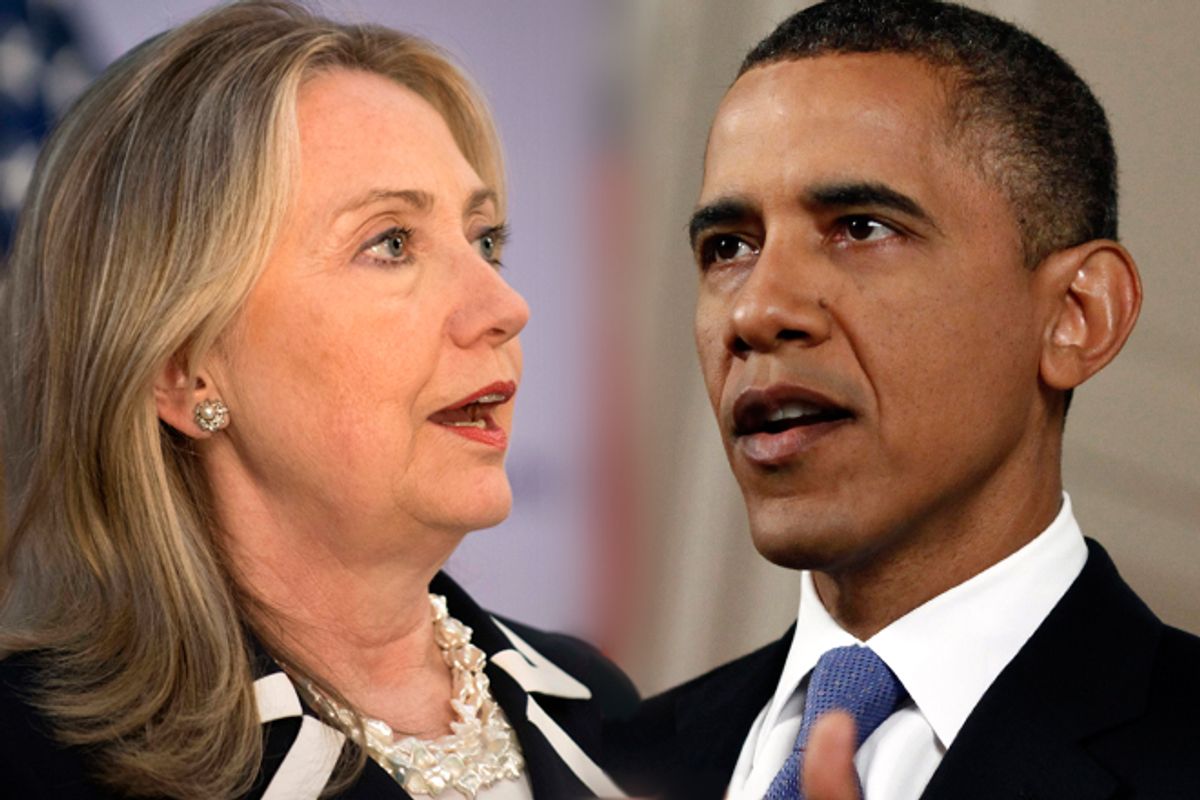 Update: Additional packages have been discovered at the office of Sen. Kamala Harris, D-Calif., Rep. Maxine Waters, D-Calif., and Rep. Debbie Wasserman Schultz, D-Fla (the latter was sent to her office after it failed to reach the office of former attorney general Eric Holder). It is also believed that the package sent to CNN was addressed to former CIA Director John Brennan.

Explosive devices were sent to the offices of former President Barack Obama and former Secretary of State Hillary Clinton, according to law enforcement officials on Wednesday.

The device that was sent to Clinton was discovered on Wednesday morning by a technician who screens her mail, according to The New York Times. Meanwhile the device to Obama was intercepted by the Secret Service in Washington, D.C., according to ABC News. Both devices are considered to be structurally similar to the one that was sent to an upstate New York residence of billionaire philanthropist George Soros, which was discovered earlier this week.

Investigators are working to determine whether the two devices addressed to Clinton and Obama are connected to a pipe bomb found earlier this week in the home mailbox of billionaire George Soros in community near where the Clintons live in Chappaqua, New York, multiple law enforcement officials told ABC News.

The preliminary belief is that all three devices are of similar pipe-bomb-style construction.

The Secret Service stressed that the packages did not reach Clinton or Obama.

CNN also found a suspicious package in its mailroom, which it announced on air on Wednesday, according to CNN. The news network's New York headquarters had to be evacuated as a result, according to Mediaite.

In a public statement, White House Press Secretary Sarah Huckabee Sanders said that "we condemn the attempted violent attacks recently made against President Obama, President Clinton, Secretary Clinton, and other public figures. These terrorizing acts are despicable, and anyone responsible will be held accountable to the fullest extent of the law. The United States Secret Service and other law enforcement agencies are investigating and will take all appropriate actions to protect anyone threatened by these cowards."

Although it is unclear why the packages were sent to Soros, the Clintons, CNN and Obama, the choice of targets suggests a potential political motivation.

Soros has been a particularly noteworthy target of right-wing opprobrium in recent weeks, with conservatives baselessly accusing him of funding everything from opposition protests against Supreme Court Justice Brett Kavanaugh to a migrant caravan with 7,000 people walking toward the US-Mexico border. Some liberal critics have expressed concern that the focus on Soros reflects latent anti-Semitism. Similarly, Trump has singled out CNN as "fake news" on a regular basis for its reporting, which has often shed an unflattering light on his administration.

Despite being retired from political life, Clinton and Obama have also been the focus of considerable right-wing hatred since President Donald Trump took office. The president frequently mentions Hillary Clinton in his tweets and speeches, even though there is no indication that she plans on running for office in the future, and Kavanaugh controversially told the Senate during his testimony that "this whole two-week effort has been a calculated and orchestrated political hit fueled with apparent pent-up anger about President Trump and the 2016 election, fear that has been unfairly stoked about my judicial record, revenge on behalf of the Clintons and millions of dollars in money from outside left-wing opposition groups."

Obama, meanwhile, has been vilified by the pro-Trump crowd since well before the 2016 presidential election. When Trump first considered running for president during the 2012 election cycle, he baselessly claimed that Obama had not been born in the United States and was accused of stirring up racial animus toward the president.