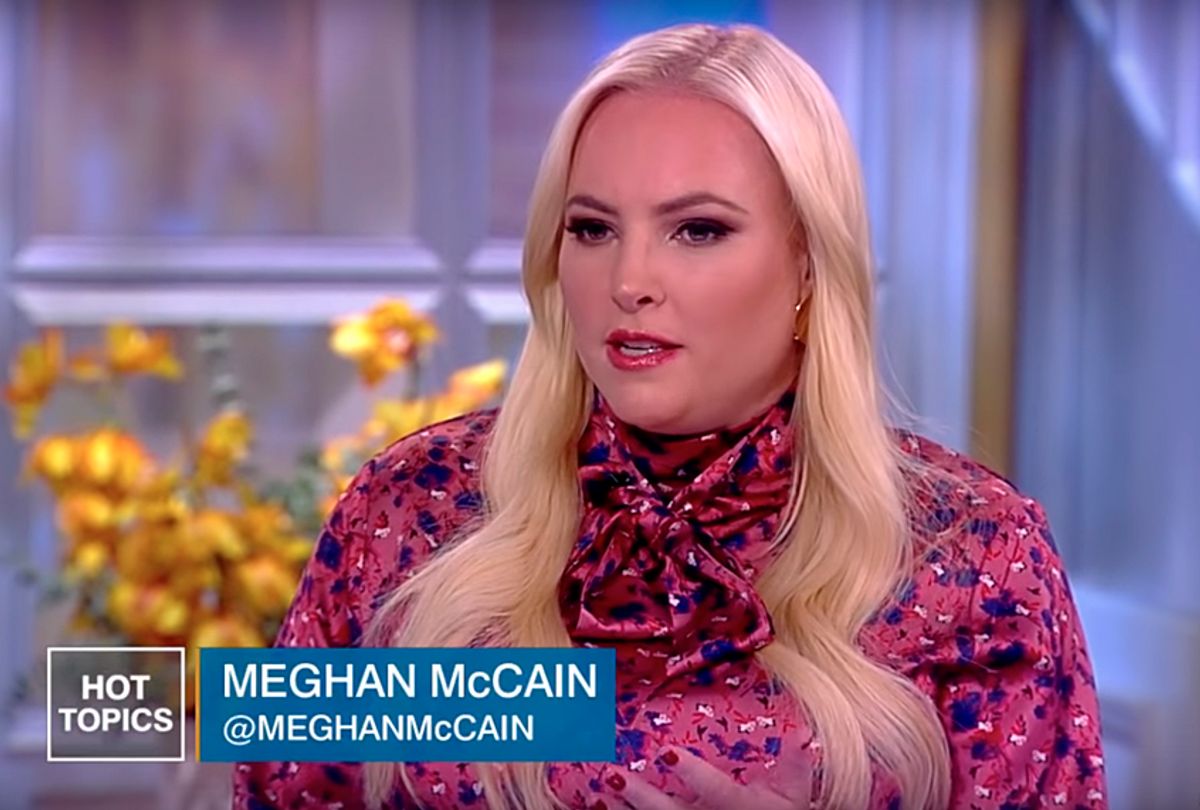 The news that a series of suspicious packages containing explosive devices were addressed to top Democratic figures and CNN inspired panic across the country this week – and ignited a conversation about political discourse in America, which has become increasingly polarized.

As the topic was discussed Thursday by the panel on "The View," co-host Meghan McCain admitted to her colleagues that "she's done so much soul searching" recently, and was willing to admit that she had contributed to the angry rhetoric that is polarizing America. McCain specifically recalled a time when she adopted President Donald Trump's "Crooked Hillary" controversial nickname for his Democratic rival, former Secretary of State Hillary Clinton.

"I said I hate Hillary Clinton, and I called her 'Crooked Hillary.' And it's one of the things I regret doing, because I contributed on television," "The View" co-host said. "Now, this is not saying that I agree with her. I have many vast differences of opinion on philosophy and ideology, and I didn't think she was a great candidate. But hate is not a word that should be coming out of my mouth on television about someone of a different political persuasion."

McCain then called on her peers in the media to hold themselves accountable to "the same standard that I would like to hold the president."

"I implore everyone else in media, because I think we should cop to our mistakes. And I'm damn sure going to continue doing what my father did," McCain added. "I thought, 'What have I done to contribute to the polarization in this country?' And that is one thing that I can own that I did, and I regret."

McCain's Thursday comments stood in sharp contrast to the remarks she made just one day earlier, when she compared the bomb threats encountering Democrats to the heckling faced by Republican lawmakers and Trump administration officials in public eateries. "He's getting harassed and heckled when he goes out in public to have dinner," McCain said about Mitch McConnell.

Her statement came after co-host Joy Behar said that the Republican Party needs to more actively oppose the president's violent rhetoric before someone would get killed or injured. "Every time he says things like, 'The press is the enemy of the people,' his entire party needs to stand up against him and say something," Behar said. "Mitch McConnell, where is he? He's the leader of this party."