GOP's Jason Lewis, who once complained he couldn't call women "sluts," is defeated by a queer woman

Angie Craig unseated Jason Lewis, flipping a key seat for Democrats as they regained control of The Peoples' House 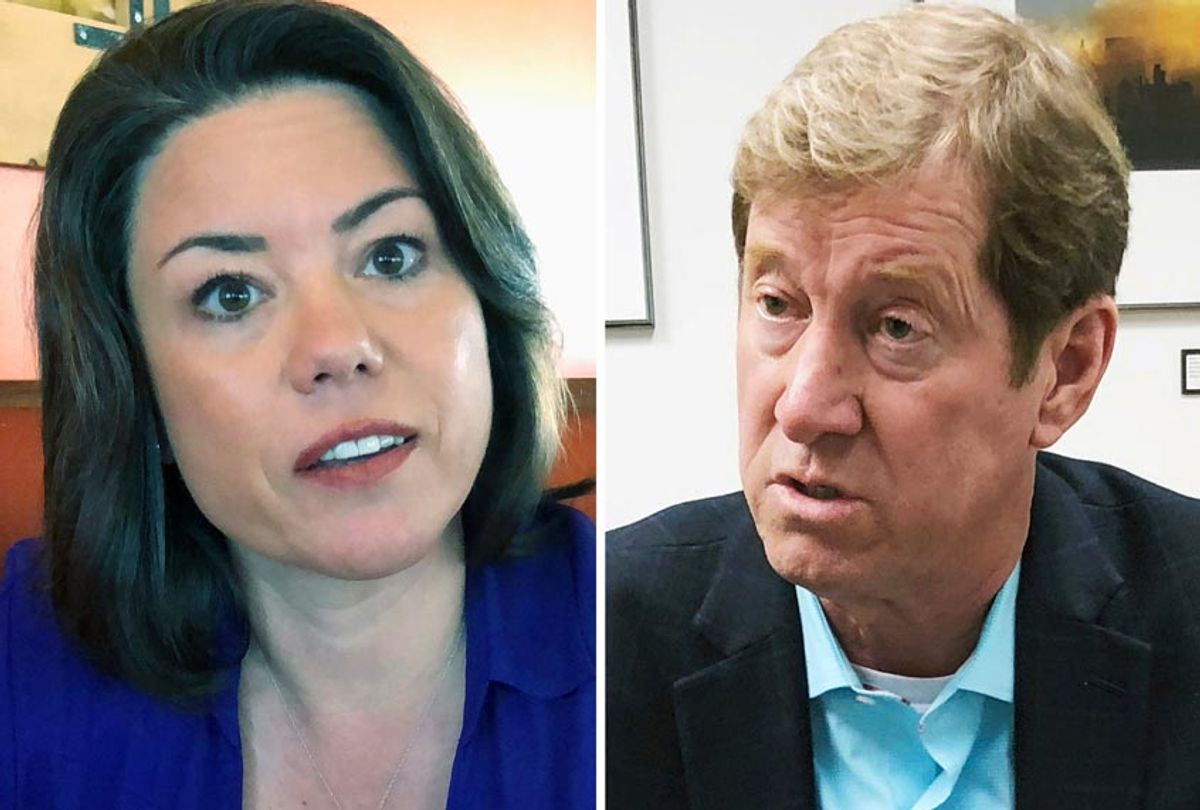 Republican Rep. Jason Lewis, a first-term incumbent who once complained that he could no longer call women "sluts," was unseated by Democrat Angie Craig, a queer Minnesota businesswoman. The "toss up" race in Minnesota's 2nd Congressional District was called by the New York Times, with Craig leading with 52.8 percent of the vote to 47.2 percent for Lewis.

Craig, who will become the first openly LGBTQ person elected to Congress from Minnesota, defeated the freshman congressman in a rematch for the Twin Cities district that President Donald Trump won by less than two percentage points in 2016, flipping a key seat for Democrats as they regained control of the House of Representatives. Just two years ago, Lewis beat Craig by two percentage points.

"This campaign has been about listening to and showing up for the families of #MN02. I'm honored, humbled and grateful for the opportunity to represent our district," Craig tweeted following her victory. "I will never forget where I come from and who I work for. Thank you! Now let's get to work."

Surveys released in the final weeks before Election Day showed Craig with a sizable lead over Lewis. Salon previously reported that the Republican Party was "increasingly pessimistic" about the Minnesota lawmaker's reelection chances.

Democrats and Republicans saw the district as a key battleground, with the National Republican Congressional Committee accusing Craig of "amassing millions in ill-gotten gains" during her tenure as a healthcare executive for a company with a "long history of lawsuits and corporate corruption."

During the campaign, Lewis faced intense backlash for sexist comments he made years ago when he was a radio host. The scandal involved segments from Lewis' old show that were provided to CNN's KFile by Michael Brodkorb, the former deputy chair of the Minnesota Republican Party. A running theme in the clips was Lewis' disdain for women who are sexually active and his desire to see the epithet "slut" become socially acceptable as a way of condemning their behavior and overall character.

"Well, the thing is, can we call anybody a slut? This is what begs the question. Take this woman out of it, take Rush out of it for a moment," Lewis explained during one episode that aired in March 2012, alluding to a controversy in which Rush Limbaugh had referred to then-graduate student and activist Sandra Fluke as a "slut" for believing that female contraception should be covered by health insurance companies.

"Does a woman now have the right to behave — and I know there's a double standard between the way men chase women and running and running around — you know, I'm not going to get there, but you know what I'm talking about. But it used to be that women were held to a little bit of a higher standard. We required modesty from women. Now, are we beyond those days where a woman can behave as a slut, but you can't call her a slut?"

Lewis laughed the comments off during the 2018 election cycle and claimed that his comments were taken out of context.

"They took my comments out of context then. And, if that's all they've got this cycle, I'm afraid they won't have much," Lewis said in July. "My opponent needs to start answering some questions on issues. That's what we're trying to focus on."