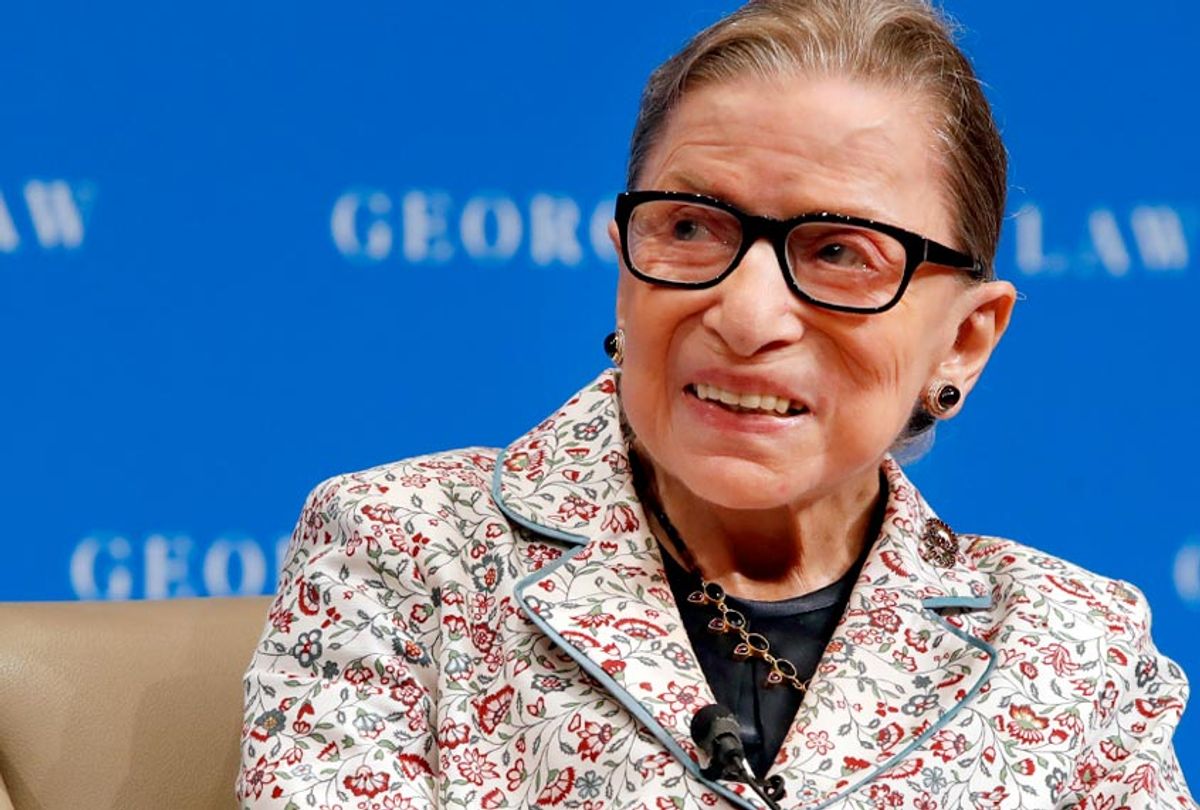 Supreme Court Justice Ruth Bader Ginsburg has fractured three ribs in a fall in her office at the Court on Wednesday she and is in the hospital, the Court said Thursday.

Ginsburg went to George Washington University Hospital in Washington, D.C. early Thursday morning after experiencing discomfort overnight. She was admitted to the hospital for treatment and observation after tests showed she fractured three ribs on her left side.

In her absence, the court is still going ahead Thursday with a special courtroom ceremony welcoming Supreme Justice Brett Kavanaugh, who was confirmed to the court last month after a controversial nomination process that lasted nearly three months. This special ceremony, where colleagues formally welcome the new justice's rise to the bench, is often held after new justices begin their tenure on the high court. President Donald Trump and new acting Attorney General Matthew Whitaker are expected to attend.

Ginsburg has become a pop culture icon and liberal hero, known in some circles as "the Great Dissenter" for her sharp dissents on the Supreme Court, and in others as "Notorious RBG," after another Brooklyn legend. She continues to balance her soft-spoken tone with her unrelenting determination regarding her work, and trains hard to stay in fighting shape, with 20 push-ups and minute-long planks to prove it.