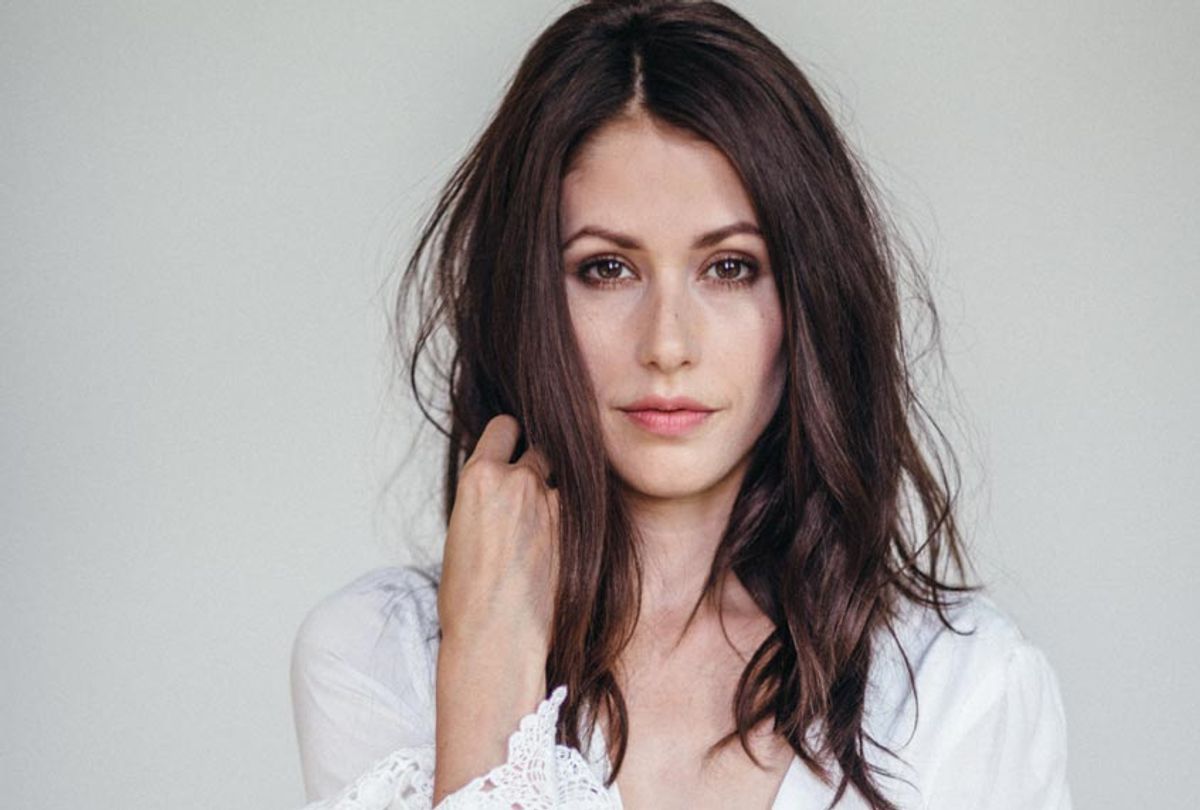 From last week's walkout at Google to the upswell in women's voices calling for gender equity in tech, Silicon Valley women have had something of a reckoning over the past few years. While actress Amanda Crew may not literally work in the tech industry, she portrays someone who does: Monica Hall, her plucky character on the HBO sitcom "Silicon Valley." Though fiction, "Silicon Valley" tackles Silicon Valley's sexism problem through the lens of satire; hence, Crew's character has become a vehicle for the trials and tribulations of thousands of real-life women who work in the tech industry, and who see her as a vehicle for what it's like being a woman in Silicon Valley.

Besides being a dynamic actress, Crew is a voice for those who suffer with eating disorders — which includes 30 million Americans of all ages and genders. Crew got involved with Project Heal, which assists those with eating disorders in accessing treatment, when she realized that being silent about her eating disorder in her early twenties was only hurting her self. Eating disorders have the highest mortality rate of any mental illness, and she believes there remains a lot of stigma around this mental illness. In this interview, Salon spoke with Crew about her activism in the body image field, misogyny in the real Silicon Valley, and more.

This interview has been condensed and edited for clarity.

Nicole Karlis: I’d love to hear your thoughts on Silicon Valley. In the show, there aren’t many lead female characters either except for yours, Monica Hall. How do you think your character fits into the national conversation around misogyny in Silicon Valley — and the tech industry — right now?

Amanda Crew: The show is satirizing the industry, and sometimes the feedback is, “there should be more women on the show.” And it's like, well, that’s not an option because in the industry, there are more men than women. So, I like that they've stuck to keeping it as a man's world because that is what it is. With Monica, we get to see the weird uncomfortable awkward situations of just being a woman around a bunch of dudes all the time in this industry. So many women have come up to me and commented on how like “Oh my God, I do what Monica does. I've been in those situations like [having my office] outside the men's bathroom." I've gotten to know more people, more women in Silicon Valley, and again, it's another space where it's so disheartening and shocking to see that culture and that world and what these women are up against.

How do you think satirizing the excesses of tech, as done in "Silicon Valley," contributes to the overall conversation about the tech's excesses in our society?

Can you share with me how you got involved with Project Heal and what that experience has been like for you so far?

I had decided that I wanted to align myself with an organization that was doing work in the field of body image and specifically eating disorders because I had an eating disorder in my late teens and early twenties. I had never really shared that publicly and had realized that I had been kind of keeping that a secret because I felt ashamed, even though I had recovered and I was healthy again.

I know there's the stigma surrounding eating disorders. There's a misunderstanding around them and I fear that if people knew this about me that they would miss label me as the self-obsessed actress who wanted to be super skinny and took it too far. That's the stigma is so damaging to people who are struggling with this and, who are keeping it a secret and are suffering in silence, when they don't need to. I realized by not speaking out about my journey that I was just furthering that narrative. And so last year I decided that no I didn't want to keep that a secret anymore and I wanted to use my platform for good, and that I wanted to speak out about this.

When I spoke with Kristina [Saffran], who's the CEO of Project Heal, and heard what they were doing I just knew that they were the organization that I wanted to work with. I felt that they had a fresh perspective on it. It wasn't this sterile, medicinal look at [eating disorders]. It’s something that has been so fulfilling for me to give back in the space, and that has been helpful to me too.

That's so inspiring. I'm happy that you found an organization that you really connected with and that seems like it's been life-changing for you. You said you were silent about your eating disorder for a while, was there something specific that prompted you to really want to share your story last year?

I felt just like the political climate last year, and with women's rights and just the energy in the world, you really just saw a lot of women stepping up and not being quiet anymore about a lot of different things. I was also waking up to that realization of like “Oh wow, you've really been silencing yourself about this out of fear of judgment. And that's not helping anyone. And it's not helping you.”

In society, we just want—for example, on social media—to try and show all the good stuff that's going on. That’s the image that we often project to our friends and our jobs and everything. And so we were taught that anything that's dark about ourselves to hide it, and that no one wants to know about it, and that no one wants to see it. We just want to feel happiness, and so like we push that s**t down, and we dismiss it and diminish it. This felt like a way for me to know and honor that part of me because that is who I am, and that has made me the person that I am. Getting through that and recovering is part of who I am.

It sounds like self-acceptance has been a big part of your recovery process. Can you share more about that?

I think it's especially something that women struggle with, I think men have their own version of it, but especially with women and especially with women in the film and television industry. From a young age, everyone would always tell me, “Don't forget you have a shelf life, once you turn 30 or 35 your career is over so start thinking of a backup.” And so you're just constantly made aware that you’re only valued for the way you look.

It’s an awful idea. Magazines only have super young skinny white girls on the cover. Disney movies are about the princess being saved by a guy. All of this messaging says that your worth is based on your outside image, and I was just on autopilot for a while. I never questioned it until later in life which I think is the case for a lot of women. I'm so grateful for the world we're in now because I think younger girls are being raised with a deeper awareness and different perspectives on all of this. And even media is changing, yes there's a lot of work to do, but it's at least changing and shifting and I'm grateful for it. I’m excited for the younger generation because they're growing up with a different narrative or at least another narrative going on. But that wasn't the way that I grew up.

I was really skinny as a kid and had older women praise my prepubescent body, which is a really disturbing thing. They would say, “oh my God, you're a bottomless pit, you just keep eating and you're so skinny, I wish you could eat as much as you and be as skinny as you.” Looking back, it was so damaging, because the message I received was “you're skinny, I wish I was skinny, you're lucky.” And once you lose that, being skinny, you're nothing. When I started to go through puberty and my body started changing it really freaked me out and I felt like I was losing what people valued about me.

Like you said, I do think the narrative is changing for young women today, but with social media there is this pressure to post these perfect photos of yourself.

I'm conflicted on social media because there are also so many of these incredible pages for girls with body positivity messages, and showing them a different narrative of acceptance and demystifying all of those Cosmo headlines. On the other side of it, there are these really influential influencers and celebrity models. They're like 18 and they're getting fillers and they're getting injections, and then photoshopping those photos.

More women are running for office, which is very exciting. I’m curious what you think can be done at the legislative level for people who have eating disorders?

It’s so great to see more women running, because the only way that we're going to have women's health recognized is with more women there. The most alarming thing to me since getting involved with Project Heal is to see how unrecognized the [eating disorder] space is as far as funding, and the level of seriousness that people take it. I think again there is a stigma around it, that it's a choice, that it's just kind of a woman's vanity issue when in fact it actually affects — a third of people affected by eating disorders are men, and that's also something that like I can't imagine how hard it is for men who struggle with eating disorders.

There’s a stigma that it's a woman's issue. So what guy is going to come forward and say, “I'm struggling with this.”  Also, for women of color it's it's really not recognized either. They say that it’s a white girl's problem, and that's not true. It doesn’t discriminate [for] gender, ethnicity, socioeconomic background or any of that. This affects 30 million Americans, yet only 10 million dollars is being raised each year collectively for these organizations.